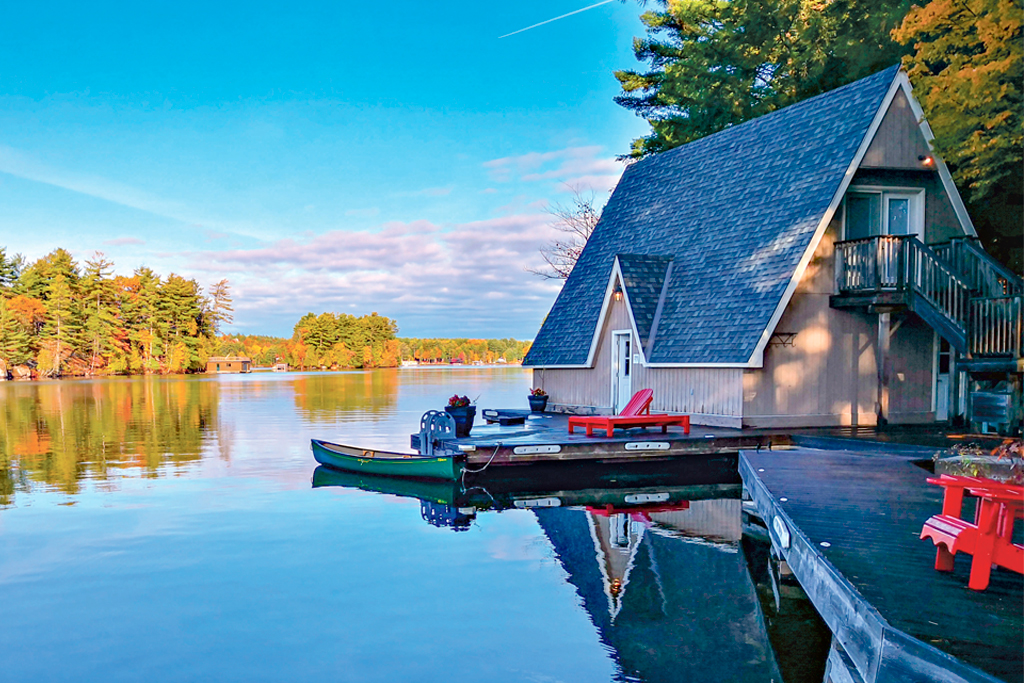 Anger has flared up in cottage country over the last two months of the pandemic as rural towns raised the alarm over the lack of health-care capacity to deal with a bunch of city slickers who decided that isolation lakeside seemed like a better idea than dealing with the crowds in the big city.

One person, who apparently wasn’t even a cottager, was accosted on the streets of the Muskoka town of Bracebridge, later reporting on the incident via social media.

“A woman came up and swore at me, said I was disgusting for coming north. Technically I think I came south from Bala, to be honest, but it’s crazy here,” wrote Gareth Seltzer.

And it’s only just beginning. Once the mercury rises, and Mother’s Day weekend and the Victoria Day long weekend come into focus, there will be cottaging. The only question is whether or not people will have to break the law to get there.

Based on recent comments by Premier Doug Ford, the provincial government is heading in the direction of giving the thumbs up to cottaging, given that all the other COVID-19 safety measures such as physical distancing remain in place just like any other part of the province.

“There’s only so long you can hold back taxpayers from going to their cottages,” Ford said, during a pandemic update on May 4.

The sentiment might not be consistent across cottage country, but there are some regions such as the Kawartha Lakes that acknowledge what will most likely happen.

The mayor of Kawartha Lakes, Andy Lethem, indicated that he believes those coming from the city to their second homes or cottages will behave appropriately.

“They get it. We just don’t have full business as usual … and they know that,” he said. “They’ve been coming up for 35 or 40 years. They’re part of the community, and, in my opinion, they totally understand, and I’m very confident that 95 per cent will act accordingly.”

Ontario remains under a state of emergency until at least May 12. Currently, there are no marinas, no boat launches, and no hiking trails open, in addition to all the other businesses closed throughout Ontario. But things are changing quickly and some businesses are already reopening this week.

In addition, it is not against the law for Toronto and area residents to head to their second homes or cottages, although the prevailing guideline dictates that people shelter in place and keep to the rule of essential travel only.

As the traditional cottage season rolls around, which usually begins on Mother’s Day weekend, the natural inclination is to consider options. The Province of Ontario has said it is flattening the curve and planning is underway on how parts of the economy might be opened up.

The question about opening up is something that Premier Doug Ford has already heard over and over, and he has been clear, most recently on a radio interview on CFRA 580 in Ottawa on April 22, that, if and when things open up, it will be a trickle at a time. And any talk of opening the full economy up for the May long weekend is completely wrong-headed.

“I realize people are getting a little antsy, but nothing’s more important than our health,” Premier Ford said.

According to an April 22 report, there have been 218 cases of COVID-19 in the Simcoe Muskoka region as well as 15 deaths. But the issue is that there are just 48 critical care beds in the area.

The situation in Haliburton and Kawartha Lakes is even more critical where there have been 137 cases and 33 deaths as of April 22. Many of those in one long-term care centre.

“We’ve been OK, but at the Pine Crest Nursing Home we lost 29 residents out of a very small home in Bobcaygeon, and that was a huge blow to our community,” said Lethem. “They are recovering there, and it’s settled down.”

The area is much smaller than Muskoka and has few health-care resources, including zero ICU beds and two ventilators that are used for transportation.

Earlier this spring, local physicians released an open letter via social media to the public and government regarding cottage country concerns.

“We collectively have a lot of work to do and look forward to when this threat is behind us and we can all rest and truly enjoy our county again. Until then we ask that you recognize the limits of our local health-care system and consider remaining at your primary residence where you will receive more advanced care if you require it,” the letter reads, in part.

Some local politicians are doing what they can to dissuade seasonal residents from making the trek to the cottage to wait out the pandemic.

Mayor Mitch Twolan, of Huron-Kinloss, which includes cottage communities along Lake Huron south of Kincardine, went to greater lengths than most, when he announced that he would not turn the water on for vacation homeowners.

“We will not be turning on the water for seasonal residents,” Twolan said in a video statement released via social media. “We are contacting all of our local tradespeople to let them know. Now is not the time to reopen your cottage.”

Part of the concern in March and early April was that seasonal residents wanted to hit the cottage earlier than usual and that that would be a problem not just for local health-care capacity, but also for things such as the local food supply.

Lethem said that people need to keep that in mind if they feel the need to come up to their second home.

“We encourage them to bring their own supplies, bring as much as you can, so you are not putting a strain on local supplies,” said Lethem. “By May, most businesses are used to the influx of seasonal people coming up to cottage country and should be well supplied.”

Another important consideration is that in these regions tourism is the main economic engine, in addition to agriculture.

Lethem said that the loss of the season in cottage country would be nothing short of catastrophic. But as cottage season approaches, hopefully the future will be more clear as will the direction regarding cottages.

“At the end of the day, it is up to them [cottagers] to make the common sense decision,” he said. “People get a little squirrely and want to do stuff, and it’ll become harder and harder to keep [following the provincial] mandate, that’s for sure.”