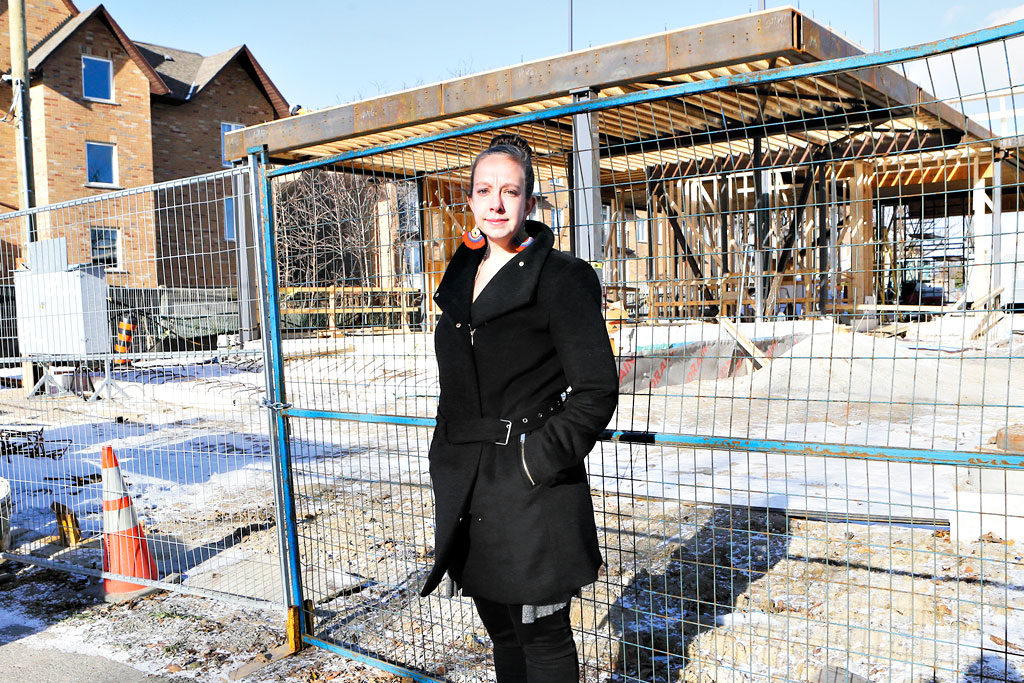 Come next summer, the North York Women’s Shelter (NYWS) will have a new 24,000-square-foot emergency shelter and community services hub, thanks to funding from both the province and the federal government. It will be located at 940 Sheppard Ave. W

“This was a once-in-a-lifetime opportunity,” said Vicky Sage, program manager at the NYWS. “There were seven rooms for 30 beds, which is not a dignified and respectful way to support women and children leaving violence.”

The NYWS has helped over 11,000 women and children since 1984. What was once a 3,000-square-foot building with just enough amenities to support the people coming through will soon become a $12 million facility, spread across two buildings.

The first building will be an emergency shelter and residence, with 17 bedrooms, each with a private bathroom and a capacity for 40 women and children. The second building is the community services hub.

“We have the advantage because we applied for funding to tear down and build something new, not renovating, we were able to start with a blank slate and draw on 30 years of research,” said Neila Poscente, the campaign director at NYWS, “and understanding of what is required in women and children experiencing violence, what do they need.”

As a result of these decades of research and working with women, NYWS was able to determine that those needs included a community services hub, with a health clinic that specializes in physical and mental trauma that will be one of many services offered at the new facility.

“We have a model that will support women in finding housing, employment, financial support, education, anything they need to help transition back into the community,” said Sage. NYWS also has legal counselling to help women navigate their way through the legal system.

“What I’ve learned is that 60 per cent of the people living in women’s shelters are actually children.”

According to data from the City of Toronto, the average nightly number of people served in Toronto’s emergency shelter system has increased from 4,095 people in 2016 to 5,657 in January 2018. Women’s shelter occupancy rates across the city are routinely at 99 per cent capacity; family shelters are at maximum capacity. And it is estimated that every night 185 women and their 238 children are sleeping in women’s shelters. Not only are these shelters at capacity, shelters turn down about 20 women and 15 children every night.

“The one thing I’ve learned since I’ve been working here is that 60 per cent of the people living in women’s shelters are actually children,” said Poscente. “When [women] decide to leave a violent home, they take their children, too, because the children are not safe either.”

With that in mind, the NYWS will have a child youth worker offering programming and support for children of all ages, kennels for pets and playrooms. Another unique feature is interconnected bedrooms, as well as larger units for families.

“What we are seeing more and more of is larger families,” said Poscente. “Like women, maybe with their mother, and a large group of children coming as a family to escape violence.”

Accessibility was also a point of emphasis when designing the new shelter. According to the community needs assessment conducted by the NYWS, women with disabilities are two times more likely to experience abuse.

“What we find here in Toronto, because of the housing situation, it is a challenge to find affordable housing for women to move out of the shelter,” said Poscente. “So the stays are longer, six to nine months, and we would never put a woman out on the street.”

Construction on the new women’s shelter is projected to be complete by spring of 2019.