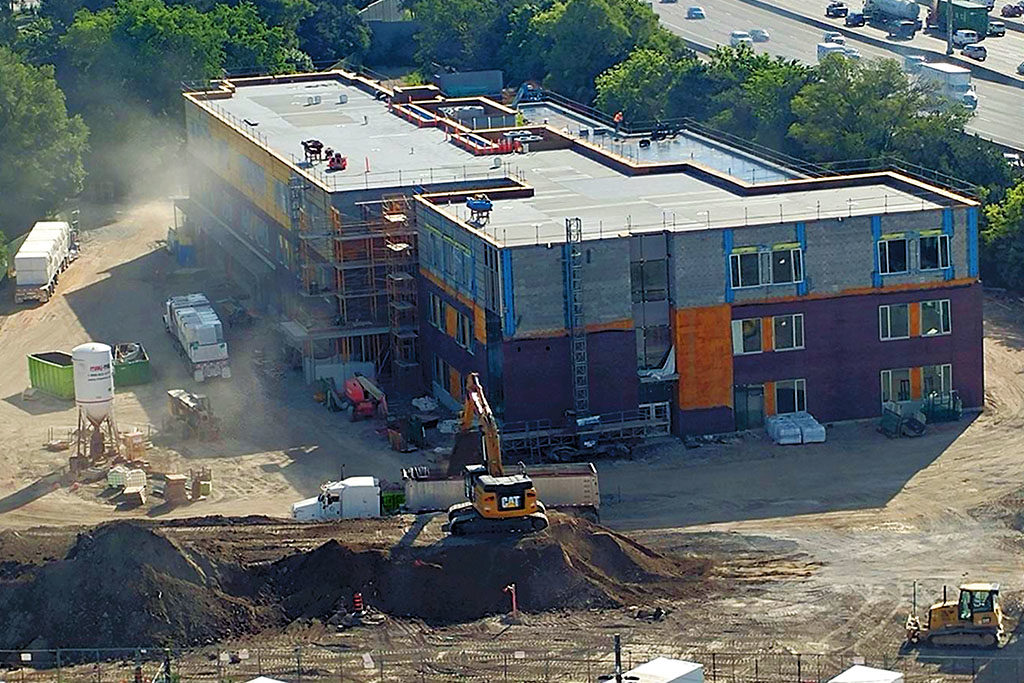 Students of Avondale Public School and Avondale Alternative School were disappointed back in September to learn that renovations of their school would not be completed in time for the 2018–2019 school year.

Construction on Avondale P.S. began in 2016 and was originally slated to be completed in January 2018. However, ongoing delays stalled the projection, and recent population growth in the area was cited, requiring an additional storey to be added to the building.

Vaughan-based Bondfield Construction has established itself as a builder of publicly funded and institutional properties, having built high-profile projects, like the Union Station revitalization project, as well as university and college buildings. However, the company has been under fire recently after a Globe and Mail article identified 12 Bondfield contracts that were severely delayed or terminated. The article also revealed that many of the subcontractors for these projects had not been paid, leading to work stoppages.

Like with many other projects, work on the Avondale site halted, further inconveniencing the Avondale community.

“I do not have complete confidence in this, given the ongoing issues.”

“Initially, when the word came to us that the work had stopped because of a pay stoppage to the subcontractors, I was taken by surprise,” local school trustee Alexander Brown said. “My understanding is the work is up and running again, but I am not sure that it is 100 per cent up and running.”

TDSB staff met with Bondfield and their bonding company, Zurich Investments, in October to discuss the progress. Bondfield told the Toronto District School Board (TDSB) that everyone had been paid up to date, and that work would resume.

In a written statement to Post City, Ryan Bird, a spokesperson for the TDSB also confirmed that all outstanding issues with Bondfield construction have been resolved.

“We have resolved the outstanding issues with the contractor and construction has once again resumed. At this point in time, the completion is still set for March 2019,” he wrote.

Despite these reassurances, Brown is not convinced.

“I do not have complete confidence in this, given the general contractor’s ongoing issues with many other projects that it is responsible for,” he said. “Not the best-case scenario given the frustration that parents and members of the Avondale community have been dealing with.”