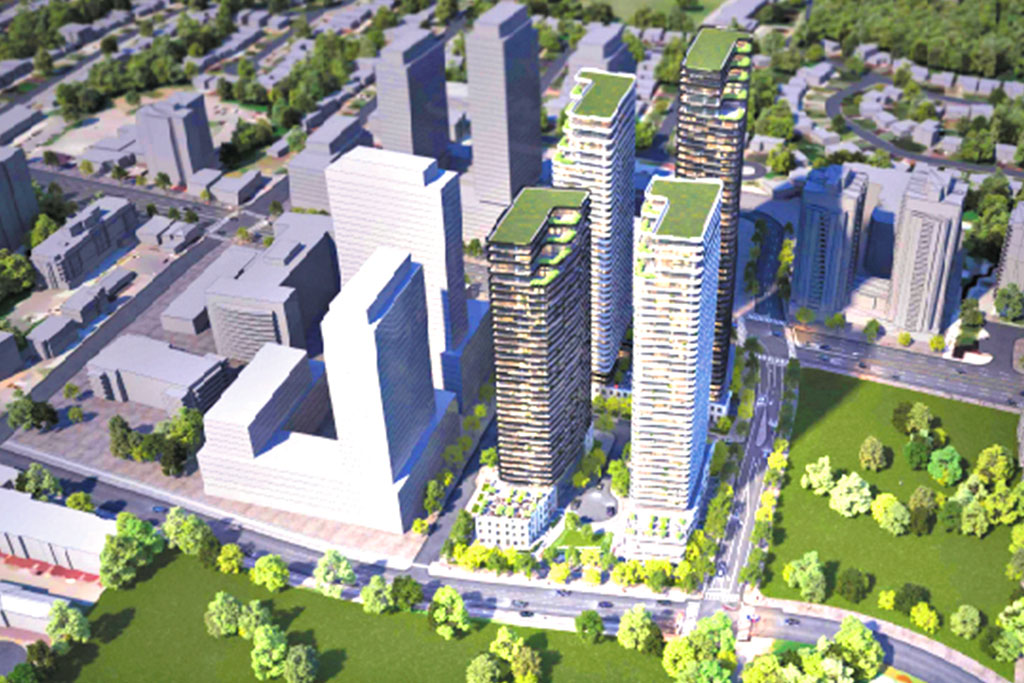 An application has been submitted to the City of Toronto that, if approved, would see the development of a site currently used as temporary accommodation for refugees and asylum claimants in North York.

Recently, planning consultant Bousfelds Inc., on behalf of owners the Times Group Corporation, submitted an application to the city as part of a proposal to construct four new residential and mixed-use towers ranging in height from 34 to 44 storeys at 5800 Yonge St.

The site would also feature a new public park.

According to Hamid Ghadaki, senior project manager with Times Group Corporation, the site, which was formerly a North York Toronto Hydro building, was purchased in 2018.

It is currently leased to the city for approximately $515,000 a year for a two-year term that began in October of 2018 and is due to end in September of this year.

“It is a 200-bed shelter specifically serving refugees to Canada,” said Hania Ahmed, the communications and community engagement co-ordinator for Homes First. “Staff there provide support around securing financial aid, such as OW [Ontario Works], finding housing and assistance through the refugee application process,” Ahmed said.

Ghadaki does not expect the development application to impact the refugee centre in the immediate future. He noted the lease is due to expire in the fall of this year, at which time Times Group will see if the city is interested in renewing.

“The approval process takes a number of years. It usually takes two to four years, depending on the site and what you’re applying for, to get approval,” explained Ghadaki.

“So we know that the building could be available for a few more years. Once the city has decided what they plan on doing, at that point, we would speak with them about a renewal, if they are so interested. And likely we would be able to renew for another year or two after this term,” Ghadaki said.