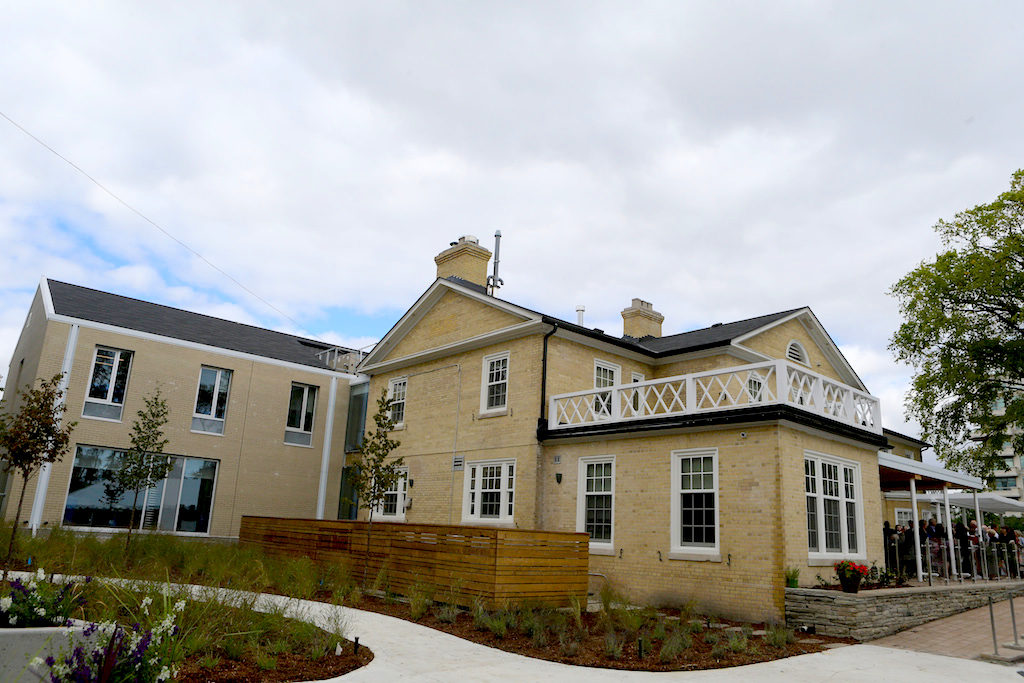 The official opening was celebrated by a reception with donors, politicians, and community organizers. The facility is entirely donor-funded, with over two hundred supporters attending the reception.

Nicole German, Maddie’s mother, spoke of her hopes for the new facility at the opening. “These facilities and gardens not only serve as a beautiful legacy for a special young lady, but is fundamentally changing and saving the lives of young people,” she said, “providing a community of care for these youths and their families that is unprecedented.”

The facility actually began accepting patients in June, after the Child and Adolescent Mental Health and Adolescent Eating Disorder Outpatient Services facilities were transferred from the Branson Ambulatory Care Centre to the new facility, located at 10 Buchan Crt. Officials at the facility say they receive an average of four and a half thousand mental healthcare visits a year.

At the official opening on Sept. 4, Deputy Premier Christine Elliot noted her support for the new facility. “[Phillips House is] a great example where everyone can come together in support of a vision”, she told the crowd. “A vision of repurposing a historic property and to reimagine how mental healthcare can be provided to children and youth in your community.”

Sandy Marangos, a clinical director at NYGH, said it had been around an eight-year process to set up the facility. “It’s really hard for anyone with a mental health issue to seek treatment. The stigma is still very much a huge factor. So with kids in particular, we wanted to make sure that they were coming to a place that wasn’t institutional,” she said, “Being here doesn’t feel like you’re in an institution. The environment is a huge part of their success and their treatment.”