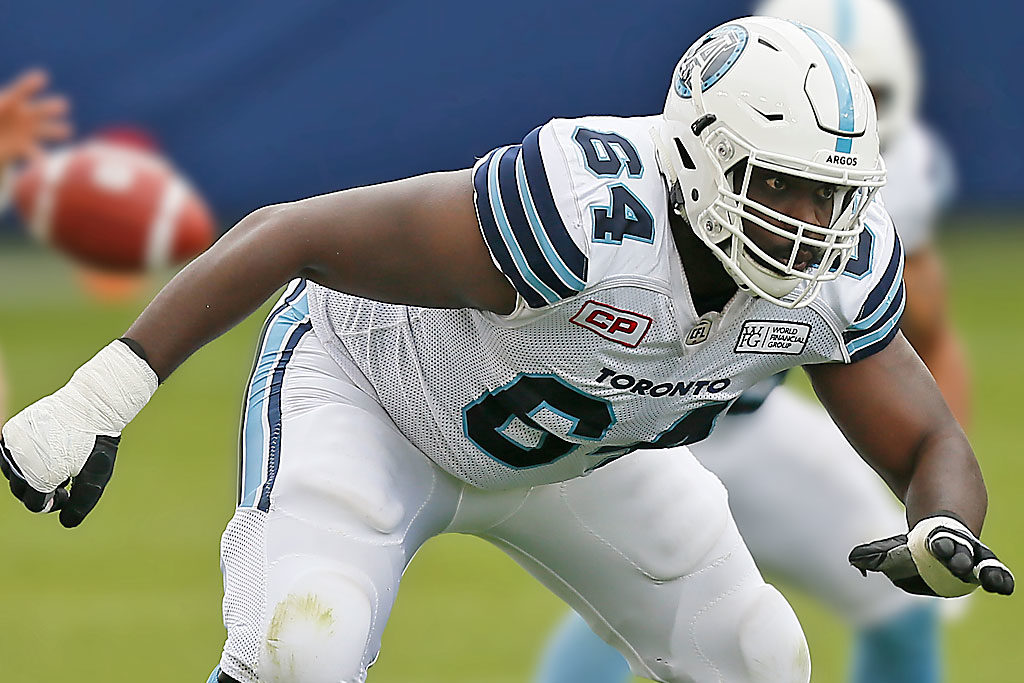 For some people, it can take years of schooling and soul-searching to figure out what direction they want their life to go in. But in the case of J’Micheal Deane, offensive lineman for the Toronto Argonauts, he knew from an early age that football was his calling.

Deane began his career in Toronto at Newtonbrook Secondary School in North York where he was a four-year starter and a member of the Ontario Varsity Football League’s Metro Toronto Wildcats.

Deane then played football at Michigan State before being drafted to the CFL, first playing for the Calgary Stampeders, then the Ottawa Redblacks and eventually being signed to the Argos this year.

Although he recalls playing football in middle school, it wasn’t until his time at Newtonbrook that his ultimate path began to take shape. He not only attributes that time with helping to shape his overall career trajectory, but also to strengthening his resolve and getting his priorities straight — namely, improving his grades.

“In high school, I wasn’t the best student, so I had to go to summer school. I had tutors. I had to do everything I could to get my grades up,” he says, adding that you can have all the talent in the world, but if you don’t have the grades to go with it, achieving your goals becomes that much more difficult. He had help on that front, however.

“During my time in high school I had great mentors,” he says, citing his principal at the time as someone who was particularly encouraging.

“Basically, in my 10th grade, the principal at that time, Mr. Jim Spyropoulos, he saw me and would not let me get away with anything because he knew that if I just kept my head on straight that I could get a scholarship.”

And he did, eventually earning a scholarship with Michigan State.

Deane is currently enjoying being part of the Toronto Argonauts as an offensive lineman.

“We have a really good team here and finally got ourselves a new home in the former Don Bosco Catholic Secondary School. Everything on the up and up with the Argos,” he says.

“When I meet people on the street, and someone asks if I’m an Argo and they’re impressed, that feels great,” says Deane who has played seven games with the Argos this year. Playing football hasn’t only been a career for Deane, but also a significant learning experience. He notes that the game has had a huge impact on his life and who he is today.

“In a 60-minute game, you’re dealing with adversity the whole time, and that makes other things in life seem more miniscule,” he explains. “Sometimes I’m having a hard time, and then I think back to really tough times on the field or particularly tough practices and draw on those moments to get through other times that feel difficult. Football teaches you perseverance.”

When he’s not playing or practising, Deane likes to read and also dabbles in cooking. Although he doesn’t have any signature dishes, he is comfortable in the kitchen. “I like to say I can cook everything. If you give me a recipe I can cook anything.”

He does have some words of wisdom for anyone eyeing a career in professional sports.

“For anyone passionate about a career in sports, you’re going to sacrifice a lot and miss a lot. Being a football player is a life of sacrifice, but at the end of the day, it’s all worth it,” he says.

“I wouldn’t want to start all over. I’ve learned so much.”