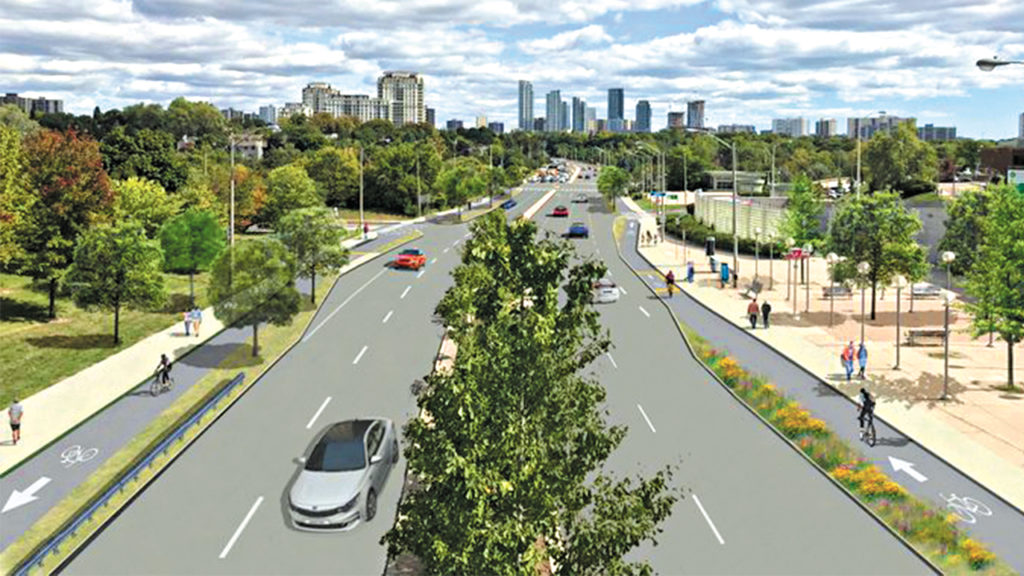 Despite the onset of winter, the city of Toronto recently approved a massive expansion to its cycling network, and it looks like Willowdale will soon have its first separated bicycle loop as well.

Markus O’Brien Fehr, chief of staff to city councillor John Filion, said advancing suburban cycling projects is rarely easy, but growing the local cycling network is a critical step toward getting the community moving better, more safely and with fewer greenhouse gas emissions. But it’s not without its challenges.

“Growing the cycling network in North York is a challenge because it’s an exceptionally polarizing issue,” he explained. “Many residents are upset that a better network wasn’t delivered decades ago. Others have chosen suburban living because its infrastructure has been traditionally more conducive to a car-centric culture and are not willing to give up their space on the road.”

According to Fehr, the city will resurface Sheppard Avenue East in 2022, starting with the stretch between Bonnington Place and Bayview Avenue. The road will maintain the same number of traffic lanes but with a smoother surface and redesigned turn lanes, making it more efficient for cars.

New sidewalks, new pedestrian crossings, and a new cycle track will also make it a critical part of encouraging more active trips through the neighbourhood.

This project presents an opportunity to efficiently complete the cycle track started on Willowdale Avenue two years ago. When the Sheppard project is completed east of Bayview, a complete cycling loop will be in place composed of Sheppard East, Willowdale Avenue, the Finch Hydro Corridor and East Don River Trail.

“In the case of Sheppard East, the staff have done a good job of coming up with a proposal for cycling infrastructure that has a minimal impact on lanes for motor vehicles,” Fehr said. “In cases where lanes aren’t lost, cycling becomes an easier sell to the public. The project also creates a natural loop in central North York, which hopefully increases numbers using the network. As bike networks become better connected and better used, they will in turn likely also become more accepted by the public as a whole.”

Fehr said, with the pace of growth, especially along Sheppard, alternative transportation options are key.

“The suburbs are rapidly intensifying, and the ability to add road capacity is limited,” Fehr said. “This requires a better balance between many types of transportation, including walking, cycling and public transit, to maximize efficiency.”