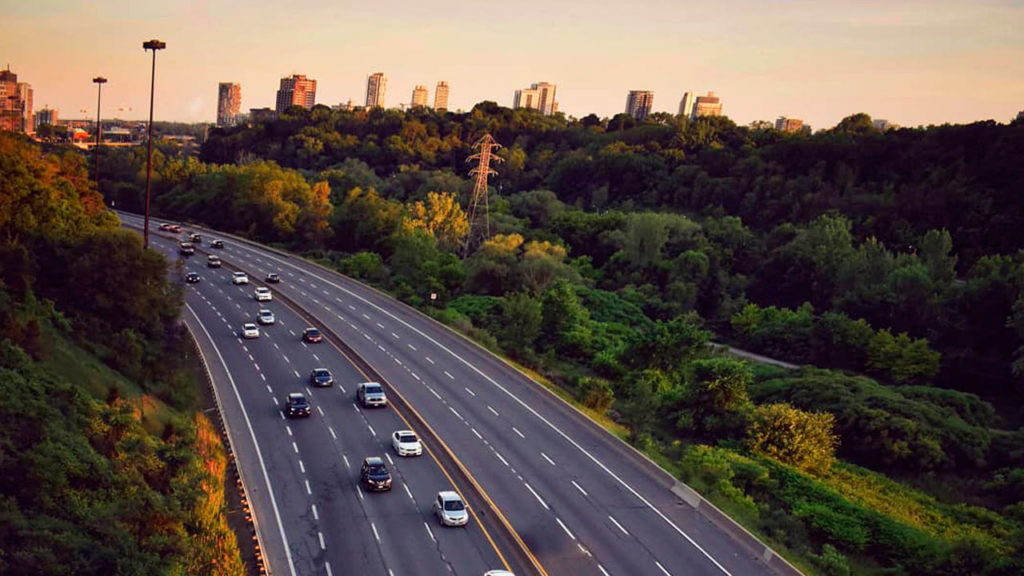 Many residents of central Toronto who live within a few kilometres of the Don Valley Parkway, Highway 404 and other roadways are all too familiar with the noise. The peace of a quiet evening at the park or at home in bed with the window open is broken by the high decibels emitted by modified cars and motorcycles racing on the Don Valley Parkway. And people have had enough.

Residents around the Don Valley Parkway continue to suffer from the noise caused by modified vehicles racing along the highway.

The cars aren’t just modified for racing. They are modified to emit loud, abrasive, and some might say gawd awful, sounds.

In a statement to Streets of Toronto, councillor Jaye Robinson said the issue has persisted in recent years.

More specifically, Robinson outlined it as a common issue on the Don Valley Parkway (DVP) and the Bayview Extension.

She mentioned that noise pollution of this kind causes several problems, both mentally and physically.

“The impacts of noise pollution on mental and physical well-being are well-documented, ranging from hearing loss to sleep disturbance and cognitive health effects,” she said.

But the city hasn’t given up on reducing the noise caused on the DVP.

In this effort to enforce higher fines and rules on vehicles that use noisy modifications, the City of Toronto is appealing to the provincial government.

In a news release last month, Mayor John Tory outlined that the city is seeking the following:

• Develop stricter and more specific regulations on vehicle modifications, including provisions to allow for periodic inspections of vehicle exhausts and potential modifications.

In the same news release, the city said it would do the following when reviewing its noise bylaw next year:

• Report back on technological developments on noise-activated cameras and automated noise enforcement.

• Examine the health impacts of noise with the help of Toronto Public Health.

• Report on noise from city vehicles and fleets, including garbage trucks.

Merlin Hargreaves, who lives in Leaside, describes the noise from modified vehicles as a loud disturbance.

And as the warm weather hits, so does the commotion.

“As soon as the nice weather hits in the spring and early summer, we start hearing loud revving noises coming from the direction of the Millwood Bridge,” said Hargreaves.

“This usually starts right around the time we are putting our kiddo to sleep and continues until after we go to bed. It makes it hard to go to sleep all summer.”

And according to other residents, some say current bylaws aren’t always being imposed.

“They’re neglecting to enforce their own bylaws,” said Ingrid Buday, who lives by the Gardiner Expressway.

Buday is an active member of the DVP Noise Action Group and has been interested in noise reduction for a bit over a year.

She does sound measurements from people’s balconies to understand the way noise travels and how it’s affecting day-to-day life.

“What we’re learning is that a highway — the DVP for example — generally puts out about 70 decibels, give or take. Maybe it drops down to 60 at night … and that is like a white noise,” she said.

“What we’ve learned over the last couple of years, people have noticed the spikes of the noise.” Buday said this is mostly due to motorcycles racing at night.

She recalled that Ontario’s Drive Clean program that checked emissions and exhausts on a regular basis was a great starting point to reduce the sound from modified vehicles on the DVP.

But the campaign discontinued back in 2019, a move that she said now allows people to “do whatever they want.”

“There’s no blitzes. With the R.I.D.E. campaigns that happen for drunk driving, everyone gets pulled over and everyone gets assessed. Here, the police and the city could do that, but they don’t,” she said.

For other residents, the noise made by the DVP is so distressing that they’re considering moving out of the city.

Jodi Goldfinger, who resides in the area, said the noise doesn’t allow her to sleep with the window open. Like Buday, she feels the city is not doing enough to combat the problem.

But when Goldfinger spoke to a Toronto Police Service community relations officer, he told her officers can’t chase people on motorcycles.

“The motorcyclists know that,” she said. “And he was saying a lot of them will pull up to police officers and pull wheelies.”

She’s heard friends mention that the DVP should be put down to one lane at night. She doesn’t think that would be a fair decision to make for the whole of the community.

For Buday, the question of fairness is a good one to ask.

“It’s unfair that one person in one vehicle … can wake up hundreds of thousands of people,” she said.