No longer the next big thing, time is now for indie king - Streets Of Toronto
Skip to content 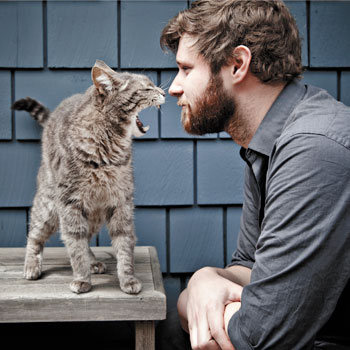 When Dan Mangan rolls into Allen’s pub on Danforth Avenue for an afternoon pint, he’s bearded and a little ragged from an early morning appearance on Canada A.M. That’s a good thing. He fits the image of the husky-voiced troubadour whose characteristic growl, insightful lyrics and passionate performances have propelled him to the cusp of stardom. With a new album just released and a massive tour to follow, Mangan seems ready for prime time.

Oh Fortune is Mangan’s third album, and it follows on the heels of his breakout record, Nice, Nice, Very Nice, which, among other things, sat atop the iTunes Canada best-seller list for a whopping six months and garnered the 28-year-old high-profile performances at such prestigious festivals as Glastonbury in England. He’s that good.

And it becomes readily apparent that Mangan isn’t one to crow about his art offhandedly.

This is a guy who set his expectations so low it took him years to quit his job waiting tables at the Keg, and even then, they kept him on the payroll for four months “just in case,” while he toured around the world.

“This business is full of disappointments, so the healthiest thing for me is to have low expectations so everything is a victory and it keeps things exciting and keeps you hopeful,” Mangan explains.

“Getting comfortable is a recipe for self-sabotage.”

Still, Mangan is now selling out the Orpheum Theatre in his hometown of Vancouver and checks into another major venue, Toronto’s Queen Elizabeth Theatre, this month. Bob Dylan plays the Orpheum. Jeff Tweedy and John Hiatt play the QET.

Mangan is no longer the next big thing. He’s just big.

And the songwriter, who spent four years living in Toronto as a child while his mother, a minister in the United Church, worked in the Beach, is quick to heap praise on his band for helping him grow his sound.

“It is great to be in the band I’m in,” says Mangan, who has slowly poached players from Vancouver’s music scene, primarily those involved in experimental jazz. “More than ever, this is a band project, and the guys that help shaped these songs are an integral part.”

The album, says Mangan, despite the big-time label and increased media attention that comes with it, is probably his most creative and least radio-friendly. It will find an audience. It will garner critical acclaim. Whether or not it will make Mangan a mainstream success story remains to be seen.

For example, the album’s most upbeat, fun and radio-friendly track is “Post-War Blues,” a song about post-traumatic stress disorder and the tendency of governments to ignore young soldiers with such illnesses upon their return. It is that type of juxtaposition that Mangan enjoys.

“I think I’ve made a really morose record in a way,” Mangan says with a laugh. “But in a sense it is a bit of a celebration, too, because the titles and themes wind intricately through death and then hopefully back to the gloriousness of understanding that there is a deadline. There is death. And, therefore, that makes life all that more meaningful. If there was no death, we’d be incredibly bored.”