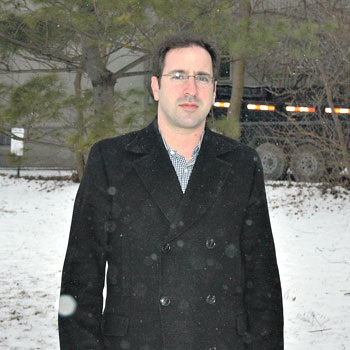 Robertson Davies Park, located on Avenue Road north of Dupont Street, is surrounded by single-family homes and old, towering trees. It may soon have a new neighbour: a nine-storey condo at 289 Avenue Rd., which has some residents apprehensive. Pam MacDonald, president of the Rathnelly Area Residents Association, is unhappy with the proposal.

“This specific development started out as double what the bylaws allow,” says MacDonald, referencing the original proposal of 11 storeys. The maximum height for the area is five storeys. “That’s just flagrantly saying, ‘We don’t care.’ ” She also says that the developer wishes to cut down some of the park’s trees, though they have promised to plant new trees.

Coun. Josh Matlow, who is optimistic for compromise, has assembled a working group of residents from the area with varying viewpoints on the subject. “I want to make sure that there’s a diversity of opinion,” said Matlow, who wants to include those who are both opposed and welcome to the development. “I don’t believe in public consultation where you’ve already decided what you want the outcome to be.” In late March, he learned that the developer had agreed to meet with his working group. He hopes that a compromise can be reached before the application ends up at the Ontario Municipal Board.

MacDonald would be welcome to development that is slightly more scaled back and aesthetically pleasing. She is inspired by the design of the Oakland condominiums, just north of Robertson Davies Park, which she thinks should be the precedent for this project. “It’s tiered, set back from the road. It’s got a lot of landscaping, and its absolute height is five storeys.”

One resident who has mixed views on the development is Tim Falconer, who would be open to a development if there were retail at grade. “At the last meeting, I got the impression that the community was against it,” Falconer said, “My point of view is that stretch of Avenue Road is a planning disaster. There’s not a dry cleaner or a food stand or a coffee shop. We’re right in the centre of the city. This should be a walkable community.”