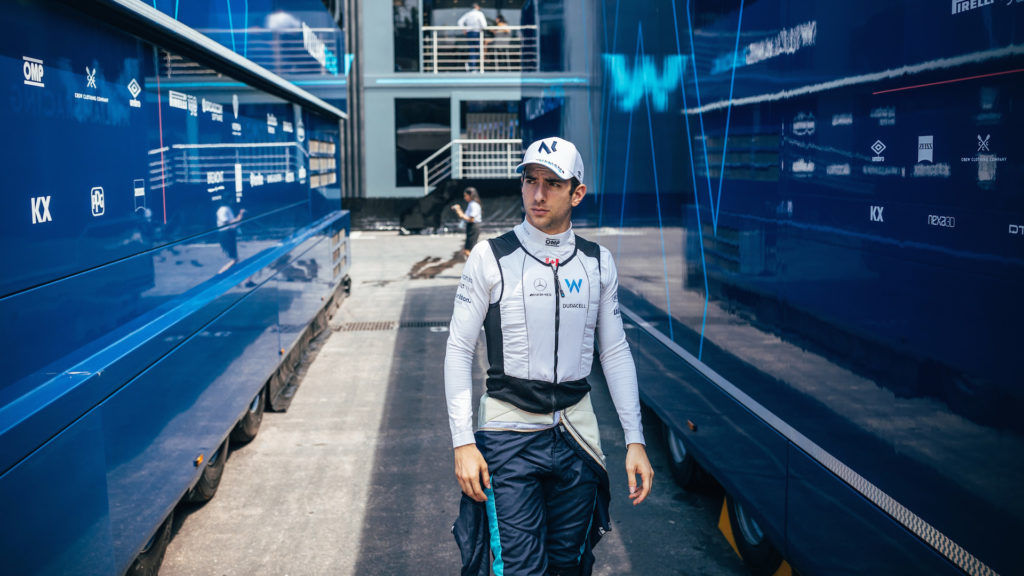 He and racer Lance Stroll from Montreal get the honour of being the only Canadian drivers to enter F1 in over 20 years.

So how did Latifi, a former Crescent School student and a kid who grew up in Toronto, become one of only 20 Formula 1 drivers in the world?

For most professional race car drivers, their career started a decade before they could legally drive. But Latifi, now a household name among Formula 1 fans, was already 13 by the time he took a liking to the sport.

“The reason why I got into karting [a road racing variant] is because I enjoyed it. I found it really, really fun. I got into it without the intention of ever pursuing it as a career,” says the 27-year-old over a Zoom call

He would go on to kart all around Ontario, slowly developing a love for the sport. However, at that time, it was nothing more than a fun hobby to him.

It wasn’t until he began tasting success that Latifi quickly shot up the ranks from Formula 3, then Formula Renault 3.5, and finally Formula 2 in Europe and beyond. By this time, Latifi was still continuing his grade school studies at Crescent School in Toronto. However, he would spend his last year and a half online as he travelled and won races.

In high school, he had to decide what meant more to him — growing up with a “normal” childhood or his career?

“It’s a very important question that I’ve asked myself a lot. Naturally, with pursuing something at a high level, there are sacrifices,” he says. “My life and my social circle slowly shifted away from the friends I had at school and moved toward people in the racing world. In my teenage years, I definitely missed out on a lot. You know, social gatherings, parties every now and then, I would be at none of these.”

While attending Crescent School, Latifi says, “The nine years I spent here were a real privilege.” His former headmaster, Michael Fellin, says that Latifi was the “pioneer of remote learning” as he attempted to balance his fast-paced racing career with his studies.

Latifi is more than just a pioneer in the online education space. He represents a small category of Canadian athletes who were able to make it out of the country, compete at the highest level and make a global name for themselves. Latifi has noticed the sport growing across North America in the past few years as education and awareness have gone up drastically.

Formula 1 has shot up in popularity, potentially topping 1 billion fans worldwide this year. Although Netflix’s Drive to Survive series deserves credit, the allure of rivalry and competition is the reason why fans are flocking to the sport.

Prior to 2020, Torontonians, who had no real skin in the game, sat back and cheered on the sports contributors. However, after stints with two different teams, Williams Racing gave a homegrown talent the chance to take a seat on its team. And on the opening day of the 2020 season, Nicholas Latifi heard the infamous words of British sportscaster David Croft.

Before Latifi got his big break, he says he had his best experiences driving cars in Formula 2. “My years in Formula 2, particularly 2017 and 2019, were really enjoyable. They were more competitive years, always fighting for podiums, so that was cool.”

In the years leading up to Latifi’s time at Williams, he would serve as a test driver for Renault and Force India in Formula 1. His flair and ability to adapt allowed teams to gather data quickly and proved to both teams and himself that he deserved a seat on an F1 team.

In 2019, Williams signed Latifi as a reserve driver. However, Latifi would spend the majority of his time racing in Formula 2 for DAMS, which would turn out to be his final campaign.

After claiming four wins, eight podiums and the Vice Champion of F2 title, Latifi was given the nod to replace Robert Kubica, one of Williams’ drivers at the time. Since then, Latifi has maintained his seat on the grid through multiple seasons.

Latifi chose the number 6 at the start of his rookie season, a reference to the city he calls home. “It’s where I’m from, where I was raised, and the city I’m proud to be representing,” he wrote on his website.

But Latifi has only spent a total of eight days back home since he began driving F1, a fleeting break for the driver who predominantly spends his time in London, England. But feeling homesick is part and parcel of being a young racer with an international dream

Since achieving his dream, Latifi has been focused on helping others achieve their own.

“The biggest thing is the sport is not very accessible,” Latifi says. “We need to bring the costs down at the grassroots level. It’s not like playing soccer or tennis or basketball, where you need a ball, a pair of shoes and that’s about it.… With karting, you need to potentially drive hours from where you live, have the kart, the tires, the fuel and the time.”

Latifi was one of the luckier ones —his father, Michael Latifi, is the CEO of Sofina Foods Inc., and his mother, Marilena, was born into the Saputo family, of dairy company Saputo Inc. fame. Sofina Foods has remained a major sponsor for Latifi since his career took off.

Down the line, Latifi hopes the sport continues to grow, allowing kids to begin karting under much more affordable circumstances. Toronto is home to select go-kart tracks, and local drivers can race under TRAK, a registered and non-profit corporation that is tied directly to the FIA (Formula racing’s governing body).

As Latifi’s contract expires at the end of 2022, he is hoping to score his first points of the year at the Dutch Grand Prix on Sept. 4. His FW22 chassis just got a new set of upgrades that Latifi utilized in a rapid performance, which landed him the final qualifying round for the first time in his career. Need for speed, indeed.