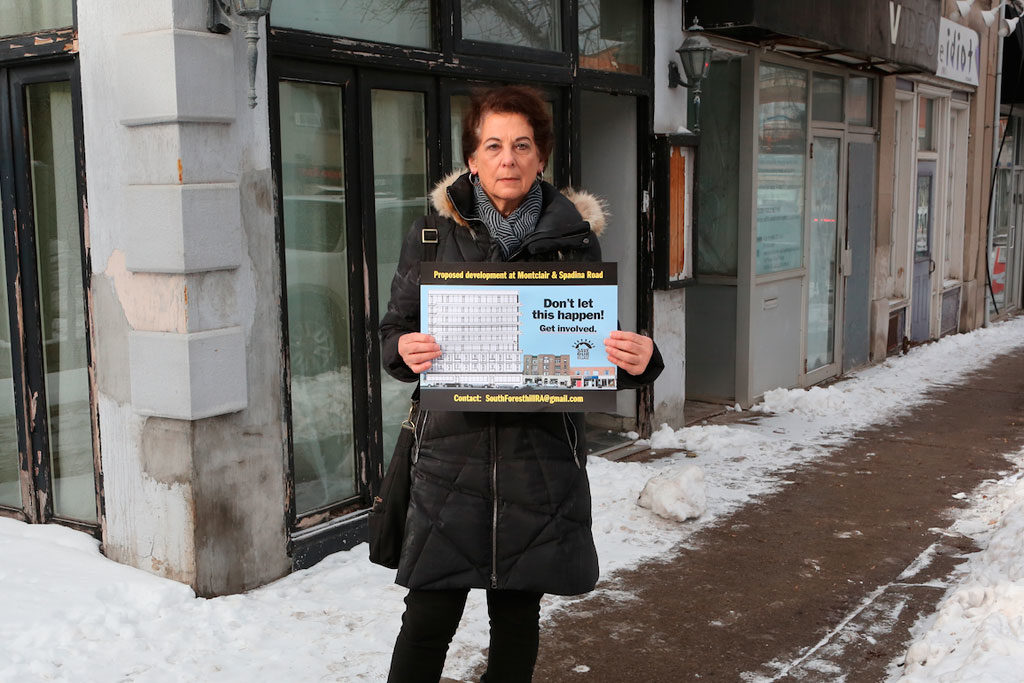 From a popular watering hole for locals in the lower Village to a bustling toy store that parents and children flocked to on Eglinton Avenue, these once buzzing establishments have sat empty for years, occupying dead zones in Midtown Toronto that locals say affect the vibrancy of main streets. Now, Mayor John Tory is calling for an end to the tax relief for owners of vacant commercial property, which could encourage landlords across the city to move tenants in post haste.

Torontonians are all too familiar with those for lease signs that hang in the windows of empty storefronts, signalling to locals that beloved businesses such as the Village Idiot Pub on Spadina Road, Oink Oink toy store on Eglinton Avenue West, or the Retro Cafe on St. Clair Avenue West, have long closed up shop.

In a recent speech in late 2016, Mayor Tory said that the current tax break has cost the city roughly $367 million between 2001 and 2013. He said he believes ending it will save the city $22 million per year.

“Almost 50 per cent of those payments have gone to the owners of empty spaces in the downtown core, where property values are skyrocketing,” Tory said in his speech.

A rebate that offers 30 per cent off the tax on vacant property has been a bonus for landlords but a huge nuisance for residents and active business owners in neighbourhoods that have become rundown due to boarded up, derelict buildings.

“This is overdue,” Joe Hill, a resident of Forest Hill, said of the announcement.

“Letting landowners leave a property vacant is very bad for our neighbourhoods. It’s frustrating, and the tax break bewildered me. I don’t understand the logic of it,” he added.

Hill’s biggest grievance has been toward the owners of a building that was once home to the Village Idiot Pub, which has sat vacant for several years. The lot of land on Spadina Road, north of St. Clair Avenue West, now has a development proposal set to go to the Ontario Municipal Board (OMB) early next year.

But in the meantime, Hill believes his own property value is being affected by this empty spot — as do others in the neighbourhood.

“People are very upset by the fact that this has been lying dormant for so long, and it’s an eyesore. It’s also the entrance to the Village, so it’s even worse — this is what you are met with,” Mona Kornberg, secretary of the South Forest Hill Residents’ Association, said.

Empty storefronts are equally frustrating for nearby business owners who argue they can deter residents from shopping in the area, since many of the stores seem to be closed down.

“They are scattered here and there. But even small amounts concern people,” Matlow said.

“This has been bad fiscal management and bad public policy. Boarded up shops hurt business and communities. It’s just a ridiculous waste of money to provide this [rebate] money now,” he added.

The rebate had been brought about in the city of Toronto in the ’90s during the recession and was intended to alleviate the stress of unused or unleased land. But many believe this is adding further incentive for wealthy owners and developers to sit on land with virtually no incentive to clean it up or fill the space.

Matlow said this is an important action for the mayor and council to take but argued that it has taken far too long to do.

“Now what it does is simply reward landlords for boarding up their properties.… There have been too many [empty] shops on streets like Bayview and Mount Pleasant for many years,” he said.

Domenic Badali, co-owner of Badali’s Fruit Market at 1587 Bayview Avenue in Leaside, has sat next to an empty storefront for more than two years.

The property at 1591 Bayview Ave. was formerly a Sleep Country and, more recently, the site of a fake homeless shelter stunt.

“It hurts the street,” said Badali. “There are quite a few stores that are empty, and it doesn’t help out business.”

The property in question is now set to become a Cumbrae’s in 2017, and Badali happily said he suspects that it should help bring more foot traffic back to the area.

Although, in general, residents welcome any effort made by the city to deter this type of negligent behaviour, some fear that this will not impact deep-pocketed developers in any real way.

“I think it’s a very good idea; however, I don’t think it’s a question of how much of a difference it is going to make. In our case, the developer has now left the site vacant for about a dozen years,” Kornberg said, of the boarded up building in the lower Village.

“From our perspective, this is frequently a very planned tactic by developers to let a site sit so that, when they finally propose a development, residents say better to have something there than nothing. So I think it is very calculated,” she added.

Maureen Sirois, chair of the Eglinton Way Business Improvement Area (BIA), said the end to this rebate has been a long time coming.

“This has actually been a conversation for quite some time, to get rid of this relief for vacant storefronts,” she said.

“Losing Oink Oink was a great loss to our street because it was a wonderful store,” said Sirios. “[The storefront] has been empty a couple years, I would think. Now it’s in the hands of the developer. I don’t think anything is going to happen with that property for a while.”

A proposal for a 15-storey condo was submitted for the site by Terranata Developments and is currently stalled in the development pipeline. The fate of the site will be decided in 2017 at the OMB.

But at least one vacant property in Leaside may change hands as a result of this announcement.

“We have an empty lot behind us that we purchased for future expansion. This is going to raise our future tax bill, so it is going to have a bit of a hit,” he said.

Fullerton said, depending on how big that hit is, they may have to consider selling the land to someone who will develop it faster.

“But from a wider city view, the city is an ever-expanding space, and I’m not sure people should be able to hold on to property and get a tax break for it. It [our lot] is not on a main street,” he said.

“As a personal preference thing, you’d like to see a nice cityscape and not a lot of derelict buildings,” he added.