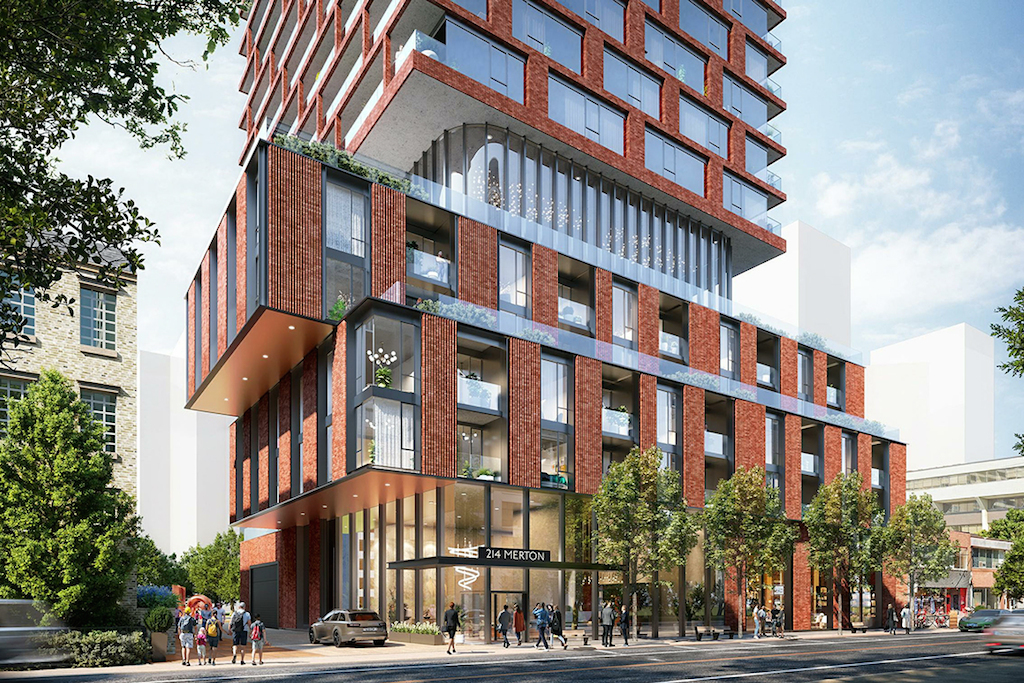 A brick-clad 35-storey building is being proposed for Toronto’s Davisville neighbourhood that could come with a new park for the area.

The proposal for 214 Merton Street, just north of the Mt. Pleasant Cemetery, calls for a mixed-use condominium with 346 residential units and a three-to-five-storey base to hold retail. Moving away from the typical glass and steel look of many condos in the city, architect BDP Quadrangle is opting for red bricks instead.

The development could potentially create a new gathering spot for locals by reimagining a nearby laneway as well as adding seating and possibly food options.

“Food-related retail is going to be key for this area,” South Eglinton Davisville Residents’ Association co-president Jane Auster said. “If you’re creating a seating area and park, ‘Hey, how about a café?’”

Auster said the current laneway is a significant walkway that has “not been optimized,” so its revamp would be a win for the community.

The application would work in conjunction with another development at 185 Balliol Street in creating a new park nearby where there currently are private tennis courts. The park would replace the courts, but both Auster and local councillor Josh Matlow say the greenspace is greatly needed in the area.

“We want to make sure the quality of life keeps up with the pace of growth,” Matlow said.

That also means putting pressure on the city to take a closer look at how the area’s infrastructure is keeping up with the increasing density. According to Matlow, city staff have flagged concerns that the infrastructure, such as water capacity, is strained, which he said they do not do lightly. Auster said the nearby schools are overcapacity and the water and sewer systems are ancient and haven’t been updated in years.

Auster also expressed concerns that the area may be becoming a “food desert,” as another condo development is set to replace a Sobey’s at 22 Balliol Street with no other options nearby without driving. However, Matlow said that developer Collecdev is committed to bringing the Sobey’s back once the development is complete.