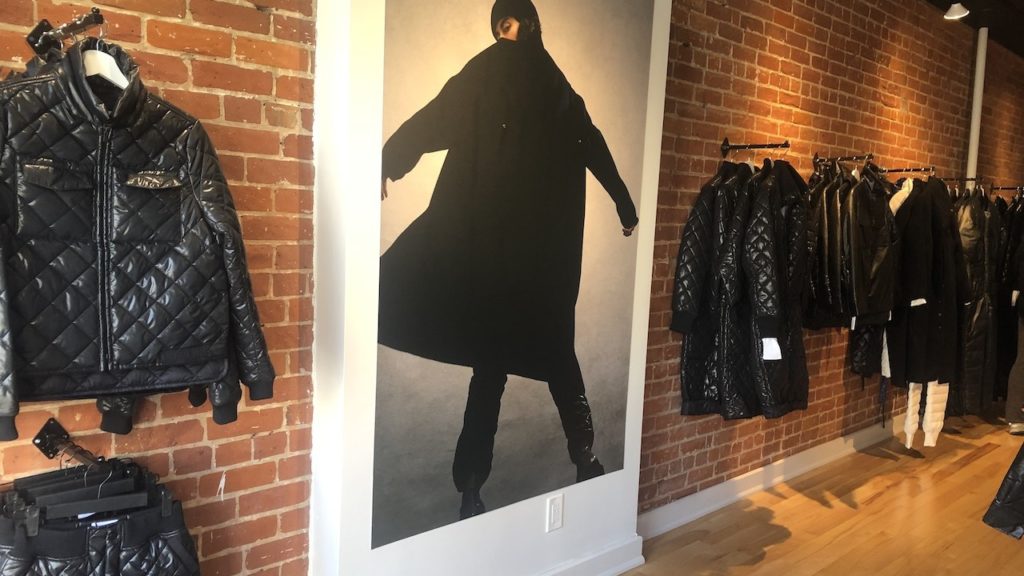 A new outerwear-focused pop-up from a Toronto designer who was inspired by her own kids’ snowsuits just arrived in Summerhill.

The pop-up, from the brand Luxton, is the first the company has tried since its inception in 2019, and will be open until the end of December. “We opened very late in the year in 2019,” founder and designer Dinah Luxton says. “And then two months later, COVID hit, so we’ve never had the chance to really be face to face with our customers.”

Luxton hopes this pop-up will give her a better sense of what shoppers are looking for – though with the collection the brand offers, it’s more likely shoppers will end up finding something they didn’t know they needed.

The company’s star item is a made-for-winter jumpsuit. Think the retro adult snowsuits of the 80s, but with a high-fashion and sleek twist. Available in quilted or puffer -style black, it’s true out-of-the-box thinking for women’s outerwear – and that’s exactly what Luxton is aiming for.

The designer says she new from a young age that she wanted to pursue a career in fashion design, becoming a fit model at Club Monaco right out of her fashion college program. “My mom is a fiber artist and she always had garments, yarn and fabric lying around, so I picked it up from her,” she says.

After working in product development and merchandising for years, Luxton realized she wanted to pursue her own concept and work more toward serving the needs of the market. At the time, as a parent to young kids, Luxton found herself spending hours outside with them. “They’re dressed head to toe in snowsuits, and they’re so warm and just in another world, completely free,” she says. “I wanted that same feeling because I felt like I was always cold or under-dressed. And on top of that, I just didn’t even feel like myself in winter because I felt like I was wearing an outerwear piece I didn’t like.”

Luxton decided she would try designing bomber pants for herself to keep at least her legs warm, and she says it “completely changed” her winter. The next step? Add a jacket on top to turn it into a full jumpsuit.

It was this jumpsuit look that acted as the foundation for the eponymous brand she launched in 2019, Luxton. “We wanted to fill the gap between Canada Goose and Gucci,” Luxton explains. “We’re not utilitarian, necessarily, and we wanted to serve the outerwear needs of women with different kinds of style.” Luxton’s full line now features cropped and quilted versions of the original jumpsuit, along with more traditional outerwear options that look cool enough to not sacrifice individual style while functional enough for the many daily tasks of a parent like Luxton herself.

“There are so many pieces that could help women experience winter in a totally different way and absolutely love it, and absolutely love being outside,” she says. Most winter outerwear, she explains, makes you desperate to put it away for good once February or March rolls around and the gloom and cold of winter has gotten under your skin. “I want women to feel sad when they put this outerwear away in March.”