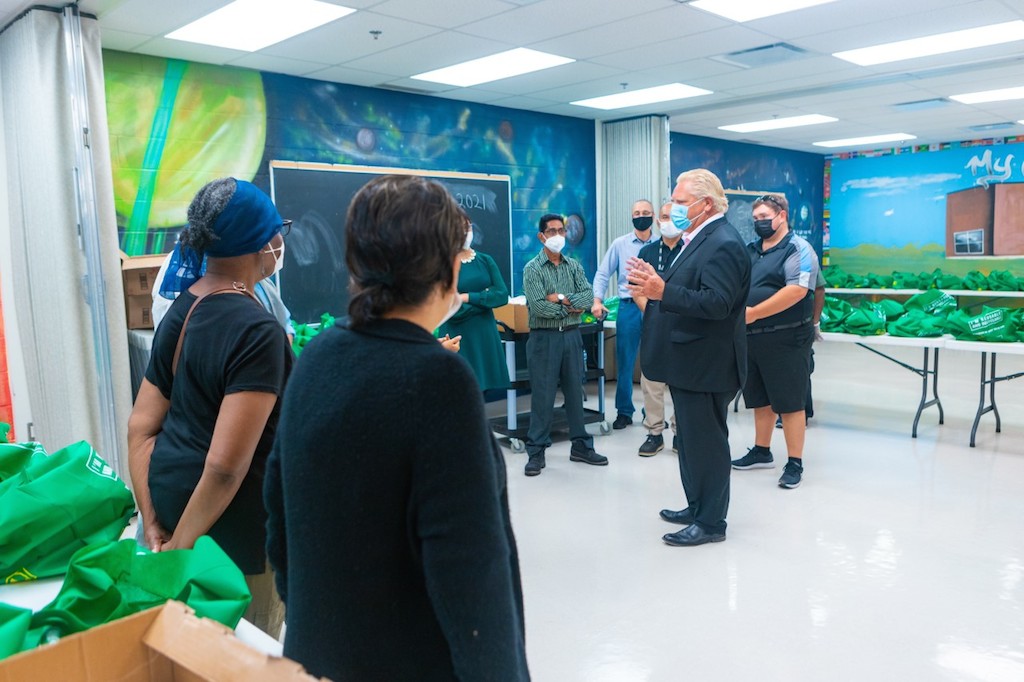 TPH noted that, for some time, the average daily submission rate in the city has been approximately 200, with daily fluctuations ranging from 100 to 300, but in the two days following the provincial announcement, Toronto Public Health received approximately 700 submissions each day (an increase of approximately 233%).

As of September 7 at 8 a.m., according to Toronto Public Health’s vaccine dashboard, 4,602,453 COVID-19 vaccine doses had been administered in Toronto; 77.6% of residents 12 and older are fully vaccinated and 83.6% of eligible residents have at least their first dose.

The city’s goal is to see 90% of eligible residents fully vaccinated, meaning that approximately 336,000 Torontonians require vaccination to reach the 90 per cent target. Of those, 164,000 have already received their first dose.

In a new TPH/Ipsos survey, when unvaccinated Toronto residents were asked what would make them more or less likely to get a vaccine:

Only 21% said they would get it if people they knew personally got the vaccine.

According to a new Toronto Public Health / Ipsos survey on vaccination attitudes:

37% of city’s unvaxxed population would be more likely to get their shots if required for travel.

The survey found that, among those residents who have been vaccinated, 97% were either very satisfied or somewhat satisfied with the vaccination experience.

The survey also shows that, among parents who have children 12 years of age or older, approximately 69% of respondents indicated that their child had received one or two doses of a COVID-19 vaccine. The survey findings also show that approximately 64% of parents with children 11 years of age or younger indicated that they would vaccinate their children should a vaccine become available for this age group.

Meanwhile, as Ontario’s largest schools resume classes this week, in the midst of a fourth wave of the pandemic, Education Minister Stephen Lecce is reminding parents that the government will continue to focus on ventilation upgrades, by improving mechanical ventilation and deploying HEPA units into school spaces.

We are investing in #SaferSchools by improving mechanical ventilation & deploying HEPA units into thousands of learning spaces. pic.twitter.com/wqs8WS5Yys

The province has also rolled out a GO-VAXX bus mobile clinic to encourage Ontarians born in 2009 or earlier to get their first or second dose.

Happy back to school week Ontario!

Still need to get your #COVID19 vaccine? Hop on the #GOVAXX bus this week! No appointments needed & anyone born in 2009 or earlier can get their first or second dose.

Hospitalizations remain a concern—365 people are hospitalized with COVID-19, from this number, 331 are not fully vaccinated or have an unknown vaccination status, and 34 are fully vaccinated.