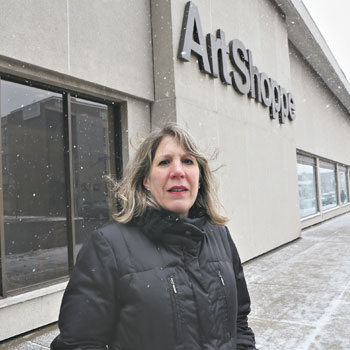 After months of speculation, Freed Developments has finally submitted a formal proposal for its site currently occupied by furniture retailer Art Shoppe at 2131 Yonge St. The plan would see two mixed-use towers at 29 and 38 storeys with retail at grade. A rezoning application for the lot submitted Jan. 15 has stated that the towers will contain 693 units.

Coun. Josh Matlow has been following the project for some time, and feels that it is not an appropriate proposal for the site, which lies only a few blocks south of the 37- and 54-storey Minto Midtown buildings.

“What this site calls for is a mid-rise building,” said Matlow. “This is about good urban planning. [Peter] Freed [owner, Freed Developments], with all due respect, should know better.” He also noted that the site falls next to a single-family home. “There would be no reasonable transition,” he said. Though he has lamented a lack of community consultation up to this point, City Planning has confirmed that a community consultation meeting will be scheduled soon as part of the planning process.

Residents are not thrilled about the plan either. “Our area is zoned for avenues development, which is mid-rise,” said Hillsdale Avenue resident Jane Auster of the South Eglinton Ratepayers’ and Residents’ Association.  “Our new [chief city] planner, Jennifer Keesmaat, has come out publicly in favour of mid-rise development for this area.”

She was fearful from the outset that the buildings would be too high. “They came into our first meeting at City Hall and said, ‘We see this as a tall building site,’  ” said Auster. “It was clear they weren’t there to negotiate.”

Auster now fears that the case will go before the Ontario Municipal Board (OMB), which she is not looking forward to. “I never feel optimistic about the OMB,” she said. “The OMB tends to favour developers.”

“The only next step that I will accept is for Mr. Freed to recognize that he needs to completely re-draft his proposal and come back with something that can be supported by the community,” Matlow said.

Freed Developments could not be reached by press time.