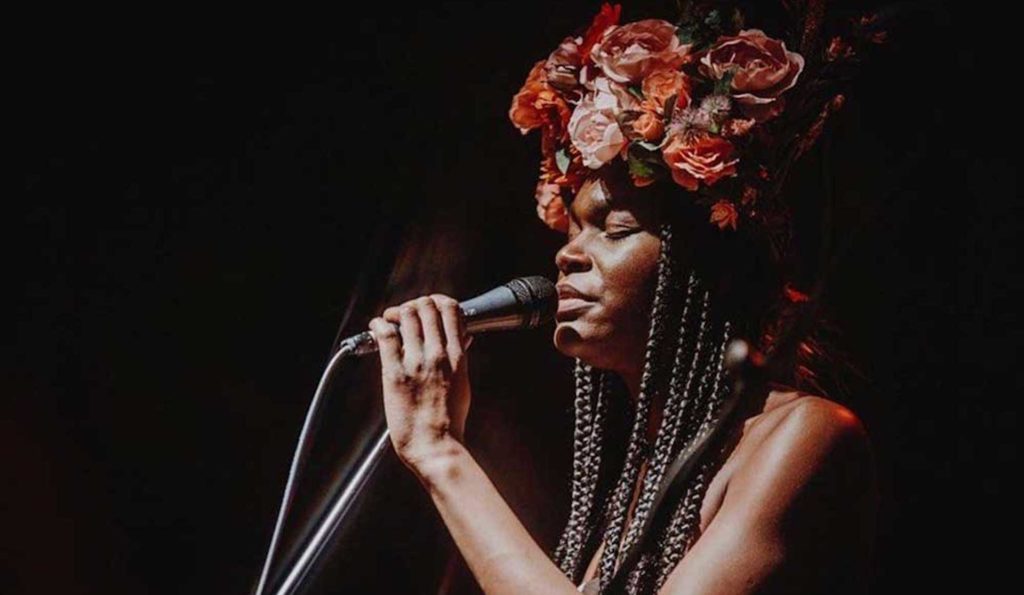 Kyla Charter kicked off her music career when she was invited to sing with July Talk at Toronto’s Field Trip Festival. Now, the budding jazz chanteuse is set to release her debut album, Edible Flowers, this April.

The album was written in the summer of 2020 and proved to be a way for the young artist to process what was happening during the pandemic.

“I truly could not focus on anything,” Charter says. “I couldn’t watch movies, follow storylines, listen to new music, nothing. I was so overwhelmed by the world that I could only focus on one thought at a time. My songwriting process is usually having the seed of an idea and building it outwards. For this record, and in working with Safe Spaceship, I was able to do away with traditional song structures… to get really avante with it, haha!”

It’s been a wild ride. I’ve had the privilege of being able to play a few special shows opening for  Patrick Watson at Massey Hall and performing with July Talk at the new venue History, but it’s largely been a lot of time at home reflecting on the world at large.

Tell us about your new Kyla Charter project?

My new project is also my first release! It’s a collection of songs that are each an exploration of a single theme. Some are quite haunted and dark, some silly and fun, but all of them are meditations on what I’d been feeling during the summer of 2020.

I describe it as if Feist and D’angelo went to a garden party and were bitten by vampires.

It’s entirely changed how I go about writing, and what I write about. I had a lot of time to finally peek into the corners of myself that I’d been avoiding, shed some light on the shadows, and work through what had been hiding there.

What are you hoping people take from the new Kyla Charter album?

I hope people listen to the record and go with me on the journey, and see what they’ve been avoiding that deserves some love and light.

I studied jazz vocals at Humber College, and have been working professionally in the industry since then supporting acts like July Talk, Alessia Cara, Patrick Watson, Zaki Ibrahim, and many more.

I’ve been singing all of my life, and really started taking it seriously when I transferred from U of T studying environmental feminism and film to Humber College for jazz and contemporary music.

I use the creation of music as a way of checking in with my emotional state and doing self-work, I think what keeps me motivated is wanting inner peace haha! I also work with some of the most talented musicians around, my production team Safe Spaceship keeps me inspired to try new things.

My favourite place I’ve ever played was this giant colosseum called Coliseo De Recreios in Lisbon, Portugal. It’s been around since the 1880s and is just the most grand and majestic place I’ve ever seen and made music in.  Directly across from the stage on the second level is this viewing balcony that was specifically made for the king to watch from, it’s insane.