New Music Wednesdays: The fuzzed out brilliance of Sam Jr. - Streets Of Toronto
Skip to content 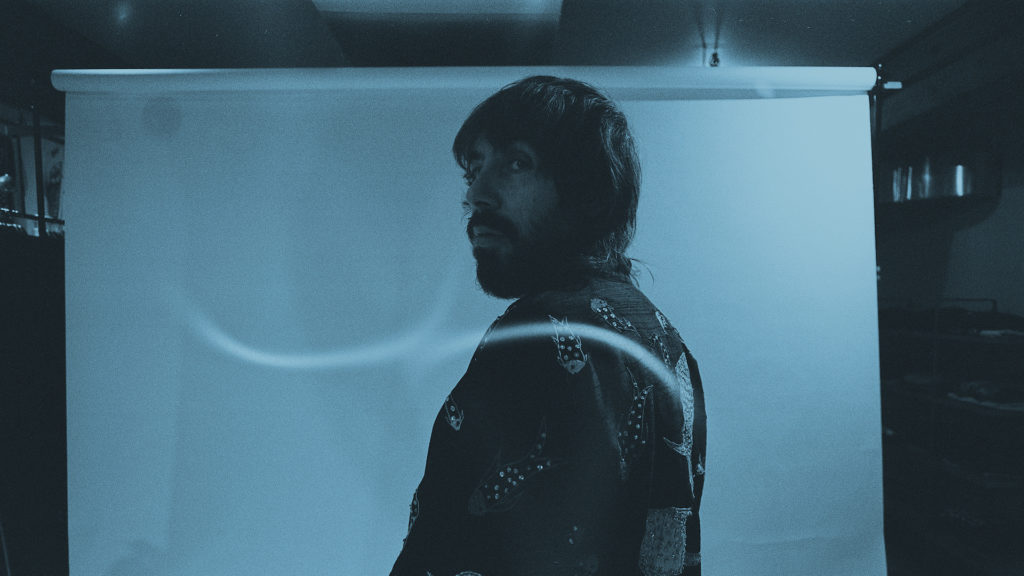 Although Sam Goldberg Jr. is hardly new, being a member of seminal Canadian band Broken Social Scene since 2007, but he is about to release his self-titled debut album as Sam Jr. on March 10.

Goldberg has also been part of a couple of other highly regarded bands in Bodega, and Bionic.

“My concept for awhile making this record was actually ‘What would the Dude’s band from The Big Lebowski sound like?’” says Goldberg. “I’m not sure it landed there at all, but I think I was trying to harness the easygoing nature and spirit of that character. I’m a hardwired optimist and a mellow person overall, and I wanted that to come across in the songs.”

For myself, being locked inside allowed me to be very productive. I managed to finish my first solo album. I had been chipping away at it for a while but likely would not have finished one so quickly if the pandemic hadn’t happened. Broken Social Scene would also have had some shows in 2020, so I’d have been busy touring.

Tell us about your new project, Sam Jr.

When I first started my record, my concept was what would The Dude from The Big Lebowskis band sound like if he had one. I love that character. He’s mellow and strives for a chill existence. I aimed for that. A more  2 p.m. to 6 p.m. chilling by the water sound. Acoustic. But I failed. It ended up being a 10 p.m. to 3 a.m. sounding album. I just slowly for some reason got drawn towards a few less acoustic tonal sounds and just decided to keep that palate of colour on each song. A fuzz rhythm guitar, a wah-wah lead guitar, bass, drums, bongos, one vocal (light lyrical themes, we’re in a global pandemic), a vintage synthesizer, and then sprinkled sax, flutes, and some percussion here and there.

How would you describe the sound of Sam Jr.?

I think people would put me in the Psychedelic Rock bin. It’s not pop. It’s rooted in the blues. Maybe a far less sophisticated Rolling Stones mixed with a trippier ZZTop with a Leonard Cohen baritone style vocal minus the really incredible lyrics lol. It’s some good nighttime music. Good to drive to. Good loud. The songs we’re mixed really well by Dave Fridmann (Flaming Lips/Tame Impala/MGMT) so they don’t hurt your ears if you crank them up.

How has the lockdown influenced Sam Jr.?

It’s been really good for me on the writing side. More time to sit and chisel away on ideas. I’m not sure the pandemic has influenced the style of music I make but probably lyrically. It’s a messy world right now and perhaps it’s influenced me to avoid some heavy themes. I’ll hint at them but it will be more abstract. Not that there’s anything wrong with addressing important issues lyrically but I’m just a bozo who wants to rip a few guitar solos in a haze of smoke and strobe lights. I’ll leave the heavy lyrics up to the more suited artists. One concern though is that I’m going to be playing live shows in the spring and Mr. Omicron’s little brother could show up and shut it all down.

I was trying to create a good vibe. I purposely tried to avoid minor chords which hint to sadness (for me). But my vocal melodies are minor so you get this interesting duality that my ear likes. I cringe when I hear the radio and someone is screaming their bloody heart out in a song because their partner just dumped them. Kill me now. I mean, sure music is therapy and if that helps you get through and helps others great, but it’s not for me. I want to escape hard times, not be reminded.

I wanted a guitar when I was 14 years old after seeing Ralph Macchio in that movie Crossroads. There’s a scene at the end where Ralph has a guitar duel with the devil’s guitarist and after we saw that we all wanted a guitar. I said we can’t start a band if we all play the guitar so I took a hit for the team and bought a bass. I learned by ear listening to cassettes over and over rewinding and re-listening. I was a skateboarding kid and we’d order those skate rock tapes from the Thrasher magazines so I was mainly influenced by punk music at the beginning but I love every genre now. Music has always just made me feel good so I just stuck with it. In my early 20’s I was in a band called Bodega and we signed a major label deal which was financially exciting at the time because I’d never had money before so that also gave me some confidence that I could maybe make a living doing what I love. Money or no money though I’ll always make music.

Early childhood trauma and people that spite me. Just kidding, Creating for me, and this is cliche but, it’s therapy. Eight hours can go by and it will feel like 10 mins when you’re in your studio. Songs are a puzzle. You look for the pieces. When you connect the dots it’s very rewarding. The world we live in is chaos. We’re being hurled through it holding on to a thread getting tossed in multiple directions trying to find our place but when you make art you are in full control. You decide what happens.

I haven’t played live yet with this new project but I have played lots of shows with Broken Social Scene. I like the U.A.S. because it’s close and you don’t have to get on a plane. There’s lots of great cities and they are close together. We do the festival circuits and the club shows often but the shows I remember the most are the unconventional ones where you’re close up with people. The last show BSS played before the pandemic was a festival in Mexico City called, ahem, Corona Fest and it worried me because it was set up so that the VIP section was in front of the stage instead of the usual sides of the stage so you had all these people that could afford the expensive ticket milling around in a large sparse space in front of the stage staring at their phones and then the fans slammed up against barricades 40 feet away. I hope that doesn’t become a thing. Anyhow, we had a day off in Idaho once and decided to try and get a show that night. We found one through Dan Mangan’s Side Door, which helps bands set up unconventional shows to whoever offers up a space. We played a show in someone’s living room to 75 fans who were standing 10 inches away from us. That was fun. No proper sound. No barricades. Just playing away in a living room having a good time and then having a beer in the back yard with everyone.

What message do you have to those eager to check out the album and see Sam Jr. live when possible?

I let a friend of mine listen to my album recently and he said ‘it has a very cool downtown night vibe and evokes a world I wanna live in.’ I dug that. I saw ZZ Top play not too long ago and it was one of the best shows I’d ever seen. It felt like you were at a backyard BBQ with all your buddies. No judgment, just a good hang and an escape from the messy world for a while. That’s what I’m aiming for.