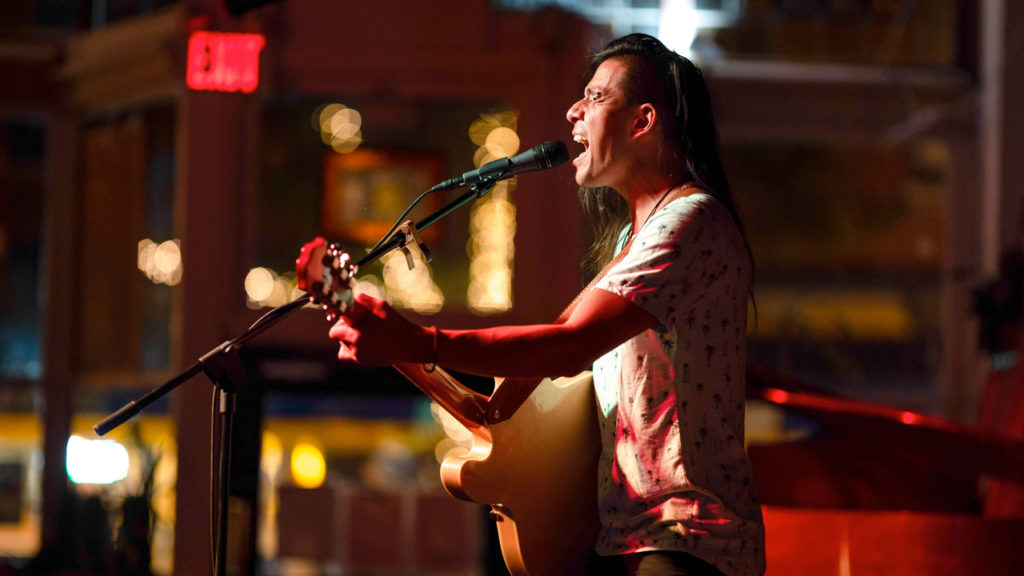 Toronto’s Tennyson King is described as a nomadic indie-folk rocker who hails from Hong Kong and Canada. He’s spent much of his professional life on the road, whether it be touring across Canada, Australia, Mainland China, Hong Kong, Brazil, or parts of Southeast Asia.

Despite being grounded from tours due to COVID, King has been productive with his time. He released the singles “Wild Rose” and “Garden of Truth” in collaboration with guitarist Daniel Rougeau (Kaia Kater) and Shawn Mendes’ bassist Dave Haskett.

“The past year was a bit intense as I had toured in Hong Kong during democratic protests, then went to Australia to tour during some of their biggest fires in a long time, then went into Vietnam for shows just as COVID was becoming prevalent in Asia,” King says. “I felt that all we can really do, is slow down our pace of life, listen to each other, be there for each other, try to enjoy the small things, and do the small things to be kind to each other.”

In 2020, King was selected for the Canadian Songwriter Challenge in which he worked with Terra Lightfoot, Adrian X (Drake, The Weeknd), and Moe Berg (Pursuit of Happiness). In May 2021, Tennyson released his first Chinese language single, “生命的进度”, in support of Asian Heritage Month and to represent a voice for Asian artists in Canada.

Tennyson King is set to release his first full-length album in 2022.  Let’s meet him:

It’s definitely been a bit of a struggle trying to find a balance between staying positive, motivated, and happy. Performing was my happy place and having lost much of that has made it hard. But I’ve been realizing that what can also keep me motivated and happy is creativity. I’ve learned that at the end of the day, I’m a creative being and as long as I can continue to find ways to be creative, I’ll be able to get through this. There has been lots of learning, growing, and self-reflection. I find it hard to balance being on social media to share my music and to still exist in the non-online world.

Tell us about your new project.

Good Company is my first full-length album. I started writing the songs on this album in 2018 while being on the road about 10 months of the year until COVID hit. Many of the songs were written piece by piece in different times, different countries, and weren’t really fully put together until COVID forced me into a little break from touring. I sat down with my producer Ross Hayes Citrullo at his studio in Toronto and we started putting the ideas into songs. It’s called Good Company because I want people to feel like they are in good company when they’re listening. I feel like if we strive to be good company to ourselves and to others, we’ll be in a peaceful place.

My music is a mix of indie-folk, folk-pop, and rock with a touch of soul. As if John Mayer and Jack Johnson had a baby, who was babysat by The Red Hot Chili Peppers.

How has pandemic lockdown life influenced your work?

The lockdown and pandemic have made me write more about finding community, finding a ‘home’, how to find strength alone, and who and what is important in my life. Also, it has made me not overthink creating music, but instead, just accept that things are often out of our control, just like how people receive my music.

I hope that when people really listen to the lyrics of the songs, they’ll learn a little bit more about me. I want them to feel like a better friend and that if they were to invite me over for dinner, I’d be good company. I want people to have a rollercoaster of emotions, embrace the slow clacking uphill of sadness and then drop off into happiness.

What is your musical background?

As a young child, I was put in classical piano lessons, as many young Chinese kids are in Canada. But I was not a fan of it, in fact, I remember dreading practicing, but I was forced to stick it through. Finally, when I was allowed to quit, I bought an acoustic guitar, started learning alt-rock songs from the radio. After high school, music was just a casual hobby, never took it too seriously. After I graduated from university, I travelled around for a while, and I finally returned to Toronto to figure out what I should do with my life. Music was always the thing I turned to in the lows and highs of life, so it felt right to surround myself around it 24/7.

Creation is really the one thing that keeps me going on a day-to-day basis. If I don’t create, I get sad and become unmotivated to do everything else. Creation is my therapy and it helps me feel like I have a sense of purpose.

I’m excited for you to hear the new songs, I’m excited to hear what you think of the new songs, and get ready for the live performances because I have so much energy built up and I’m ready to release all those good vibes on you.

Check out the video for Tennyson King’s latest single “It Ain’t Easy” below.