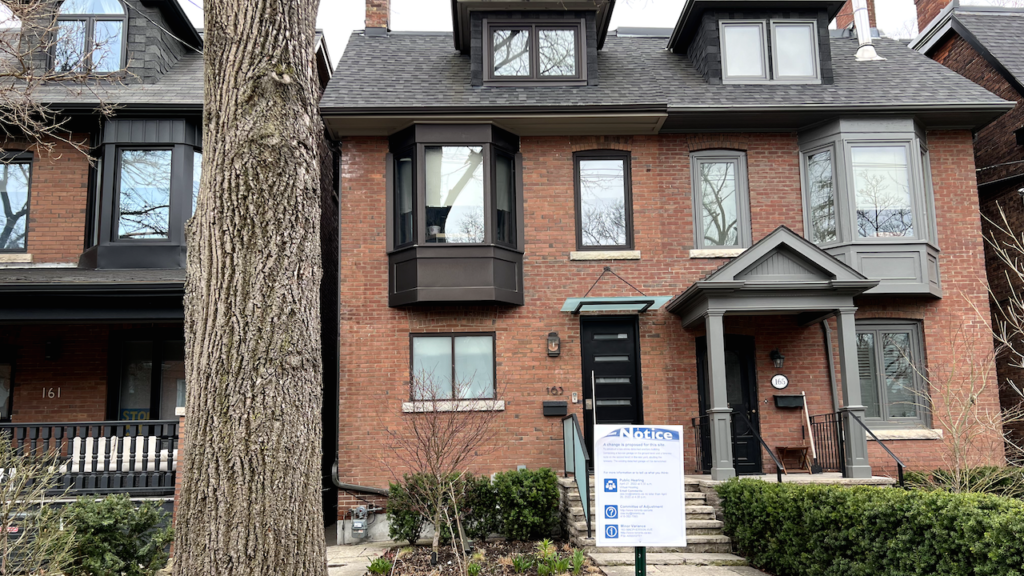 When the city was looking to promote laneway suites across the city as one way to help with the housing crisis, one slice of Toronto was allowed to opt-out and laneway homes are still not permitted in the area bounded by Avenue Road, the Canadian Pacific (CP) Limited rail corridor, Yonge Street, Rosedale Valley Road, Sherbourne Street, Bloor Street East and Bloor Street West.

Despite not being permitted under current zoning, one resident is set to push forward with a laneway home in the Summerhill neighbourhood.

The owner of 163 Macpherson Ave. has applied for a two-storey laneway suite through the city’s Committee of Adjustments, which typically handles smaller requests, such as fencing or deck sizes, and is made up of residents who may not even live in Toronto and have historically been friendly to requests.

The attempt aims to bypass a bylaw exemption given to the area that excluded it from the city’s blanket “as-of-right” zoning for laneway houses. That zoning streamlines the process to create laneway suites, meaning rezoning wouldn’t be necessary and neighbours wouldn’t need to be consulted.

The area was exempted after a request by the ABC Residents Association (ABCRA), which argued that the blanket policy did not take into consideration the neighbourhood’s character.

ABCRA co-president Ian Carmichael said a secondary plan for the area that has been in the works for over a decade should be completed and guide the possible inclusion of laneway suites.

Carmichael alleges that forces with vested interests in creating laneway housing in the neighbourhood are weighing in.

One of those with an interest in advocating for laneway homes is Lanescapes, a company that designs the suites. Andrew Sorbara is a co-founder of the company and a member of the Sorbara family that runs development powerhouse the Sorbara Group, with relative Greg Sorbara previously sitting as a Liberal MPP and finance minister in Ontario.

Andrew Sorbara has become involved in 163 Macpherson by conducting outreach to residents who he said had “expressed an interest” in laneway studios, encouraging them to email a letter of support to the city staff involved in the case.

He said a few individuals told him they were supportive of the idea but are not sure if any letters were sent. He claims his involvement was only as an advocate for laneway housing and he is not involved in the project in any other ways.

“It’s really about options,” he said. “It’s about coming up with a way to unlock options within areas where they have not been present previously.”

Lanescapes will be making a presentation at the Committee of Adjustments hearing that will take place on April 27.

There may be opposition. At least 35 residents have sent a letter against the proposal, with objections such as privacy concerning the two-storey structure.

Local councillor Mike Layton, who has generally been supportive of laneway housing across the city, also sent a letter opposing the idea.

“I do not believe the Committee of Adjustment should be responsible for making this decision,” he wrote.