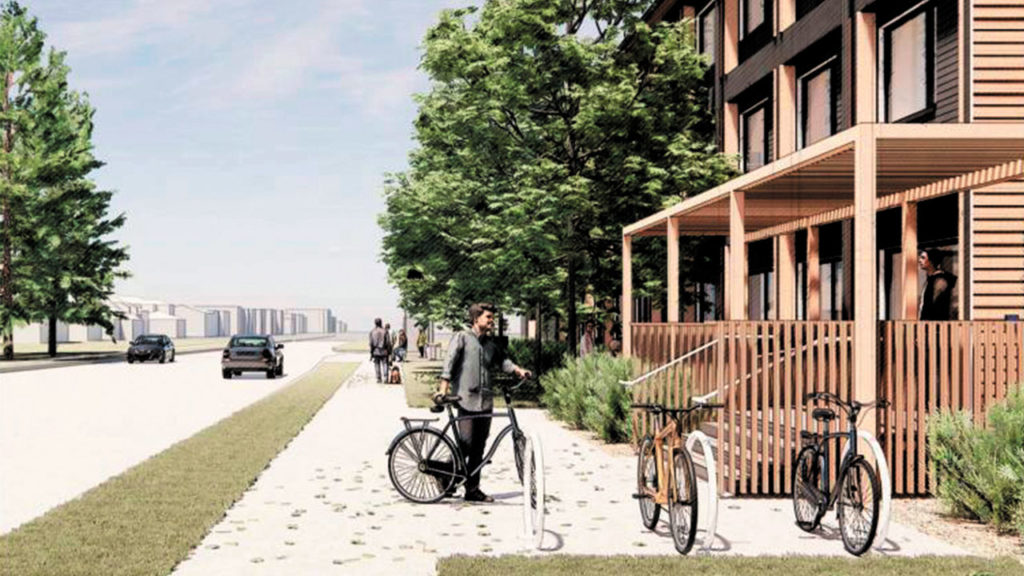 A project to place a modular supportive housing development at 175 Cummer Ave. in Willowdale on a green space near a seniors’ home was set to move forward, but now that an appeal of the project has been granted and a new city councillor has been elected in the area, it has taken on a new twist.

The City of Toronto is proposing to build a three-storey modular building with up to 60 studio apartments at the site with supportive services. The homes are meant for those struggling with issues such as addiction.

When the plan was announced, the city councillor was John Filion, who was a strong advocate for the modular housing site on Cummer Avenue.

“I welcome the opportunity to create supportive housing in Willowdale to provide real homes for those in need. Many people in my community will not only embrace this initiative but will be asking how they can help,” he said, at a press conference to launch the project.

The development required rezoning, and the quickest route would have been for the Province of Ontario to issue a Minister’s Zoning Order to permit the proposed modular housing development. But the province had not responded, and this past spring, Toronto city council pushed the project forward.

The Bayview Cummer Neighbourhood Association is appealing the city’s plans to the Ontario Land Tribunal. Willowdale city councillor Lily Cheng has spent quite a bit of time with the seniors in the area and questions the city’s strategy. The dialogue leading up to the approval questioned how much the seniors used the green space, but Cheng questioned that logic.

“It’s funny to me when people say, ‘Oh, like, the seniors don’t use that land. How do we picture seniors using green space? Like, do we picture them climbing the trees or sitting outside looking at the trees?” said Cheng. “I know some of them do Tai Chi around the trees, sometimes they hold events outside by the trees. I don’t know about you, but when I look out onto a green space, it’s very calming for my spirit.”

The city has built a number of modular housing developments, including 11 Macey Ave. and 321 Dovercourt Rd. Cheng said she will be visiting the locations and talking to people who live near the sites but added that she does not think the seniors in the area were consulted properly.

“They didn’t get a consultation that was accessible to them,” she explained. “To me, this is a real trust-building journey. If you believe in your solution, bring the seniors to go and look at it instead of just silencing them.”

Cheng, who has worked in community housing, said she is also concerned about this type of supportive housing.

“I see what happens when people have gone through abuse and trauma. They have complex needs, and you live, they live, in a tight community together. There’s a lot of internal conflicts that result in that,” she said. “We’ve mass congregated people who would be better served if they were in mixed integrated neighbourhoods.”

According to a local resident association, prior to last fall’s municipal election, Cheng made a commitment to find a new site for the modular housing facility, if elected.

“Councillor Cheng made an election commitment which she published and mailed out to constituents with a clear unambiguous commitment to find another site if elected,” said a spokesperson for the Bayview Cummer Neighbourhood Association. “We’re not sure what her plans are.”

The argument from the residents association revolves around a pre-existing designation for the site to remain for seniors only.

“There is a pre-existing Ontario Municipal Board (OMB) decision on the site from 1997 which designated it for seniors only to ensure their safety and wellbeing,” the spokesperson stated via email.  “The City attempted to remove these protections through a Municipal Zoning Order (MZO) which failed upon provincial review.  We don’t believe anything has changed the zoning protection for seniors should remain on the site.”