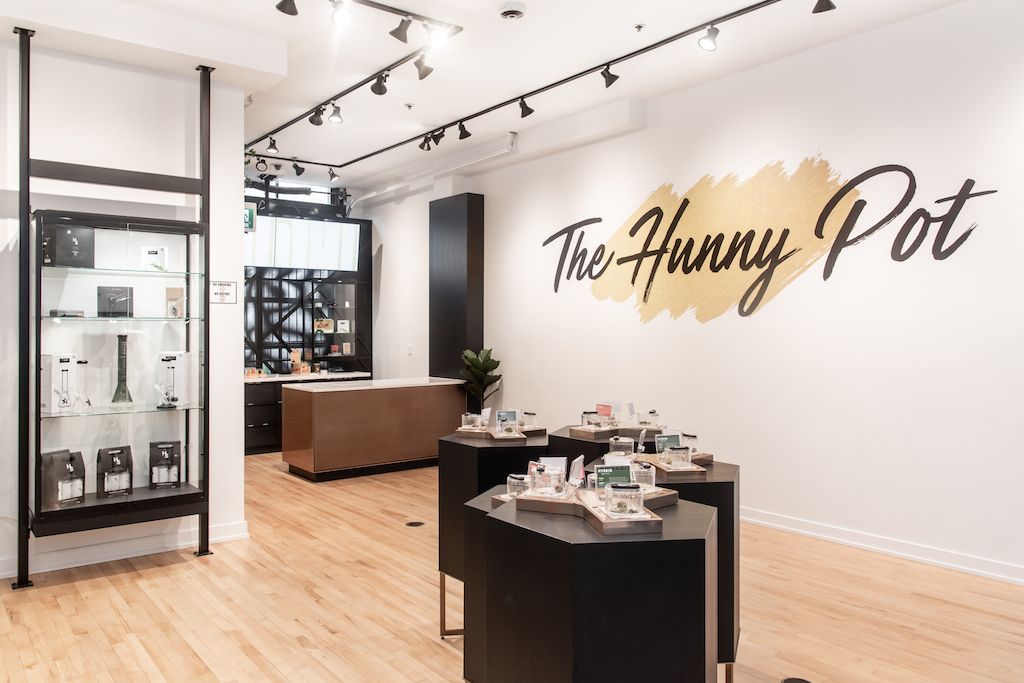 This week, the Alchohol and Gaming Commission of Ontario (AGCO) website features a ream of new cannabis notices including 20 in the city of Toronto. Although the majority of businesses are in the downtown core, there is a number in new areas such as the main street strip along Eglinton Avenue near Yonge Street.

The AGCO publishes notices of all new liquor and cannabis retail applications in the province. It allows residents to see if anything is coming to their neighbourhood and allows them to comment on whether or not they want such an establishment.

For instance, the Hunny Pot Cannabis Co. has put in applications to open two retail outlets in North Toronto. Hunny Pot established the city’s first cannabis store when it opened up at 202 Queen St. W. on April 1, 2019.

One, at 2591 Yonge St., is a main street space formerly home to upscale women’s clothing store Carbon. The store is less than four blocks from North Toronto Collegiate Institute and John Fisher Public School. The second would be located at 2103 Yonge St., along a strip of two- and three-storey storefronts a few blocks south of Eglinton near Manor Road.

Hunny Pot announced an expansion effort at the end of February when the company opened its second store in Burlington.

“This is all possible because of our customers,” said Hunny Gawri, owner of The Hunny Pot. “When we opened The Hunny Pot, it was about so much more than just opening a retail store. It was about having the opportunity to introduce customers to a brand-new landscape and define a new kind of customer experience. Because of this, we invested in observing, collecting and analyzing customer feedback over the past year to ensure we were poised for success with our new store.”

There is also an application for a shop dubbed Hi Class Dispensary at 527 Eglinton Ave. W. The location will be familiar to some as it is the former location of an illegal dispensary Canna Clinic that ran for a significant period of time prior to legalization and was raided on multiple occasions by Toronto Police Services.

Across the street, the Second Cup at the corner of Eglinton and Herrington will be converted to a cannabis retail outlet as part of the coffee company’s strategy.

According to Maureen Sirois, of the Eglinton Way BIA, there was another application further west on Eglinton that was refused by the province due to its proximity to a local school.

She says, the BIA has been looking to local councillors and the province for guidance on the issue, but they have heard from some concerned local residents.

“We don’t have a lot of say, that’s the problem,” Sirois explains. “It’s a tough situation. We are a community that has to live and work together.

Other proposed cannabis retail outlets include Insalata at 1331 St. Clair Ave. W., and Dolly’s Cannabis at 1105 Bathurst St., just north of Dupont. The deadline for local residents to submit objections to the new locations in Toronto is between March 19 and 24 depending on the specific address.