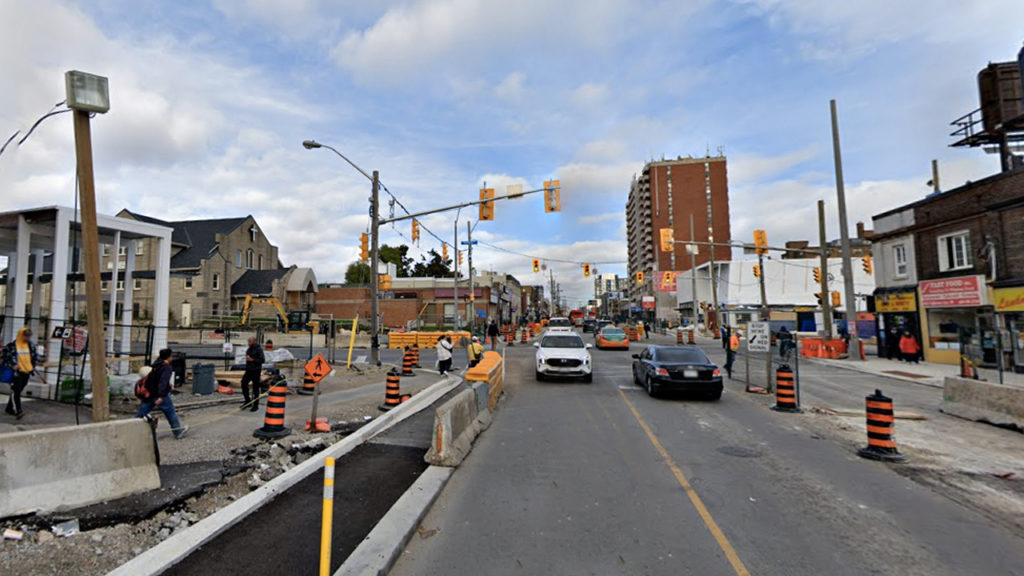 Bonnie Belfer says traffic on Westover Hill Road is so bad that she and her midtown neighbours feel like “prisoners” as congestion routinely grinds traffic to a crawl and traps residents in their driveways.

Construction on the Eglinton Crosstown has many commuters seeking alternate routes — including Westover, where Belfer’s lived since 1987, as well as other historically quiet side streets in the neighbourhood — to access Allen Road, which transports 80,000 vehicles during peak periods on weekdays.

“Our street is like the on-ramp to Allen Road,” says Belfer of the situation on Westover, which has become a sort of ground zero for the area’s traffic woes.

“Our street has always suffered the worst,” she adds. Lora Sloan, founder of the Cedarvale & Upper Village Community Association, agrees. “It’s really a horrible situation,” she tells Post City, adding streets including Glenarden and Glen Cedar roads, as well as Winnett Avenue, are suffering, too. “They feel a constant load of traffic on their streets throughout the day.”

Belfer and Sloan are some of the residents calling on the city to take a closer look at traffic management in the traffic-choked area. Their requests have taken on greater importance recently, the residents suggest, particularly as plans for a redesign of Eglinton Avenue could bring continuous bikeways, reduce lanes, and, ultimately, impact the flow of traffic near the Allen. Residents are concerned that, without careful planning, congestion from a redesigned Eglinton may persist long after contractors for Crosslinx, the consortium building the LRT under provincial transit agency Metrolinx’s oversight, pack up their equipment.

“The City recognizes the challenges and disruption traffic congestion presents to local communities, particularly near the Eglinton Crosstown LRT,” reads a statement from the city, which adds that “staff are working very closely with Metrolinx” to manage congestion and restore lanes.

In a separate statement, Crosslinx, the consortium building the Crosstown LRT for Metrolinx, meanwhile, highlights the fact that, together with subcontractors, it expedited work at the Allen-Eglinton intersection, opening several traffic lanes last month. It also plans to open more lanes in February by prioritizing certain construction activity.

The bumper-to-bumper traffic on Westover has attracted the attention of Mayor John Tory, who, according to his office, will be visiting the area later this month to discuss actions being taken, including sending a traffic agent to the area and requesting more enforcement from Toronto police.

“This is simply a case where everyone involved has to do better, and we think they are now committed to do so,” according to a statement from the mayor’s office. “While much of the traffic issue should be fixed when Metrolinx opens the Eglinton Crosstown LRT, we know that’s cold comfort to residents right now — particularly when there is no opening date yet stated.”

So far, Sloan appreciates the response to local gridlock from different parties. “I really do think that everybody worked together,” she says.

However, she wants a more detailed study, specifically of traffic at the Allen intersection, before the dust settles on Crosslinx construction and Eglinton’s redesign is complete.

She says the Cedarvale & Upper Village Community Association supports bike lanes but wants to make sure that how they’re incorporated doesn’t exacerbate the kinds of issues the area has already been experiencing for years.

She suggests that for the stretch crossing the Allen, perhaps bike ways could be placed in adjacent laneways or maybe Eglinton could be widened to maintain four traffic lanes alongside cycling infrastructure. “We know bike lanes are an important part of the final vision, and we welcome the implementation of safe and convenient bikeways,” Sloan emphasizes.

Cycling-advocacy group Cycle Toronto says that cycle tracks spanning the Allen Road on-ramp (in conjunction with dedicated bike signals) would make the intersection safer for everyone — and without “severely impacting” the flow of motorists. “A successful and relevant example of this type of intersection is Danforth near Broadview at the exit to the [Don Valley Parkway],” says a spokesperson for the group in an email. “We believe that Eglinton deserves to be a destination that is safe and enjoyable for people of all ages.”

According to the city, a traffic study is underway for the Eglinton Today project and, as transportation staff mull possible designs, they consider public feedback from 2021 (and the city will host a second round of consultations later this year).

“Specifically, the City has received ideas from Westover Hill residents, such as new turn lanes and turn lane restrictions, and will be evaluating their feasibility,” the city says.