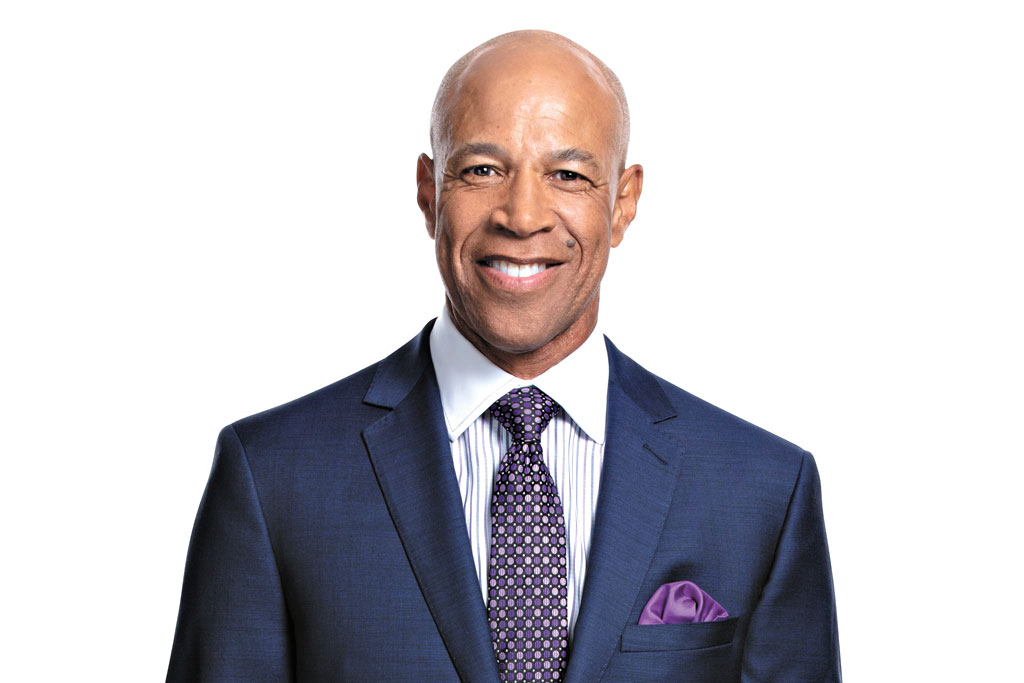 The Toronto Raptors’ play-by-play announcer Paul Jones offers his professional take on what to expect this NBA season ahead of its return on Aug. 1. Find out why the Raptors radio man believes the Raps will square off against Kawhi Leonard and the Clippers in the NBA finals.

Are you down in Florida now to call the games?

No, no, gosh, I’m not going anywhere near that place. We will be calling all our games from studios in Toronto, which is fine by me, the way Florida has made itself into the new epicentre, the new hot spot [for COVID-19]. I’m fine to be staying away from there.

What is the mood of the team now, given game action is just days away?

I think they’re ramping up. They’re getting ready. I mean, you know, they’ve had that mindset the entire season, like, “You guys didn’t think we could do it last year. Now that we lost, you know, our main guy, or what you guys considered our main guy [Kawhi Leonard], you don’t think we can do it again. We’re going to show you.” It’s the classic chip on the shoulder attitude on this team. And they’re fine with nobody talking about them.

Marc Gasol came back from the break in great shape. Has his physique and his conditioning coming back been the biggest surprise?

I think so. And this is what I say: Last year, he had one of the greatest summers a basketball player could have right with the NBA championship in June, and then he goes and plays for his national team and wins a World Championship in October, which meant he had no time off. He’s an older player. He may just have been worn down. And what he’s done now is he’s had an off season. So, you know, it will be a blessing for him [the new conditioning], it really will.

Do you think that he could make a difference now during the playoff run? We all know how much better this team is if he can hit a couple of three-pointers.

People were always concerned about his lack of scoring, and I’ve always said, if two or more of those three [point shots] fall per game, then all of a sudden he goes from a six-point scorer to a 12-point scorer. And you know what he’s going to give you on defence as the quarterback, and he’s the former Defensive Player of the Year. I mean, he’s a great play maker. People being concerned about his scoring, to me that is misplaced energy. All he needs to do is make a couple more shots and everything’s different.

And other than the thinking of analyst Charles Barkley, are the Raptors still considered an underdog going into the restart?

I think so. I mean, Milwaukee is obvious, but then you hear about Boston and now Philly is healthy and Miami. I’m like, man, those guys are all behind the Toronto Raptors, that [record] is 46 [wins] and 18 [losses]. And still nobody’s talking about them, and, you know, I just think they’re a better team than people give them credit for.

Is there a sleeper team in the Eastern Conference?

Well, you’re always leery about Miami, how hard they play and how Eric Spoelstra is a great coach. And then I would say Boston would be the other team.

Going to the Western now, do you think Kawhi Leonard and the Clippers have what it takes to get past the Lakers?

What teams are in the finals?

I think it’s going to be the Raptors and the Clippers.

Is there a team you think that will most benefit from this no-home-games restart?

No, I don’t think so. It’s very much a situation like a pickup game where there’s no energy coming from the crowd. It’s like playing on the schoolyard. And you need those guys that are junkyard dogs. The guys who are so competitive. You need a Kyle Lowry who’s willing to take a charge in an all-star game. You need scrappers. You know you need guys that, if you took all the money away and said we’re playing [pickup games] up to seven on the schoolyard, who would you pick? And the Raptors have a bunch of those guys.

And how do you think this season will be remembered? Is a simple asterisk even enough to describe what has happened over the last six months?

No, it isn’t, but that’s what they’re going to do. And I would say winning this title might be more difficult than winning the regular title because of the break in the middle and the restart. Everybody is getting a chance to ramp up and fix everything before the playoffs.

The Raptors seem to be doing an amazing job of putting Black Lives Matter and racism front and centre. What do you think?

I think it’s great. I think it’s great. And I think it also reminds people that they always say that racism is worldwide, and America has just perfected it. And, you know, that’s what Marc Gasol talked about on his Zoom call with us. How he’s seen it in Europe. So I think the Raptors are doing a great job, and I think they are representative of what protests look like in this day and age, with everybody from every colour, every race saying this has got to change.