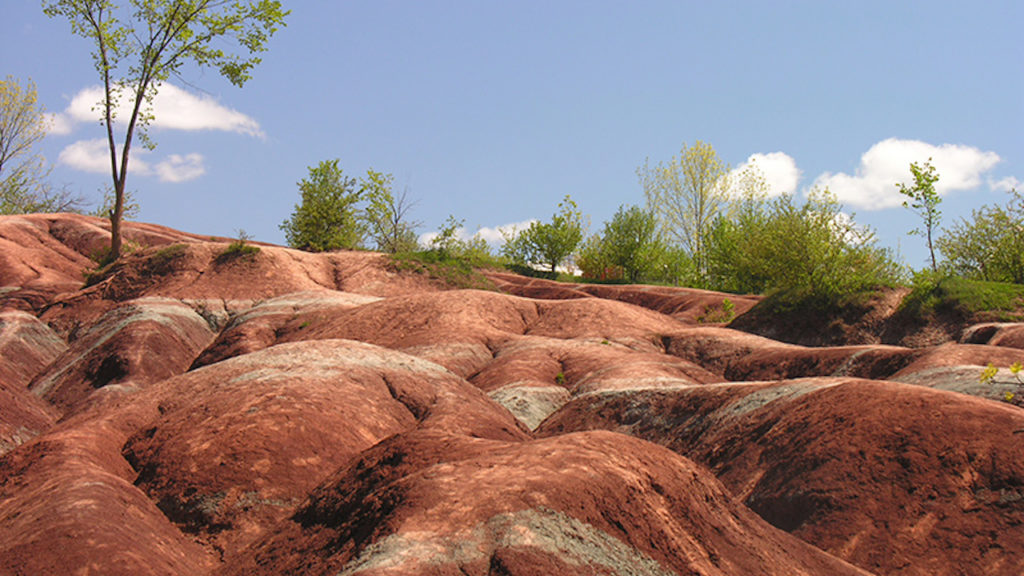 Ontario is teeming with stunning natural wonders. While some are more famous than others – we’re looking at you Niagara Falls –  there are some that are waiting quietly to be discovered.

Below are five natural wonders in Ontario to visit this summer.

A geological treasure, the Cheltenham Badlands are a landscape of rolling rock formed over 400 million years ago at the base of an ancient sea. Located along the Niagara escarpment, the 36-acre site features exposed and eroded Queenston Shale and is red in colour, due to iron oxide deposits. You’ll feel like you’re in a John Ford film, as you take in the sights from a viewing platform and accessible boardwalk.

If the thought of cave exploration is your idea of an adventure, a trip to Eganille, Ontario won’t disappoint. Located 90 minutes south of Ottawa, the Bonnechere Caves were first discovered in 1995 and it is believed they were formed from ancient limestone between 400 and 500 million years ago.  Visitors can explore the caves – once the bottom of a tropical sea – on a guided tour, while fossilized coral of ancient sea creatures are also on display.

Situated 6.5 kilometres off the coast of Tobermory, at the tip of the Bruce Peninsula, Flowerpot Island is known for its clear blue-green waters and naturally occurring sea stacks also known as the “flowerpots.”  These giant rock pillars, which are narrow at the base and wider on top, were formed over many years by wind, waves, rain and ice. The softer rock eroded quickly, leaving the harder rock that remained in the shape of flowerpots with trees growing on top. Part of the Fathom Five National Marine Park, this natural wonder is only accessible by boat.

About three hours from Toronto, Bon Echo Provincial Park is a nature-lovers paradise due in part to an abundance of lakes including part of the Mazinaw Lake, the seventh deepest lake in Ontario. But it’s the rock on the southeastern shore of the lake that garners massive attention. Here you’ll find the largest collection of native pictographs in Ontario on the escarpment cliffs. Painted in red ochre, they depict human and animal-like figures and a number of abstract and geometric symbols. There are more than 250 of these rock paintings spread along 2.5 kilometres. 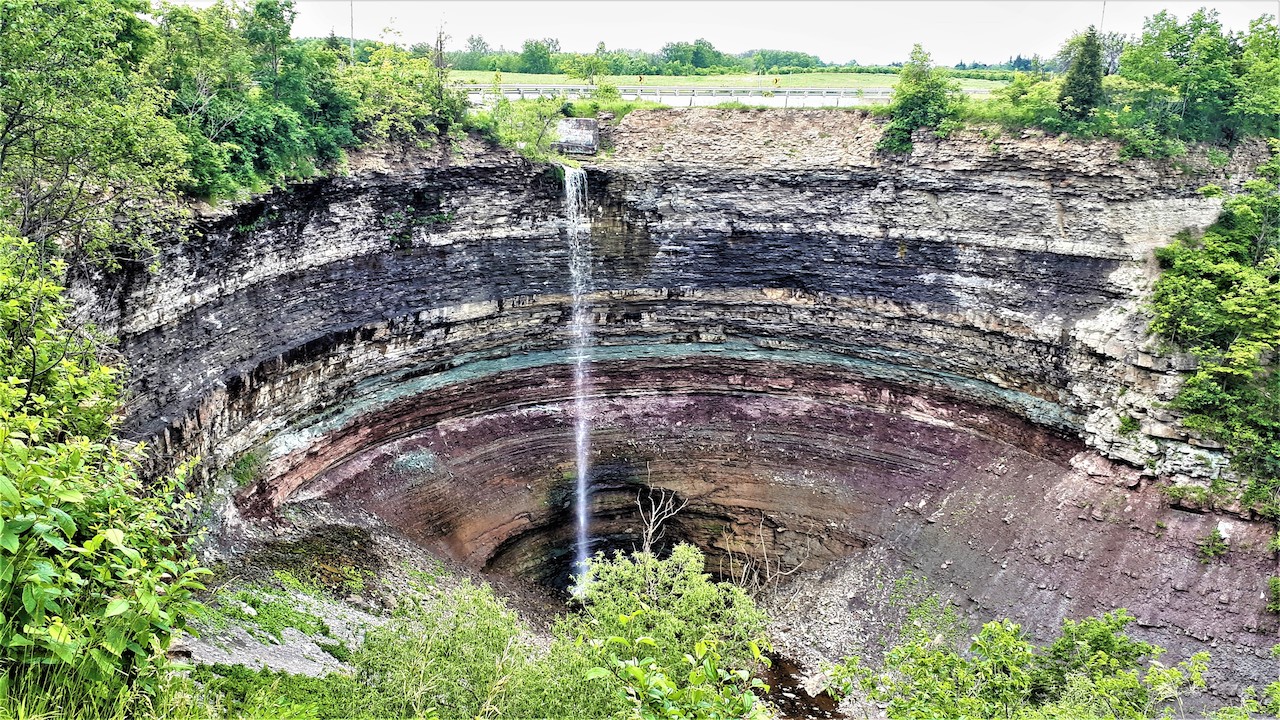 This unique natural wonder dates back to the last ice age when melt-water rivers carved this formation out of the Stoney Creek Escarpment. Now, it’s one of the Hamilton area’s top trails and features two waterfalls: The 5.5-metre Lower Falls and the 33.8-metre Upper Falls. There is a lookout platform providing views of Hamilton should that be of interest. It marks the trailhead for the Dofasco 2000 Trail.