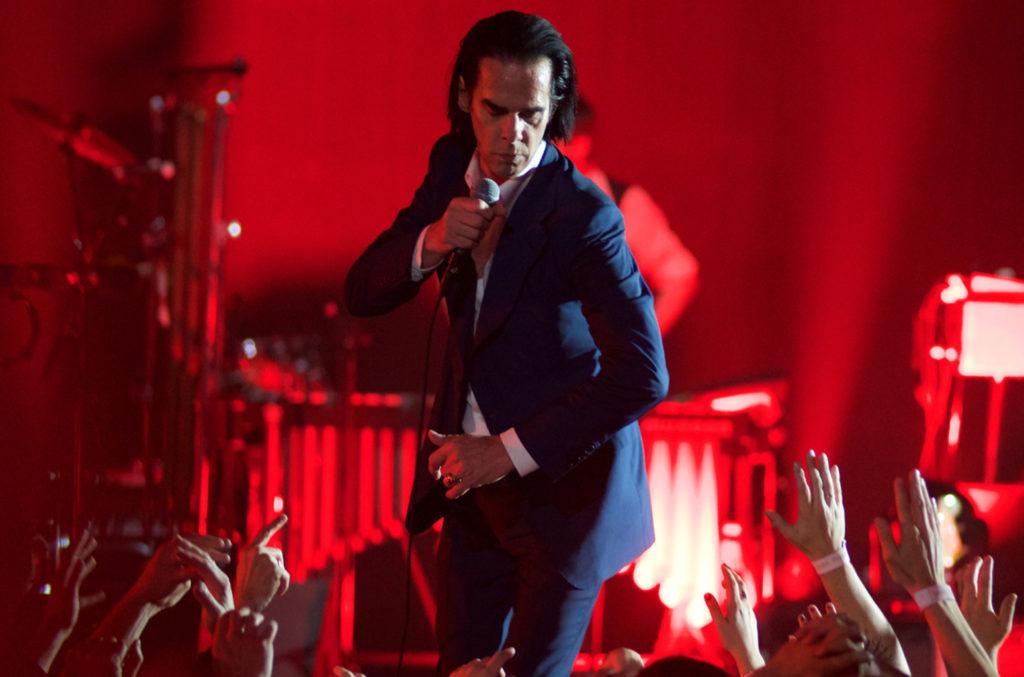 It did not take Nick Cave very long to make an impression on the audience at the Scotiabank Arena on Sunday night, making his way through the crowd and up into the first tier of seating during just the second song, the utterly gorgeous “Magneto,” off his 2016 album Skeleton Tree.

From that moment, he had the crowd in the palm of his hand and he didn’t let go over the next two hours demonstrating a level of showmanship, talent and, yes dammit, authenticity that puts him in the upper echelons of musicians to catch live.

He’s got the stage prowl of Mick Jagger, the intermittent rage of Zack de la Rocha and when he sits down at the piano he suddenly turns on a melodic dime and morphs into something different yet again. It’s a powerful and entertaining package.

As Cave pointed out, the show was his last on a massive tour in support of his 2016 release.

There are two ways that could go, one was demonstrated by the opening band Cigarettes For Sex, who were as dull as could be. Better, for concertgoers, was Cave’s approach: Let it all hang out, ‘cause who knows when you’ll be back.

Cave, an Australian and central figure of that country’s post-punk movement in the 1980s, has always written songs that are emotionally powerful with a poetic sensibility akin to a beat poet with a death compulsion.

Over the course of the two hour show he had the crowd up, and then down again for a  mini-set of beautiful songs on the piano then up again for the final push to the finish.

Towards the finale, Cave waded through the crowd again for The Weeping Song, which he sung from a small stage set up around a camera. After that, a few dozen audience members were invited onstage to help with the final two songs, both killers, in the fiery “Stagger Lee” and a passionate rendition of “Push the Sky Away.”

The way it ended, there wasn’t really any reason for an encore. It was perfect. Nonetheless, he complied with the demands and adoration of the crowd and dropped a couple more on the very thankful throng before he left for good.

It was a wonderful, powerful performance that makes one realize, once again, the transformative and cathartic power of music when it’s in the right hands.