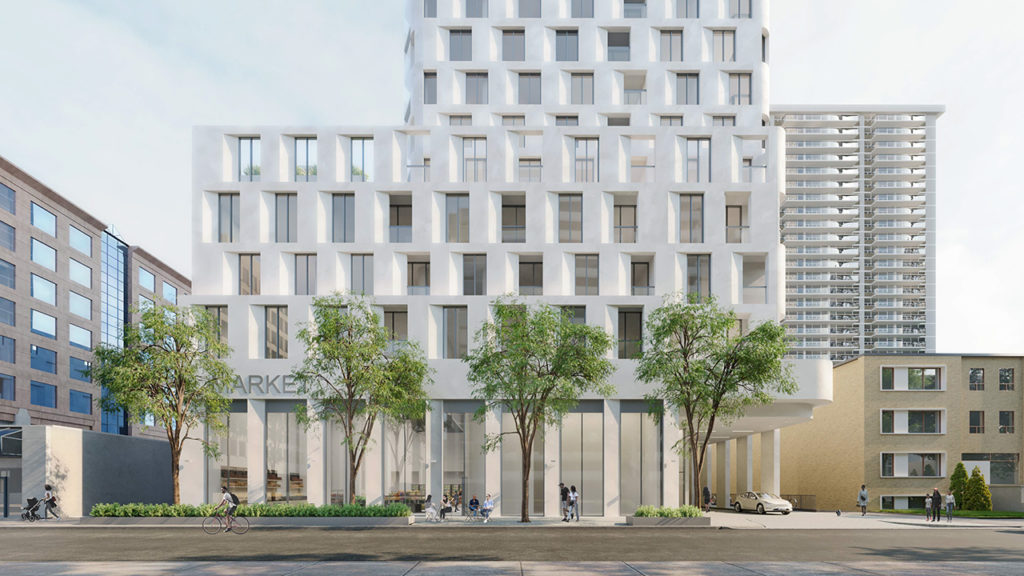 A proposed high-rise development is set to deliver 414 rental apartment units to the Yonge and Davisville neighbourhood area.

Last week, Shiplake Management Company submitted a new Site Plan Approval (SPA), to the city to construct a 40-storey tower located at 22 Balliol Street that is currently occupied by a single-storey building with a Sobeys Urban Fresh grocery store and a boxing gym below-grade.

Located a short walk from Davisville subway station, and designed by award-winning architectural firm gh3, the proposed development is inclusive of a four-storey podium, while thirty-three of the rental units are slated to be affordable housing units. Retail, including the return of the current grocers Sobeys, is set to occupy the ground and second floors.

The application for the site was first proposed in 2016, but was met with opposition by the community as it (amongst other things), asked for an increase to the permitted height and density. In 2017, an appeal was submitted to the Ontario Land Tribunal (OLT) and a settlement was reached that included the addition of a mid-block connection and an at-grade bicycle parking space, the removal of balconies on the north, east and south tower facades, and reducing the size of the tower floor plate. 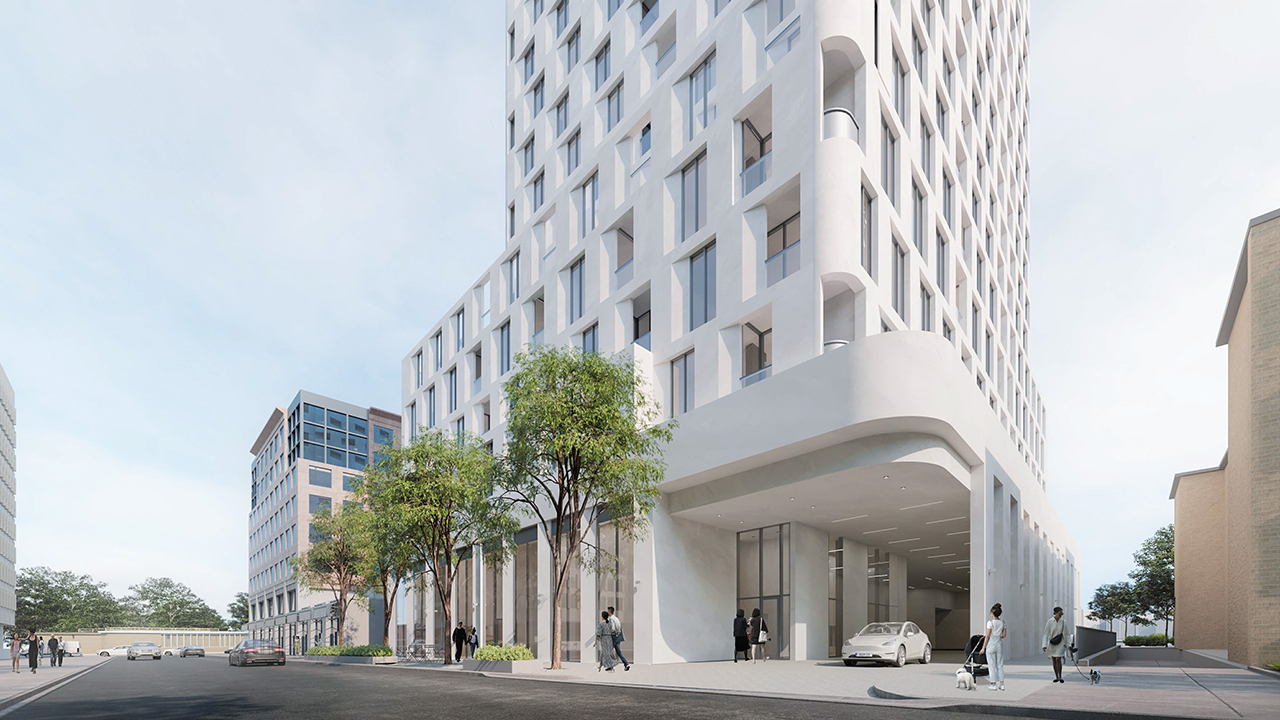 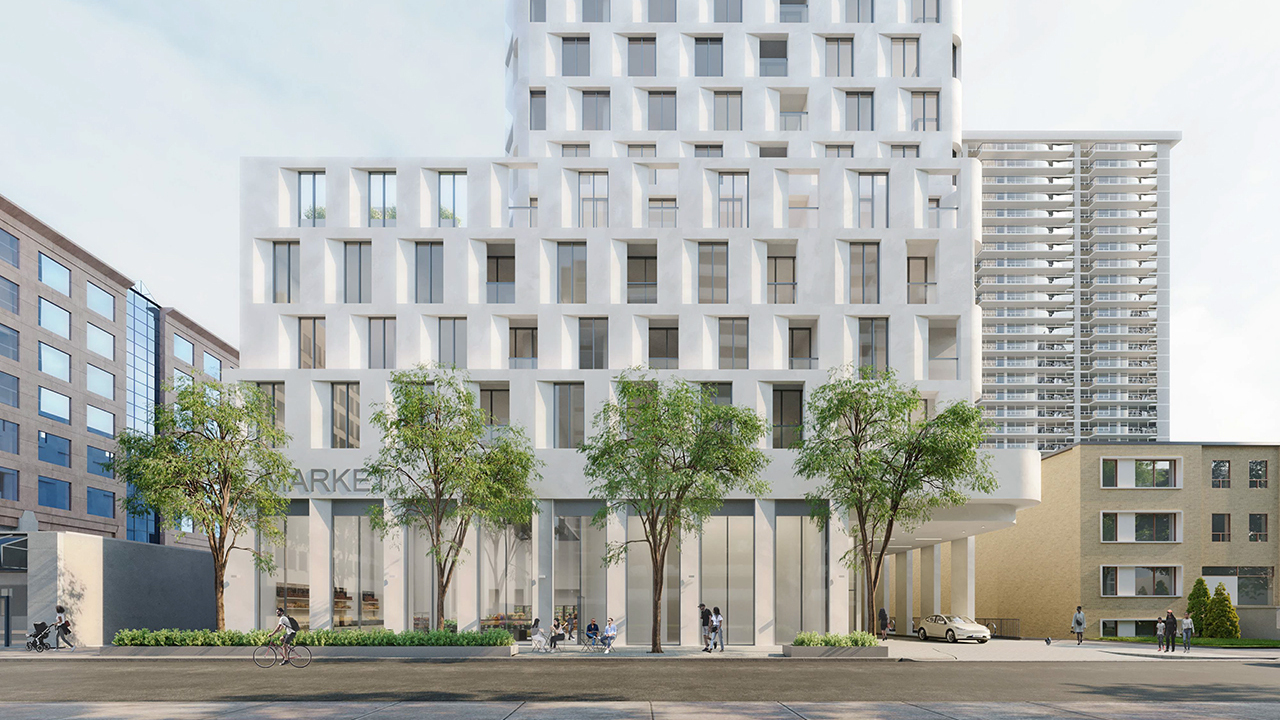 “By scrapping our community’s Midtown in Focus plan, the province mandated an unreasonable built form on this site,” said councillor Josh Matlow, who represents Ward 12, Toronto St. Paul’s. “However, working together with our community, we were able to replace the much-needed grocery story, secure affordable housing, and get significant public realm improvements.”

Of the 414 rental apartment units, the breakdown would include 41 three-bedrooms, 129 two-bedrooms and 214 one-bedroom units. Thirty studio apartments are also planned.

According to renderings, the modern exterior of the 126-metre tower is covered in bold vertical lines, that extend its entire length, while 155 parking spaces will be available for both residential and commercial use.

Both outdoor and indoor amenity space is planned for the lower podium, third floor, and rooftop of the tower, adding up to more than 20,000 square-feet of space.