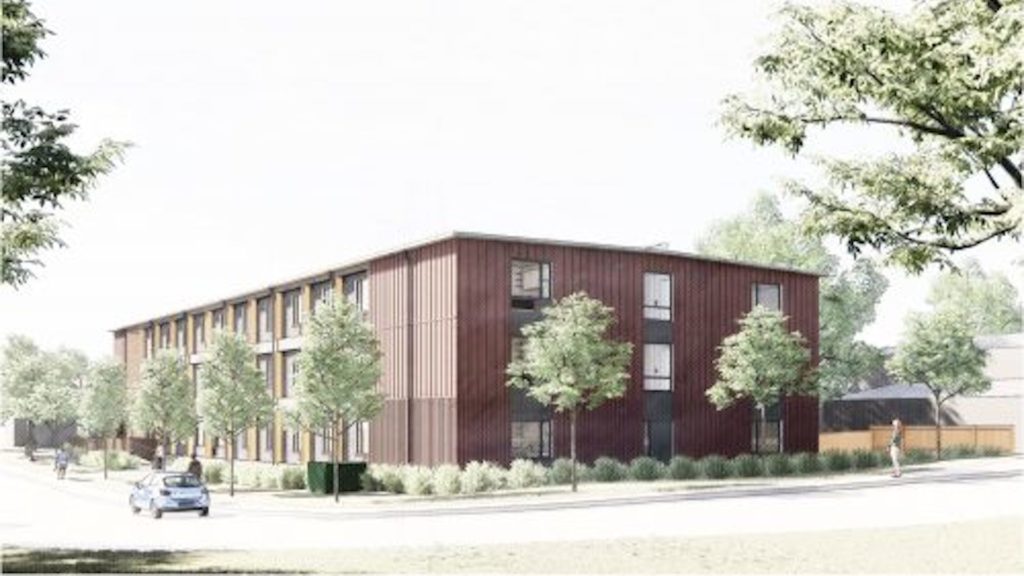 Mayor John Tory was on-site last week to welcome the delivery of 59 new permanent modular homes in the city at 540 Cedarvale Ave., as part of the city’s plan to increase the supply of affordable housing.

As the result of a partnership between the City of Toronto and the federal and provincial governments, the three-storey building will house 59 self-contained studio apartments, each with a private kitchen and bathroom, and will be built on land previously used as a parking lot.

The building will also include a laundry facility, a commercial kitchen that can provide meals for residents, common amenities for residents such as a dining room, program space, and administrative offices, as well as 24/7 support services to individuals experiencing homelessness, including women, seniors, Indigenous peoples, racialized communities and those with disabilities.

Joined by city officials including Liberal MP for Beaches-East York, Nathaniel Erskine-Smith, and Deputy Mayor Ana Bailão, who chairs the planning and housing committee, Tory addressed the ways in which building more affordable and supportive housing continues to be a key priority for the city.

“Modular housing has proven to be a unique concept that is allowing us to create housing in months not years,” he said. “Now we can make permanent homes that will provide wraparound supports for those who are vulnerable in our city.”

Modular building structures are more energy-efficient than a traditional home would be, easy to ship, and are more cost-effective while contributing to lower carbon emissions that are normally produced during construction. Prefabricated in a factory, the homes are then transported to the site where they are assembled.

In 2020 as a response to the pandemic, Toronto city council approved the COVID-19 Housing and Homelessness Recovery Plan with the aim of creating 3,000 affordable housing units for homeless, vulnerable, and marginalized residents. According to the report released by the city, they are currently on track to exceed those targets and deliver more than 3,300 new affordable and supportive housing opportunities by the end of 2022.

The homes at 540 Cedarvale Ave., are part of the second phase of the city’s Modular Housing Initiative (MHI), as part of the HousingTO 2020-2030 action plan, which includes the approval of 40,000 new affordable rental homes with 18,000 supportive homes, including 1,000 modular homes.  One hundred homes were completed in the first phase at 321 Dovercourt Rd., and 11 Macey Ave. Another project on Cummer Avenue is being held up by the Province of Ontario.