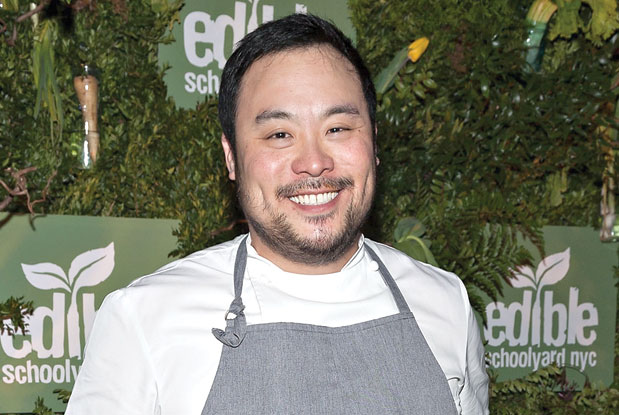 When David Chang brought his signature Momofuku restaurant to Toronto last year, here we had a primo American chef, a TV star and an international culinary heavyweight setting up shop in our fair city. We swooned. Now, Chang is one of the headlining chefs at this month’s new Taste of Toronto culinary festival, July 24 to 27.

You are taking part in the first Taste of Toronto event in July. Are you familiar with it?
We were part of Taste of London back in 2012, so it’s great to be a part of the festival again. I’m thrilled that Toronto was chosen as the first North American location for Taste. I think that says a lot about the Toronto restaurant scene.

What do you think of the format and the event?
The format gives guests a crash course of what’s happening in food. It gives us a chance to connect with the city to help promote everything that the community is doing in food.

What are your plans with Momofuku?
Peter Meehan and I will be kick-starting the event with a live Q & A session where we’ll talk about the restaurant scene in Toronto and the city’s boundary-pushing trends that rival the international culinary scene.

How does Toronto’s food scene compare to other big North American cities?
Toronto is giving other big cities a run for their money. The food is so diverse. And I’m noticing that the chefs here are really pushing the boundaries which makes me think they are hungry for Toronto to be a culinary capital.

You’ve come out strongly against Yelp reviews. What do you think of Toronto’s leading food critics such as Joanne Kates?
Joanne reviewed Shōtō early in 2013, and as much as it was tough to read, professional food critics give us and the public information that we can learn from and improve on. With Yelp on the other hand, there’s nothing qualifying the author to give you reason to believe what they are saying.

What is your favourite guilty culinary pleasure in Toronto, after the kitchen shuts down?
Real Sports. They have great chicken wings, and I can get caught up on sports news, too.

Have food bloggers helped or hindered?
That’s a tough question. They have provided an unprecedented amount of exposure for restaurants, but it’s not always the best exposure, especially when they don’t know what they’re talking about. So it could help or hurt your business.

What is the key to the perfect burger?
Use quality meat, and don’t be afraid of fat. About 30 per cent fat makes a really juicy burger. Get creative with your toppings. At Daishō, we put our patty on a buttermilk bun and dress it with kimchi crust plus roasted trumpet royal mushrooms.

You’ve cited bologna sandwiches as a coming food trend. Are you sticking with that and why?
I’ll stick to that. Bologna can be made from any kind of meat, so its super-versatile, and chefs are beginning to experiment with it. We have seen artisanal pickles, popcorn and beef jerky, so it’s only a matter of time before bologna gets the spotlight.