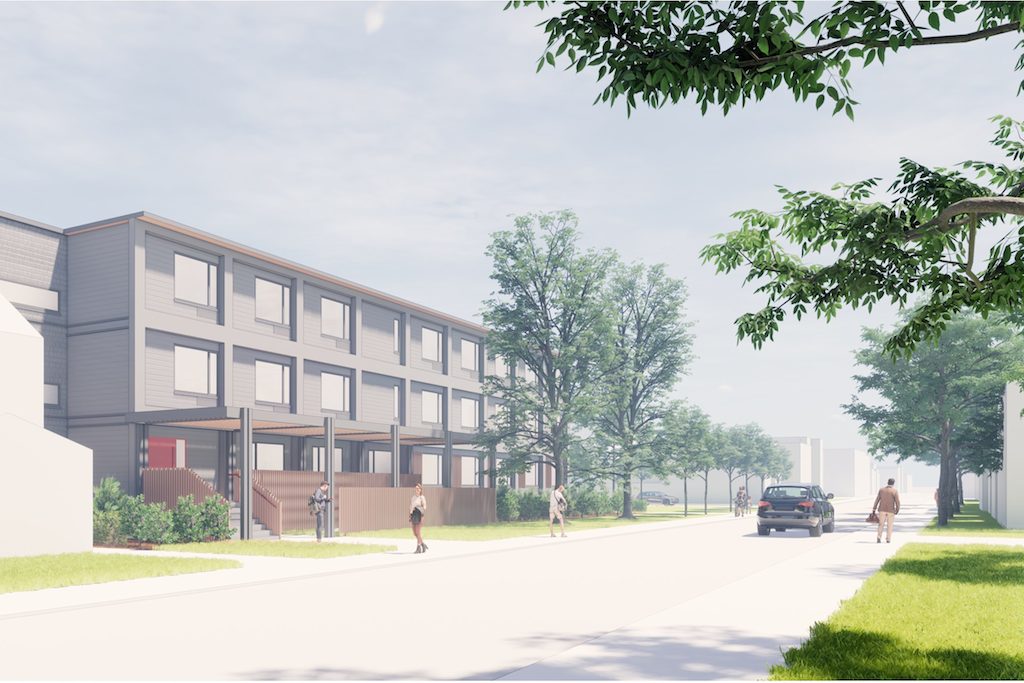 The city of Toronto is looking to expedite the construction of 44 modular housing apartments at 150 Harrison St. as part of its plan to increase the supply of affordable housing in the city, but some residents fear the project is moving too fast.

The proposed project, located just north of Dundas Street West and Dovercourt Road, would be three storeys and consist of 44 affordable, rental bachelor apartments. It would be a supportive housing project designed to support people experiencing homelessness.

It is part of the HousingTO 2020-2030 Action plan, where the city committed to creating 1,000 modular homes and is one of two sites selected for the first phase of the project.

Councillor Ana Bailao said the city’s increase in homelessness, as well as concerns over physical distancing in the city’s shelter system, resulted in a decision to hasten the modular housing plan.

“Modular housing was part of our housing plan that we approved in December,” said Bailao. “The city had committed to building 1,000 units and then when COVID hit the mayor directed staff to speed the construction of 110 units.”

The apartments would be managed by a non-profit housing provider. Bailao said an RFP (request for proposal) has been put out by the city and that the city’s housing secretariat will receive proposals and pick a non-profit based on community needs and community feedback.

Bailao said thus far community reaction to the proposal has been mixed.

“You have people calling my office and saying this is one of the very few good things about COVID, we’re finally accelerating and building housing and you know it would be unthinkable to go through winter like this, while people are sleeping in the streets, and good on the city to do this,” said Bailao. “There are other ones that are saying that’s not an appropriate site and this is moving too fast.”

Mike Smele lives near the proposed site and fears due process has been sacrificed in order to get the project done quickly.

Smele pointed to an April 30, 2020 council meeting at which city council voted against delaying a motion concerning the modular housing initiative until community consultations at the chosen locations. He also has questions regarding the sustained funding of the project.

With the city being unable to hold a traditional public open house about the project due to COVID-19, an online information session is scheduled for June 17. Bailao said the goal is to have occupancy at the site by the fall.

“This is moving quickly. The idea is we bring as many of these solutions as possible as soon as possible,” said Bailao.

Smele said he and other local residents have organized and launched a Facebook group to oppose the current plan ahead of a city council vote on June 29.

“We collectively as a city have a major issue with homelessness and we as a community understand that, and we as a community want this project to be successful,” said Smele. “Our major concern is there is a vote happening June 29, and if that passes it’s a clean slate for them to proceed without a plan, without a budget, without them having a secured source of funding on a long term basis, without them having identified what services will be provided at that site and without meaningful community engagement.”