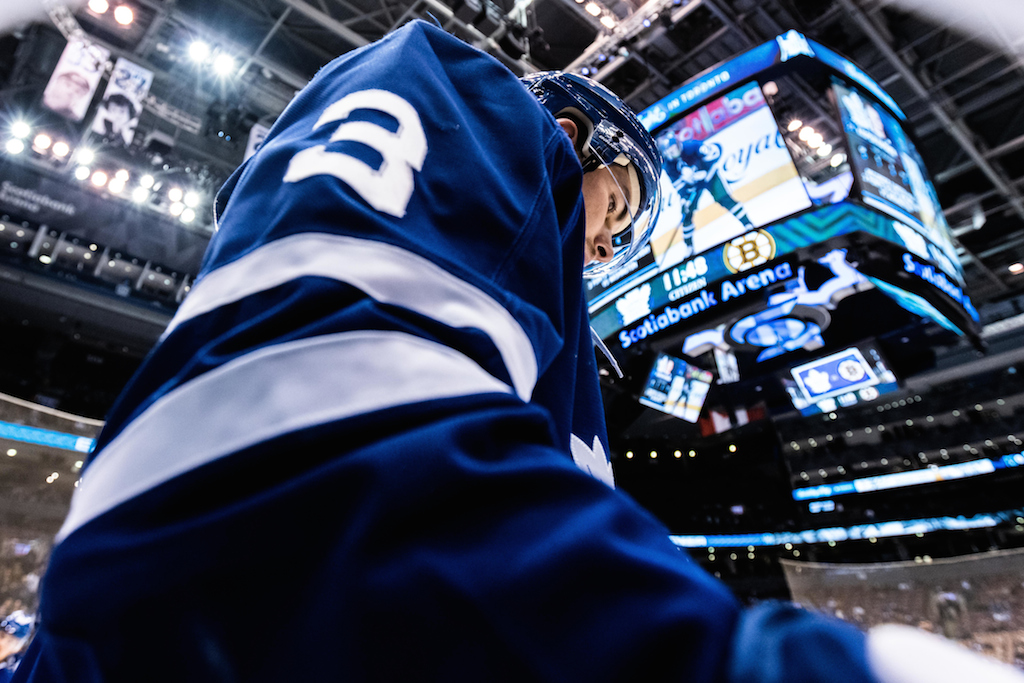 Maple Leaf Sports & Entertainment (MLSE), the Toronto Maple Leafs’ parent company, has reportedly been in contact with the provincial government about Toronto serving as a hub for teams once the NHL resumes its season.

Ontario Premier Doug Ford made the announcement at his COVID-19 press conference update on Tuesday. Ford simply noted that the MLSE has been in contact with them, and once he gets more information he’ll pass it along.

“They’re coming up with a game plan, the NHL as a whole. They haven’t really divulged anything else as of yet, but we have had a conversation,” Ford said.

Could Toronto be a ‘hockey pod’ for teams should the NHL resume its season? https://t.co/lmYxx0mOWa

The NHL halted their schedule on March 12 in response to the COVID-19 pandemic but hasn’t ruled out the idea of centralizing teams in low-risk centres in hopes of resuming the 2019-20 season in the near future.

On Sunday, Prime Minister Justin Trudeau said that players would need to follow quarantine protocols if they were to arrive in Canada while the border remains closed.

“Certainly at a strict minimum, anyone who arrives from another country will have to follow all the rules of quarantine in an extremely strict manner, but we’re not there yet in our discussions with the NHL,” Trudeau said in a press conference. He added that it depends on an “enormous amount of things” and he doesn’t want to speculate on this until there’s more discussion.

Meanwhile, on May 5, Toronto Mayor John Tory said that the city has been in preliminary talks with the Blue Jays and Raptors on potential return-to-play scenarios, and that “things are moving forward quite nicely.”

In an interview with Toronto’s @CP24, Toronto mayor John Tory said #Raptors officials have been working with the municipal and provincial governments on a proposal that would allow the OVO Centre to be among the #NBA facilities permitted to reopen: https://t.co/LSzbMXEayK pic.twitter.com/uCb0m8ydlp

“I expect there will be some news to report on that in a way again that is going to be consistent in making sure our team and our players [will not] be put at a competitive disadvantage,” said Tory, during a press conference. “But at the same time respecting completely the imperatives we have with regard to public health and stopping the spread of COVID-19.”

Although Torontonians miss their sports, some on social media are questioning government priorities.

Phew! That was everyone’s major concern.