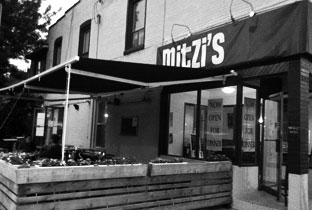 “Three restaurants are just too much to handle,” owner Lesli Gaynor tells us. She also confirmed that the restaurant’s two sister locations, Mitzi’s Cafe and The Sister will remain open. “I just feel like they are more established.”

She went on to say that though she enjoyed Mitzi’s on College, the location of the other two eateries are more her speed.

Though Gaynor is slowing down for the moment, she did say that there may be plans for another location in Toronto’s east end at some point.

Mitzi’s on College serves its final brunch on Sunday, Feb. 26.