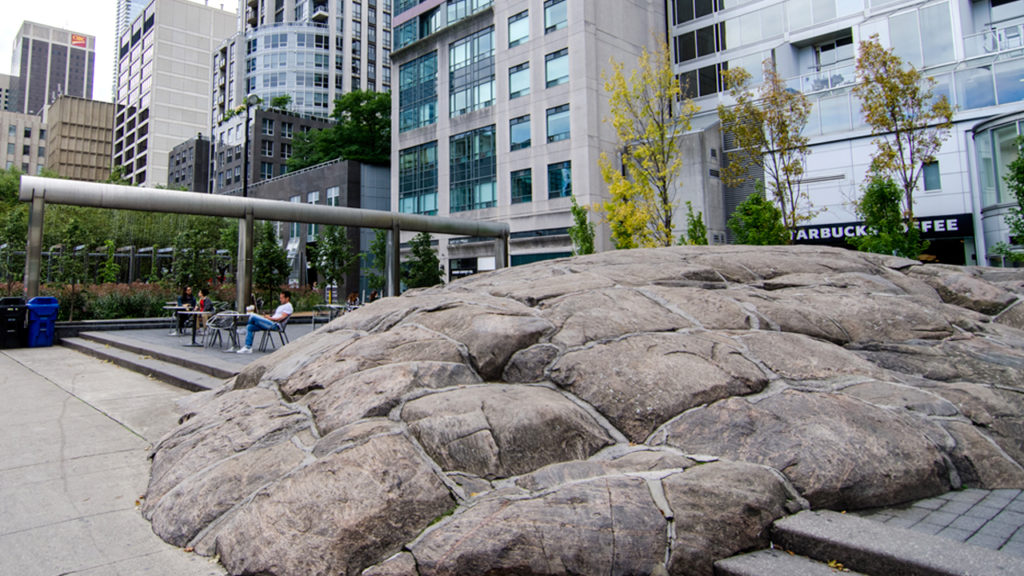 Yorkville is a vibe, and it is growing.

To counter densification, Toronto has plans for a “network” of parks that could spread Yorkville’s culture further east. Some of the green spaces will be significant, such as an extension of the Village of Yorkville Park, and a new park that will “mirror” it running between Bloor Street West and Cumberland Street, where Cumberland Terrace currently resides.

“It is quite striking when you look at just how much new green space is going to be added,” local councillor Mike Layton said. “It’s a whole network.”

The new green spaces, including one between 33 and 11 Yorkville Ave., are being built in conjunction with new developments and have all been approved by the city.

According to the city, the subject parkland is located along the western side of the site and will be nine metres wide and 51 metres deep. It is adjacent to another future public space at 27-37 Yorkville Avenue, and will create a combined park size of approximately 1,040 square metres.

Layton said it is necessary to include public space in development plans, as once the land is gone, it is hard to come by again because it is “so bloody expensive.”

The city requires developments to include public space, but Layton said some of the projects in Yorkville have gone above and beyond what is required.

The “mirror” of Yorkville Park will be around 1,500 square meters and will connect to the new green space north of Cumberland, which will then link to the existing Town Hall Square and Mist Garden on the north side of Yorkville Avenue. “It’s a neat little corridor of parks up and around the east side of Bay,” Layton said.

The same landscape architect, Janet Rosenberg & Studio, will be designing both parks on either side of Cumberland, so they can “integrate” with each other, according to Layton. There is also the chance Cumberland could be closed off to cars so the parks could “spill out into the street.”

In all, Layton sees the new green spaces as a way to extend the culture of Yorkville further east, which currently is centred near the Village of Yorkville Park.

“It’ll make it a destination,” he said.

Meanwhile, the Village of Yorkville Park extension will increase its size by about a third and replace the building currently at 1240 Bay St., according to ABC Residents Association co-president John Caliendo.

The extension, which was originally thought to be a long shot, will likely include a water feature, programming for Yorkville’s jazz festival and the return of a skating rink to the neighbourhood, according to Caliendo.

“It will be something for the next 100 years,” he said. “It’s going to be a very significant park.”

The movement to create more public space in the area began about 10 years ago, Caliendo said, after the “floodgates” opened to tall towers with the 55-storey and 30- storey Four Seasons Hotel.

With the help of urban designer Ken Greenberg, who has since worked on the Bentway revitalization, the city developed a plan for Yorkville to create pockets of public space that connect with each other, inspired by the design of Rome, Italy.

“The seed for all of this was done 10 years ago, and now it’s coming to fruition,” Caliendo said.