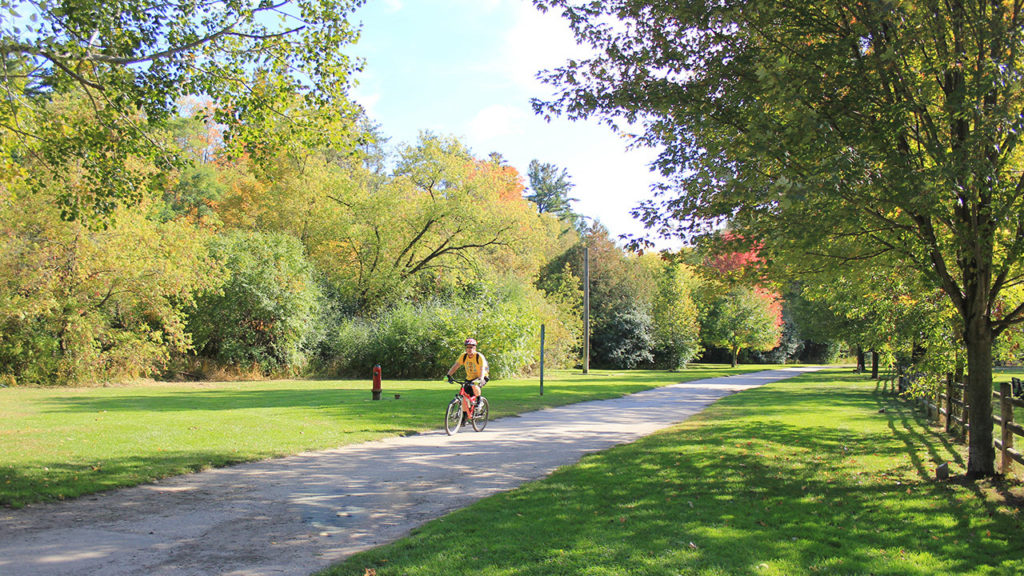 Toronto’s Sunnybrook Park may receive a long list of improvements in the near future as part of a comprehensive strategy to upkeep the city’s ravines.

Sunnybrook Park has been identified as one of 10 priority areas as part of the city’s Ravine Strategy to improve the green spaces in the long term. The city already has $1.3 million in funding to spend on Sunnybrook Park, which will be used to reconstruct a stone staircase at Edwards Gardens to improve accessibility, as well as improve Willow Creek Park, according to city councillor Jaye Robinson.

In addition, the city and Robinson are seeking $12.8 million in extra funding for additional improvements to Sunnybrook Park, which would include new wayfinding signage, a new boardwalk and pedestrian bridge, and upgrading existing trails.

“(The changes are) going to give the park a real facelift,” Robinson said.

Toronto has more than 300 kilometres of ravines that make up about 17 per cent of the city’s total land area, according to city project manager Wendy Strickland. The city regards the ravines as critical infrastructure that not only provide much-needed green space to the masses but also helps move stormwater through the city.

“(Ravines) contain quite a bit of critical city infrastructure,” Strickland said. “So they are really quite important for the function of the city overall.”

In order to make sure the ravines are maintained and improved, the city adopted the Toronto Ravine Strategy implementation plan in 2020 to help coordinate the upkeep. The city has already set aside $118 million to invest in 2022 and has received almost $50 million from provincial and federal governments, according to Strickland. Since 2020, the city has spent nearly $40 million on the project, while the federal government has contributed $18.2 million.

The federal and provincial governments’ support will also provide resources for the construction and enhancement of multi-use trails and will help plant trees to restore the city’s urban forest, according to a statement from the city.

“City Council and I strongly support significant investments in the Ravine Strategy, now and in the long term,” Mayor John Tory said in a statement. “I am committed to working with our federal partners to protect our ravines and invest in the city’s incredible and vast natural infrastructure. These investments will reap benefits for present and future generations.”

While some parks will receive visible changes and improvements, much of the work may not be noticed by the average park-goer but is necessary for maintenance, Strickland said. This includes stormwater mitigation as the city faces more severe storms, and preventing invasive species from setting roots in the parks.

What park-goers will notice, though, is a new pathway called The Meadowway being constructed from an existing 16-kilometre hydro corridor that will connect Scarborough’s Rouge National Park to downtown Toronto.

The city has also identified High Park and Moore Park as priority areas for improvement.  Moore Park will see improvements to the Beltline Trail, including a new switchback trail at Moore Avenue currently under construction.