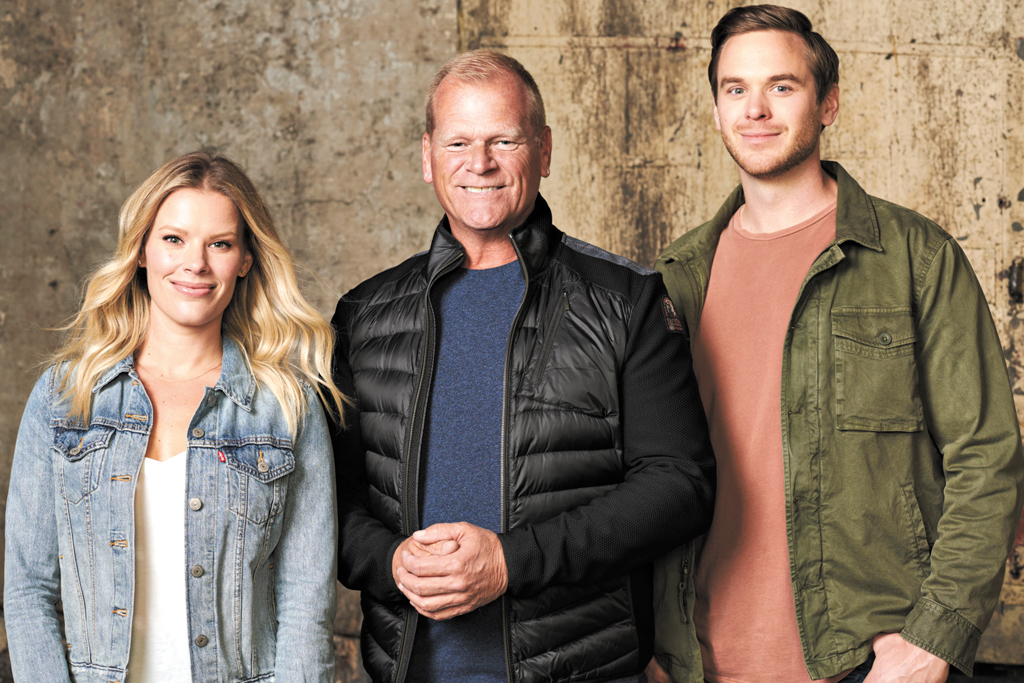 Canada’s favourite contractor who always does it right, Mike Holmes, is back with a new feel-good renovation series this month. Holmes Family Effect premieres on Feb. 7 right after the Super Bowl on CTV and shows Holmes working on renovation projects for local heroes in their communities alongside his son Michael and his daughter Sherry. We caught up with the Holmes siblings to find out about the new series, what it’s like working with Dad and how meaningful it was to transform spaces like a youth centre and a school building.

What was it like working with your dad on these projects?

Sherry: Being able to share this experience with both my father and brother was actually really fun, especially during such uncertain times. Don’t get me wrong, we don’t always get along and we don’t always agree on everything, but I do think it’s important to challenge each other so we can grow personally and professionally.

Michael: We are used to helping one homeowner at a time, and with Holmes Family Effect we made a much larger impact on communities, which affected so many different people in a positive way. Being able to share and participate in an experience like this was extremely special.

In one episode, you work with Russell Peters at his old school, what was that like?

Michael: As someone who has been a fan of his comedy for a long time, I was looking forward to working together. Seeing the reaction of the students at Judith Nyman Secondary School when he came in to talk to them was priceless. Watching him inspire the students was my favourite part.

Sherry: It was so fun! I got so nervous and excited every single time. No one had any idea if we were taking on their project or what we were going to do. My favourite part was always surprising our heroes and seeing the looks on their faces but also getting to show them the finished project. We might have done the work, but they’re the real heroes for caring for their communities and doing an amazing job spreading good vibes and positivity.

What obstacles did COVID present in getting these projects done?

Michael: We had to shut down production for a few months and were very happy when we were able to resume in accordance with government and industry COVID-19 protocols in place, since it meant our deadlines had been delayed and our ability to help out was therefore delayed.

What is the family dynamic like on the job set?

Sherry: My dad thinks that some of my ideas can be a little out there, because they’re not always what he would pick for himself, but it’s important to let people be creative and try something new. Timelines can come into play too. If Michael is better at a project than I am, we’d naturally want him to complete it if the timeline is tight. At the end of the day, there are three of us and two votes versus one always wins.

Michael: Mixing family and work can always be interesting. Saying we don’t butt heads would be a lie. My dad and I share the same goal, but we have a different way of getting there sometimes. My dad would like to call himself the captain of the ship. He steers the ship, and we help make sure that, no matter what happens, the job gets done and we inject our individual styles and personalities into it.