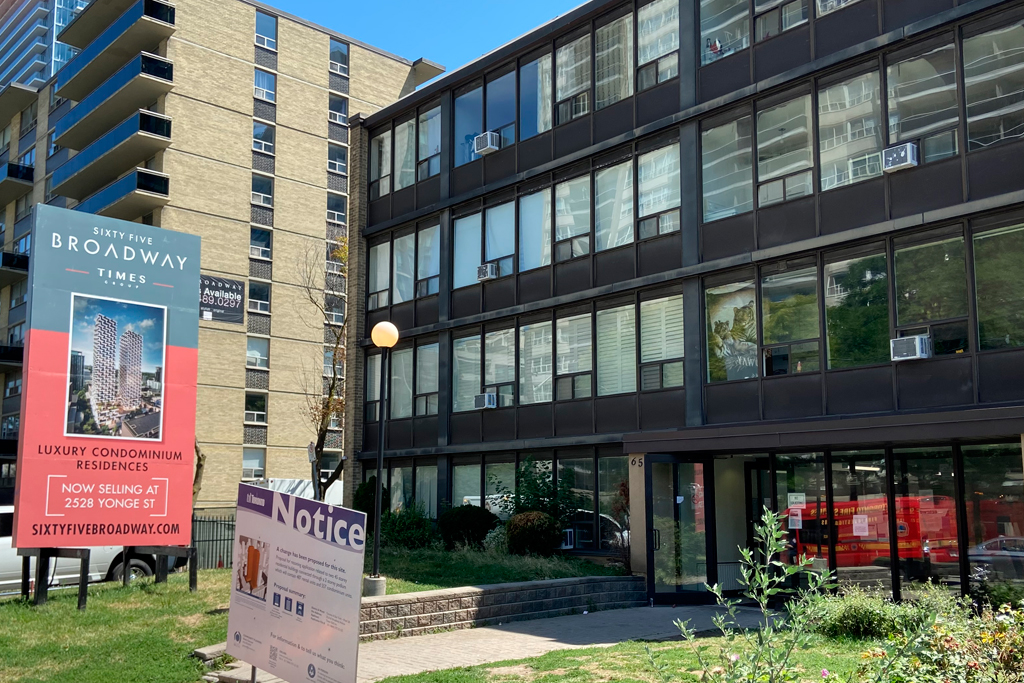 A 25-year-old man was arrested at a temporary homeless shelter on Broadway Avenue in midtown Toronto for possession of a handgun. According to a Toronto Police Service report, it is alleged that the man, a shelter resident, was observed in possession of a handgun by shelter staff who notified police of the alleged presence of a gun on the property.

After a search, a modified pellet gun which contained ammunition was found as well as additional rounds of ammunition, according to Toronto Police Service. Guns are not permitted in any of the city’s temporary shelters, and the suspect was apprehended.

In a press release, the city noted that the current Broadway shelter is temporary and will close at the end of August. Residents will move from the shelter to permanent housing or be relocated.

“The City will vacate this site at the end of August and is working with all current residents on permanent housing plans. Clients will be assisted to move to an alternate temporary location in another neighbourhood if permanent housing cannot be secured before the shelter closes,” the press release states.

There is no word yet on the location of the alternate shelter mentioned. Since the COVID-19 pandemic, the city has moved 3,500 homeless people from encampments to temporary shelters, and 1,500 people have moved to permanent shelters.

A recent press release issued by Toronto Police notes that police presence has increased in temporary shelter areas, including a special project initiated to keep tabs on shelter residents.

“In response to community concerns, 53 Division has implemented Project Concord. The initiative sees an increase in police presence across neighbourhoods based on intelligence-led policing. Officers from both the Service’s Priority Response Unit and Community Response Unit are patrolling at different times throughout the day and night in areas where there are increased calls to service,” the release states.

Although the city intends to close the homeless shelter on Broadway at the end of the month, the city has signed a two-year lease with the Roehampton Hotel property owners.

A local teacher in the area, Matthew Leverty, recently wrote a letter to Mayor John Tory expressing his concern about the ongoing violence near the Roehampton location. The letter was posted in a local Facebook group and echoed escalating concerns as the new school year approaches.

“With reckless negligence, the city has chosen a site that is 50 metres from two large schools,” Leverty writes. “I would be shocked if students are not harmed in some way.”

The suspect faces numerous firearms charges and was scheduled to appear in court yesterday. The investigation is ongoing.