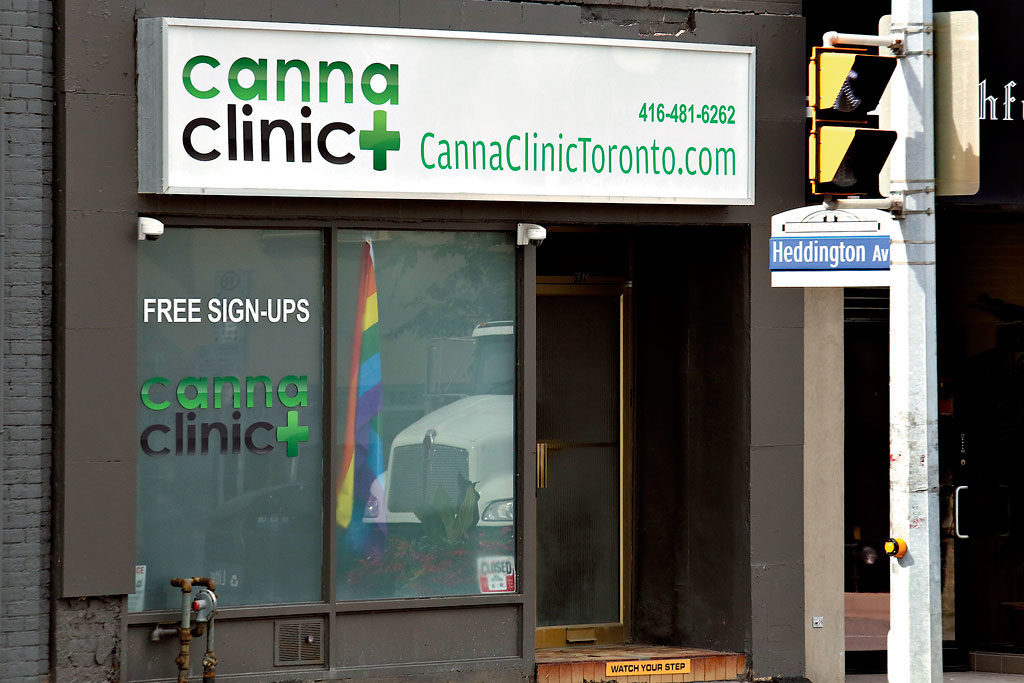 Olga Fowell, who lives near the Canna Clinic at 527 Eglinton Ave. W., started a petition asking the Toronto Police Service to close down all of the existing dispensaries in the area. She said it has garnered more than 400 signatures. “As a neighbourhood, we want them out immediately,” she said.

Storefronts that sell marijuana are currently illegal and are not licensed by Health Canada. On July 7, Toronto police executed a third search warrant for the Canna Clinic’s Forest Hill location. Five employees were charged with possession for the purpose of trafficking a Controlled Drugs and Substances Act Schedule II substance and possession of proceeds of crime. The most recent raid comes after 80 Canna Clinic employees in Toronto and Vancouver were arrested on June 22 as part of Project Lincoln, which aimed to put a stop to the illegal storefronts.

Two days later, on June 24, police said the Canna Clinics in the Forest Hill and the Yonge Street and Eglinton Avenue areas had reopened.

The second raid took place at both locations on June 27, and officers seized more than $13,000, as well as equipment required to operate the dispensary. They also seized more than 22 pounds of marijuana, and 15 employees were arrested and charged.

His store, Ashford Cleaners, has been at the corner of Eglinton Avenue and Warren Road for 19 years. He said his new neighbour has been a concern for him and his clients.

“There’s still just a big volume and that was the issue.… It’s a small street, and it’s not really meant for this type of activity,” said Accardi. “I’ve seen relief from my clients [since the dispensary closed].”

There are more than 50 recreational marijuana dispensaries in Toronto listed on Weedmaps.

“If we allow these pot shops to just proliferate, I think we’re going to lose control of it,” said Joe Mihevc, councillor of Ward 21, St. Paul’s.

Fowell said she is hopeful the Forest Hill Canna Clinic will remain closed, despite the fact the Yonge and Eglinton location has reopened.