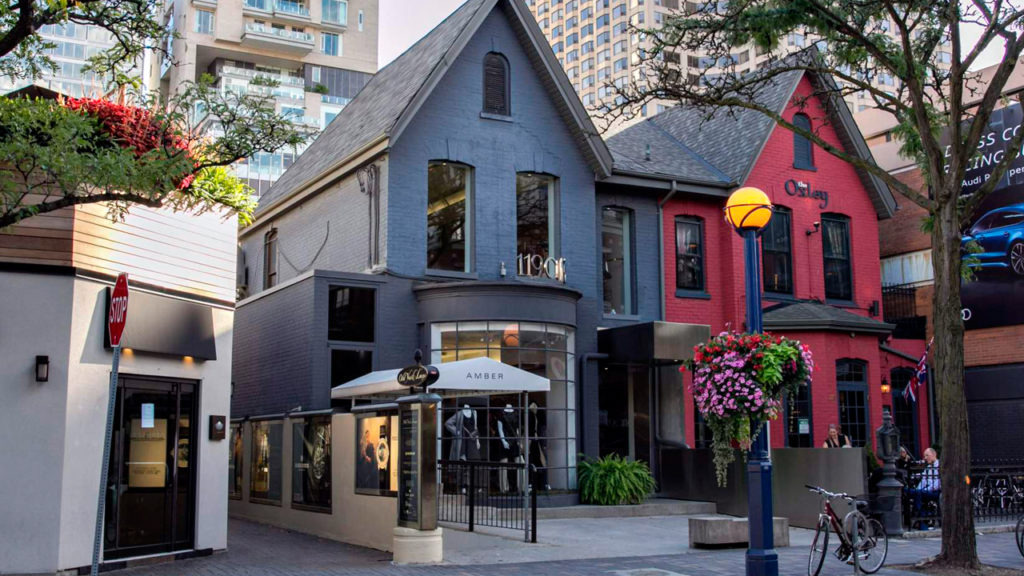 Named after the British term for the bridge of a song, Middle8 is the latest restaurant and soon-to-be live music venue to hit Yorkville. Chef Andrew Carter quietly opened the restaurant in the former Amber nightclub on Yorkville Ave. on June 16 after patiently waiting over a year for pandemic restrictions to ease.

Carter, a British native and the owner of gastropub the Oxley and Italian-inspired SALVO, said he chose to forego advertising and social media efforts for the launch in favour of engaging passersby in real-time. So far, he says, the community response has been excellent.

“People have enjoyed everything we’re been offering—cocktails, the wine list, our craft beer selection,” Carter says. “Anything and everything on the menu are things that I love. All the dishes are spot on.”

The menu focuses on oysters and charcuterie as well as seasonal produce and small plates.

The chef and restaurateur says he had been eyeing the space for years, and when the lease finally became available, he jumped at the chance to start something new there. As its name suggests, Middle8 hearkens back to the folk music era of the ’60s and ’70s, when greats such as Joni Mitchell, Neil Young and Gordon Lightfoot honed their craft in the Yorkville neighbourhood.

“Middle8 is going to be a live music venue, so I wanted a name that had a British connotation and a musical connotation, and it all flowed together,” Carter says. “We’re hearkening back to the ’60s and ’70s of Yorkville when it was the pinnacle of music, so it’s a small, very intimate cocktail bar where you can listen to great music. I basically built the bar I want to drink in.”

The restaurant will have a similar feel to the Oxley, only slightly edgier and with elements of a speakeasy.

Carter has assembled a dream team for Middle8 including Chef Chris Wilkinson of Sofia and the Broadview Hotel, Aleks Russell at the bar and sommelier Julie Garton, wine director at the Four Seasons Toronto. He says the menu has come together seamlessly, and all the dishes have been thoughtfully curated to create a consistent flow.

Featuring a selection of small plates, the menu includes highlights like a black mushroom dish with portobello mushroom braised for four hours then sliced like carpaccio and paired with pecorino cheese. The wines can be paired with each dish or sipped on their own, while the liquor-forward sipping cocktails bring a prohibition-era feel to the bar.

“It’s almost like grazing menu, there are only a few dishes, which you can combine together,” Carter says. “I said from the beginning every dish has to taste really well and have a punch to it because with the small plates you only have a moment to impress people so everything has to be really well executed but flavourful.”

Middle8 will make for a lively new addition to the Yorkville area, and Carter says he’s looking forward to continuing to serve the community that’s become like family over the years.

“I’ve gotten to know the people who live in Yorkville, they’re my neighbours, so when I told them about Middle8, they said ‘this is fantastic because we don’t have anything like this,’ so I think it will really add to the neighbourhood,” Carter says.

Middle8 is located at 119 Yorkville Ave.