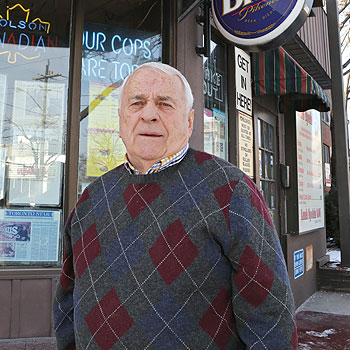 The mid-rise revolution is well on its way to Avenue Road, with a new development slated for the corner of Avenue Road and Fairlawn Avenue. On Jan. 15, the North York Community Council approved final plans for a seven-story, mixed-use building stretching from 1678 to 1704 Avenue Rd.

The new development is the second mid-rise building approved for Bedford Park and likely will not be the last. The stretch of Avenue Road between Lawrence Avenue West and Wilson Avenue was one of the areas singled out for larger residential developments by the City of Toronto’s city planning department in 2008. Ward 16 councillor Karen Stintz said that, although the new development will follow similar plans to those set out for the development at 1717 Avenue Rd., city planners took local concerns about that condo into account while planning the new development at Fairlawn Avenue. Paul Byrne, manager of City of Toronto, community planning — North York district, says that includes improved tree-planting and landscaping.

“It’s going to be an attractive building,” he said.

“Hopefully it will bring a nice streetscape to Avenue Road.”

The new developement will not, however, please the area’s wing lovers. The new condo is slated to taking over the corner that is currently home to Bistro on Avenue. The chicken wing landmark, one of the founders of the St. Louis franchise, will be forced to relocate next year.

“Bistro is one of the few places in the area where all kinds of people come together," said Andrew Frost, a resident of Lawrence Park, who was shocked to learn of the condo development slated for that site. “It’s an important part of our community.”

But Bistro owner Louis Nemes has no plans for permanently shutting down shop. Although he has yet to find a new location for the Bistro, he said he will stay in the area and on Avenue Road.

“We’ll open at a new location when it comes to that,” he said. “The customers here, they wouldn’t let me leave.”