Michele Romanow on Meta, Toronto becoming a tech superpower and what's next - Streets Of Toronto
Skip to content 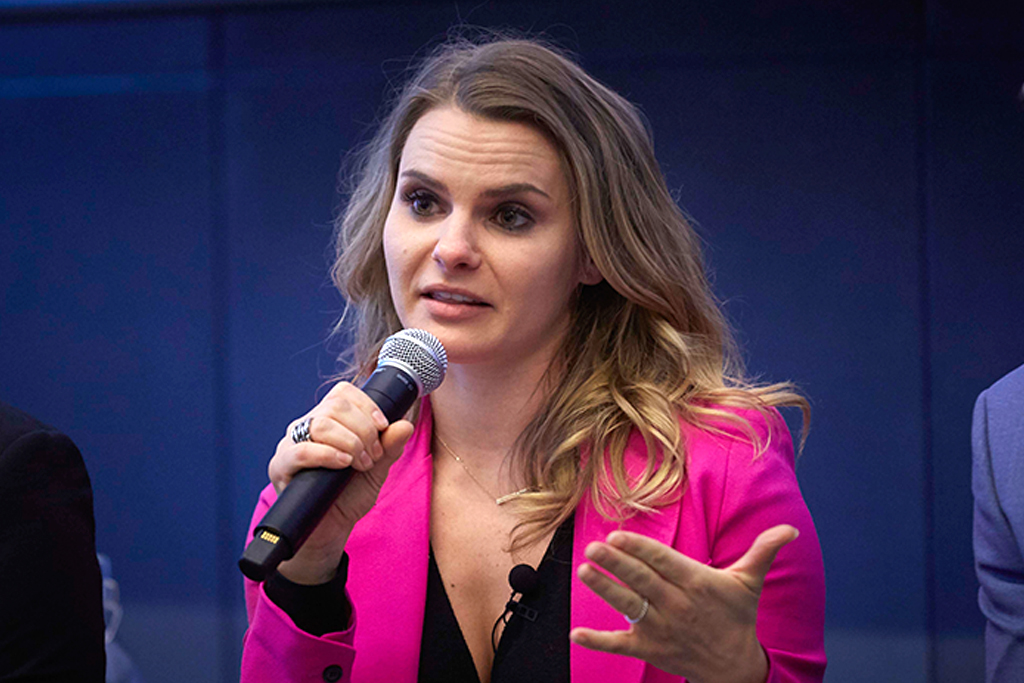 As Toronto is quickly establishing itself as a world-class tech hub, Post City went to Michele Romanow, a “dragon” on the TV entrepreneur show Dragon’s Den, CEO of startup Clearco, and frequent participant in our real estate roundtables, to see how Meta’s move might affect the city and why they were drawn here.

Meta, the company formerly known as Facebook, has announced plans to create a new engineering hub in Toronto, which will include up to 2,500 new hires over the next five years.

The answers below have been edited for brevity.

Why do you think Meta is investing in a new office in Toronto?

Toronto is a hub for innovation — I am not at all surprised by their plan to bring engineering jobs to the city. Over the last decade, we’ve seen an expansion of the country’s start-up culture and ecosystem, allowing Canadian tech businesses to flourish.

Canada’s top three tech hubs (Vancouver, Toronto and Montreal) are among the fastest growing markets for jobs in technology. Toronto was the fastest-growing tech job market in Canada and the U.S. from 2013 to 2018, and it now ranks as the fourth largest market for tech talent beyond the traditional powers of NYC and Silicon Valley.

Tech giants like Amazon and Microsoft have already planted roots, so it was only a matter of time, and I think it’s a great move to tap into the diverse talent in Canada early on in the foundational stages of the initiative.

Meta’s move will solidify Toronto’s growing position in the tech scene, which already rivals other major tech hubs like the U.S. Believe it or not, the city is home to more tech workers than Chicago, LA, Seattle and Washington, D.C.

Why is Toronto becoming a major tech hub in the world?

There are many factors, but we can attribute much of this growth to almost a decade of consistent investment from local universities, government agencies and business leaders, as well as a fairly liberal immigration policy.

Toronto’s tech roots run deep and we have cultivated the resources to sustain this gradual boom. The city has become home to so many tech unicorns like Clearco and WealthSimple. They are rising above the pack and carving new paths in fintech.

Toronto has always been unique in its industries, but what sets it apart is the home-grown talent and the breadth of industries.

How can Toronto get to the next level with its tech scene?

We need to be a bit more brash and outspoken about some of the tremendous companies that have been built here. Stereotypically, Canadians are definitely more quiet than our southern neighbours and therefore we don’t talk about the huge successes like Shopify, WealthSimple, or even Lululemon.

What is happening in Toronto’s scene that is unique and exciting?

I’ve experienced firsthand the swell in the tech scene, which has undergone so many transformations as a result of the pandemic, like most industries. Notably, the Fintech scene in Toronto is changing the way people work. With more agility and flexibility around remote work, Toronto companies are expanding their net to attract international talent like never before.

I’ve been entrenched in it for so long that it’s truly amazing to take a step back and realize how far we’ve come as a country, and it’s completely validated the notion that the city is more than friendly faces and an e-sports scene — it’s the next global tech destination, and it’s absolutely here to stay.

What areas is Toronto a leader in?

An exciting trend that aligns with Facebook’s decision to plant a flag in Toronto is the emergence of competencies within “deep tech” — we’re talking about AI, blockchain, AR/VR and, most recently, cybersecurity. Canadians have a special ability to maintain a keen eye on dual focal points, advancing business priorities and ensuring advancements positively impact people’s lives. This duality has contributed to some of the best-equipped talent in the world for deep tech avenues.

Absolutely! Clearco is a great example. We started in 2015. We are now at more than 500 employees with the majority of our workforce based in Canada. Where there is growth, there are jobs, which is a crucial kickstarter for our economy and ability to support home-grown entrepreneurs and native startups.

Yes! Canada offers such a stellar environment to explore entrepreneurial endeavors thanks to our friendly policies and startup visa program. It’s no wonder companies want to do business with Canadians, it’s a welcoming, accepting, inclusive environment.

Overall, our strength is in our diversity. Nearly 50 per cent of Toronto’s residents were born outside the country in 2016, and has no doubt risen since then. There is so much talent worldwide that has been captured by Canada, it’s truly a unique part of our Canadian fabric.

Can you describe Toronto’s “tech ecosystem”? How do companies feed off each other?

The ecosystem is absolutely life-changing, and it truly feels like a tight-knit network even as it expands. It feels more like a family, everyone looks out for each other and we share a talent pool, so there is always a healthy level of friendly competition. This pushes companies to be forward-thinking and progressive in their workplace culture and hiring practices.