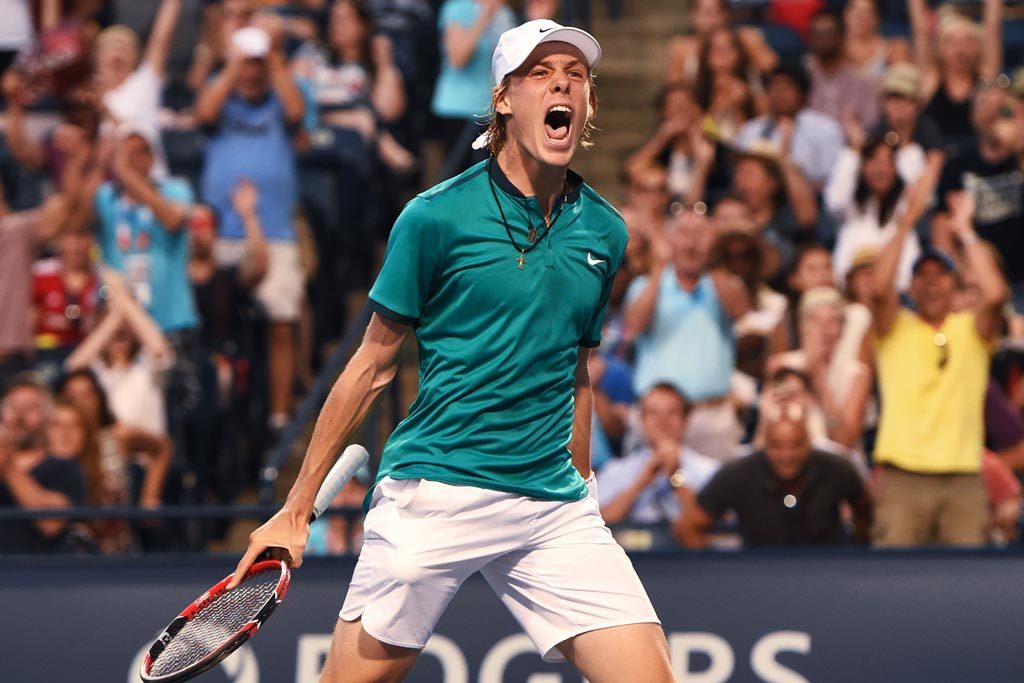 It’s been a wild year so far for Denis Shapovalov. The 17-year-old Richmond Hill native has burst onto the tennis stage in 2016, surpassing even his own expectations.

Shapovalov is part of a growing contingent of Canadian tennis stars, which includes Milos Raonic, Eugenie Bouchard, Vasek Pospisil and Peter Polansky. Shapovalov, Raonic and Polansky all grew up and trained in the north part of the GTA and are contributing to a surge in popularity for tennis in the region.

Born in Tel Aviv, Israel, to Russian parents, Shapovalov moved to Canada with his family before he was a year old. He began playing tennis at age five and was coached by his mother, Tessa, who was a national team player in the former Soviet Union.

In 2012, Tessa opened a tennis academy in Vaughan, where Denis Shapovalov still trains. Tessa remains part of his coaching team.

Shapovalov quickly found success on the court. After winning several junior ITF titles in 2013 and 2014, he teamed with fellow Canadians Félix Auger-Aliassime and Benjamin Sigouin to win Canada’s first ever Junior Davis Cup in 2015. He also defeated Auger-Aliassime to claim the under-18 Canadian national title. Shapovalov also won three ITF Futures tournaments in the early part of 2016.

Shapovalov then had his coming out party at Junior Wimbledon. By capturing the boys’ singles title and reaching the doubles final, he gave arguably the most successful Canadian performance ever at the grand slam event. He became just the third Canadian to win a junior grand slam singles title, earning a wild card spot at the Rogers Cup in Toronto for his efforts.

Despite being the youngest player in the tournament, Shapovalov stunned his first-round opponent —  Australian Nick Kyrgios, ranked No. 19 in the world at the time — with a three-set victory in front of a hometown crowd. Supporters waved a giant cut-out of his head as he hit winner after winner.

“It’s very hard to ask for something like this,” Shapovalov says of his successes in 2016. “It’s exciting for me. I haven’t had a chance to really enjoy it yet.”

Shapovalov couldn’t keep the momentum going in the second round of the Rogers Cup, losing to Bulgarian Grigor Dimitrov. Nevertheless, the impressive run of play has put him on the tennis map in Canada, alongside the likes of Raonic, Bouchard, Pospisil and Polansky.

“I’ve been looking up to them for so many years, so to be spoken of with them is very exciting for me,” Shapovalov says.

He plays left-handed with a one-handed backhand, something that’s rare in young tennis players. He considers himself an aggressive player overall, especially off the serve, but is seeking more consistency in his game.

“I can’t always go for the craziest shots,” Shapovalov says. “Sometimes you have to work the point until you get the right shot.”

When he’s not playing tennis, training or studying — Shapovalov attended Stephen Lewis Secondary School in Thornhill and now takes classes online — he’s a typical teenager. He enjoys playing video games (NHL, Call of Duty and Battlefield are his favourites) and socializing with friends.

He enjoys the peace and quiet of his Richmond Hill neighbourhood and is quickly becoming a local celebrity at home.

“Walking around the street, everybody’s been congratulating me.”

Career-wise, the next step for Shapovalov is making the qualifiers of the professional grand slam tournaments. His world ranking now sits at 291, following the win over Kyrgios, and Shapovalov hopes to soon crack the top 200.

“Once everything clicks together, it’s going to be good. With tennis, you never know,” he says. “A year ago there was no chance I was expecting to be playing in a Rogers Cup or winning Wimbledon.”

At this rate, it won’t be long before Shapovalov is a household name in tennis. Speaking of names, it’s pronounced sha-POE-vah-lov; the first two syllables sound the same as “chapeau,” the French word for hat. And there’s just one N in Denis.

Shapovalov isn’t bothered much by people struggling with his name.

“Eventually, they’ll get it right.”