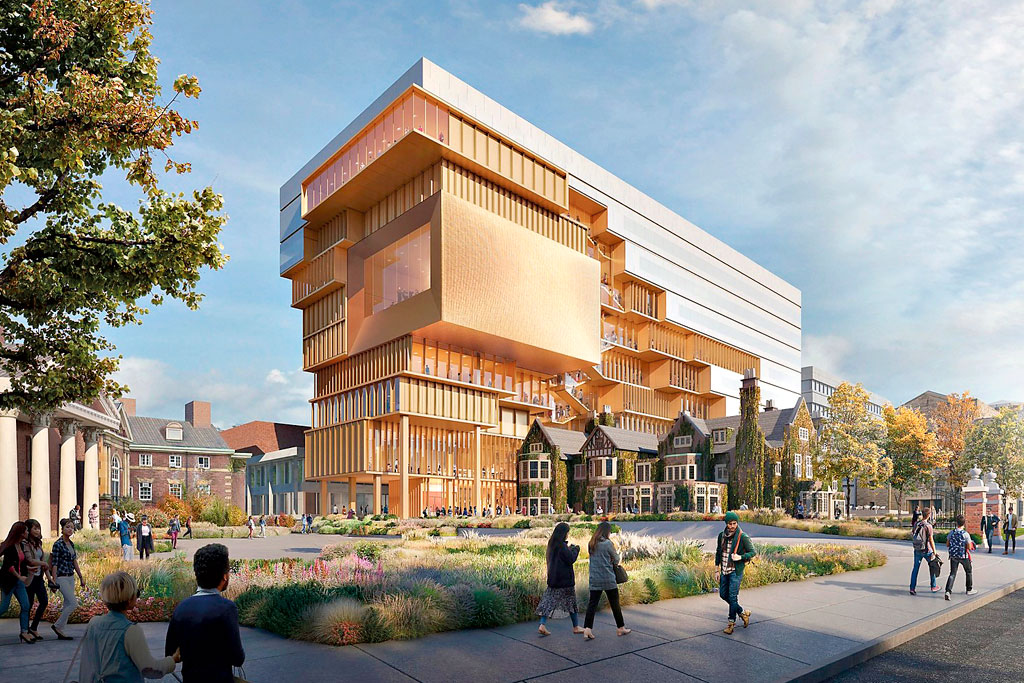 A decision on a zoning-bylaw amendment that would pave the way for a controversial nine-story development in the Queen’s Park area, as well as the destruction of the McLaughlin Planetarium, has been deferred pending a study of the area’s cultural heritage landscape.

The University of Toronto has submitted an application to build a nine-story institutional building at 78-90 Queen’s Park. While Falconer Hall and the Edward Johnson building are to be retained and integrated into the development, the McLaughlin Planetarium is slated for demolition.

The development is opposed by several nearby residents groups, eight of which have united to form the Queen’s Park Coalition. In a letter to councillor Mike Layton, the coalition called the proposed development disruptive and out of place.

“There are some concerns with the proposal in the context of Queen’s Park, particularly in between Bloor and College. This is a historic area of Toronto and some concern from heritage experts was that the development hadn’t been looked at in the context of that corridor, that street, that cultural heritage landscape,” said Layton.

“The way typically that applications of this sort are viewed is that the city will ask the applicant to bring forward a heritage study that says it’s appropriate in the context of the surrounding buildings, but in this case there was a desire on the part of city heritage experts, not city staff, but those who we appoint to be on our heritage preservation board, to use that lens to look at the project.”

The delay is good news to Jeffrey Balmer, a Toronto native who now teaches architecture at the University of North Carolina. Balmer launched an online petition to save McLaughlin Planetarium that has garnered more than 12,000 signatures.

The planetarium opened to the public in 1968 and was a beloved place for school field trips and Laser Floyd shows until it was closed in 1995 and sold to the University in 2009. It was designed by Hugh Allward and George Gouinlock and features a modernist design.

“Historical preservation is well understood for Victorian architecture or old architecture,” said Balmer, who hoped that the development’s architects would have been able to adaptively reuse McLaughlin even if its future as a planetarium is out of the question. “Modern architecture is a harder sell with the public and with authorities who are responsible for making decisions about what buildings we want to set aside for the future.”

Balmer pointed to a failed effort to save the former Shell Tower at the CNE grounds, which was demolished in 1985 to facilitate the racetrack for the Molson Indy, to note the difficulty in trying to save modernist architecture.

“I think a lot of people look back and think gosh we should have saved that. I think people are just starting to appreciate the mid-century modernist contribution heritage,” said Balmer.

“It’s gotten just old enough that people are starting to say, yes we should keep that, and I think the planetarium building is a magnificent example of mid-century architecture in Toronto and I think it would be a real shame if it disappears.”

Layton said he is currently unaware as to when the study might be complete but he will soon be briefed by staff on the process.

“I would hope that any delay would help,” said Balmer. “I think with every passing year the value of a building like the McLaughlin building becomes more evident, we’ll see.”