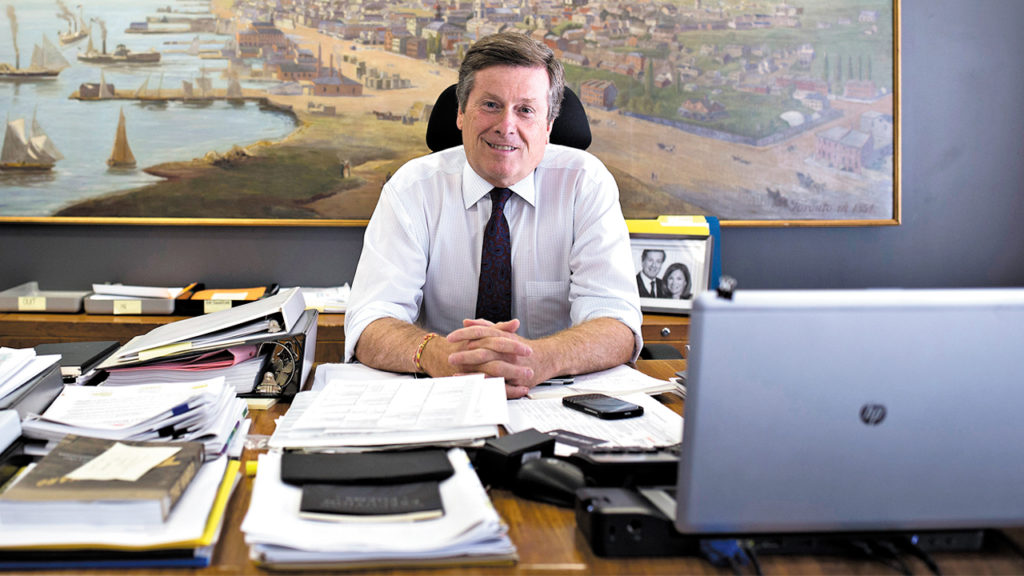 What is your message to Toronto heading into the holiday season?

Take hope from what we just went through, you know, because it shows that the fundamental foundations, the fundamental values and the fundamental approach of Torontonians, to supporting each other in tough times, it’s all still there. And that as the pandemic recedes, it’s going to come to the fore again. It’s already started to happen. People should be incredibly optimistic about the future this city has. And you know, I’m not bullish just because I’m a cheerleader. Of course, I’m a cheerleader, because I want to try and make people inspired and confident about the future. But I’m bullish because I believe all the fundamentals are there to have us bounce back stronger than ever. And I just believe that is going to happen. It just requires a bit more patience and a bit more time. But all the fundamentals are there. So people should have hope. And they should give each other hope and make sure they don’t show their frustration because I know it’s been frustrating, to say the least, but be hopeful, be inspired and inspire others.

What have you learned from the pandemic?

What I’ve seen in the face of something like this, which is absolutely unprecedented and that affected everybody in some way or other, whether it’s health or otherwise, was how people reacted to it. And I saw a tremendous reaction, which I’ve often commented on, in facing an attack where people stepped up to help others.

What has surprised you?

The notion that we, as a city, are approaching 90 per cent of people fully vaccinated is extraordinary. And I don’t think people who have been part of that, I mean, we provided the infrastructure, but I don’t think they realize, in global terms, how extraordinary an accomplishment this is and how it is helping us today, to be in better shape in terms of the pandemic.

When you see something happen like the flooding in B.C., what goes through your head as mayor?

You know, thank goodness we haven’t experienced anything like that. But the real kind of reasoning behind our declaring a climate emergency here was because of things like that, that could happen here.

One city councillor has already decided not to run in the next election. Do you think more will follow suit? Is there burnout?

Nobody has said so to me. It’s been a trying period of time, but at the same time, it also reminds you of the fact that some other things were put a bit onto the side burner, because you just couldn’t deal with it during an emergency, and you might want to proceed forward with it. I mean, notwithstanding the pandemic, we continue to make immense progress on affordable and supportive housing. And I’m happy about that. So I think a lot of people are thinking like I am, which is, well, there were things that just got put a bit to the side because of the pandemic, and that, you know, if you really believe those things need to get done and that you believe that you can get behind them in a way that perhaps others couldn’t, that might cause people to stay.

I should ask then, if you are planning to run again?

I would have to sit down and have discussions. The first discussion is with your family and whether they will, you know, put up with you doing this on a continuing basis, because there’s no doubt it affects your family life. Second is yourself and whether you want to continue to do this kind of work, which you understand enough about it to know it’s unusual in the context of some of the demands that it makes on you. And then the third is that discussion that says, well can you be of benefit to people by your remaining in office.

Our last issue was dedicated to the city’s most inspirational women. Who inspires you?

I just think that this is the time when the reflection that naturally comes your way as to what inspires you or who inspires you is, you know, the example, after example, after example of these community organizations that have always existed but really came to the fore during the pandemic. And the executive directors of some of these organizations that are relatively anonymous, you know, but played extraordinary roles.