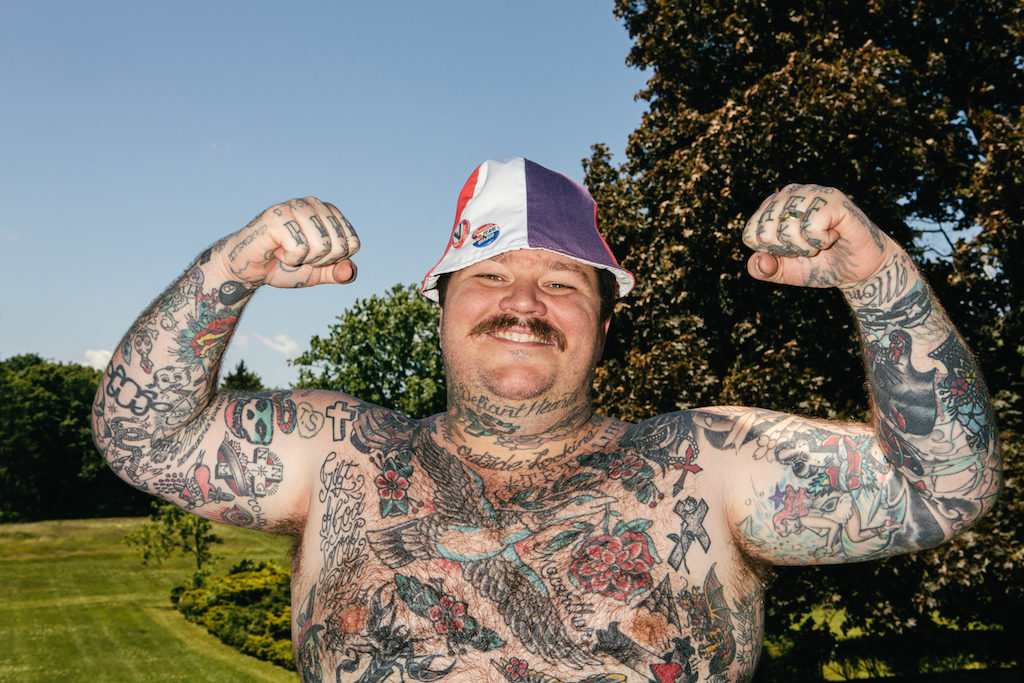 Toronto’s most bombastic celebrity chef and internet personality is holding a food-fest fit for the overindulgent.

Matty Matheson threw the first MATTYFEST as a birthday bash for himself in the basement of his now-shuttered Parts & Labour. The entire hard-core music and food festival was supposed to be a one-off weekend of festivities to celebrate the Parkdale patriot, but now he’s taking it to the big time.

Since the departure of our favourite Parkdale pourhouse, Matheson has been cooking up some major moves with Live Nation and People’s Champ Canada. On Sept. 7 at RBC Echo Beach, Matheson and Live Nation present, MATTYFEST 2019. This full day food-a-thon will be packed with some of the city’s best culinary wizards along with music from some of the top artists of our day, (the headliners are none other than all surviving members of the Wu-Tang Clan). Toronto’s most notable names in Canadian food culture will be serving up some fantastic fare. The festival brings together Toronto’s hottest restaurants, including Buca, Canis, Pinky’s Ca Phe, Superpoint, Imanishi, and Cherry St. Bar-B-Q.

Globally renowned American pitmasters Billy Durney from NYC, Pat Martin, the king of Tennessee BBQ, and Sam Jones from North Carolina, will be heading up the event showing off their superior smoking skills. Meanwhile artists like Danny Brown and Descendants, as well as Toronto’s own Jennifer Castle, take to the stage to make sure you dance off your first meal to make room for the second.

Matheson will kick off the weekend on Sept. 6, with an exclusive Charlie’s Burgers dinner at Stackt Market, where Matheson and esteemed colleagues will be serving a private menu in celebration of all things Matty. The tickets and menu will be announced at a later date, but they’re expected to be very limited.