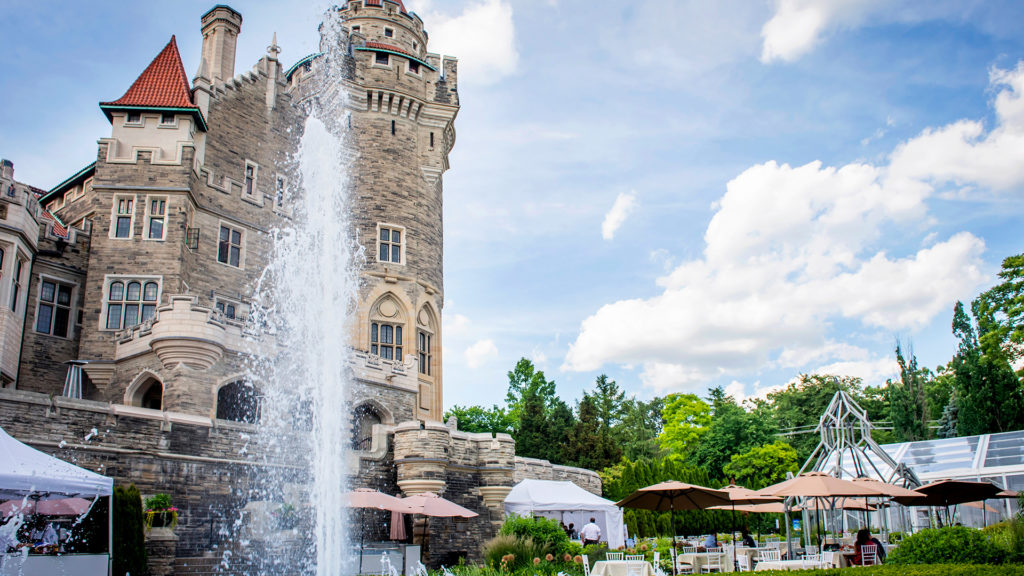 There appeared to be some confusion recently over a portion of Toronto’s Casa Loma after city councillor Josh Matlow was alerted to some building happening on the site north of Austin Terrace.

According to Nick Di Donato of the Liberty Entertainment Group (LEG), which manages the site for the city and has turned it into a successful and vibrant attraction, there were plans afoot to transform the area into a new location for its prized Michelin-star restaurant Don Alfonso. Liberty Group when through the usual city channels, and was set to move ahead with the project when things seemed to go off the rails.

“We had opened Don Alfonso in the conservatory, but we were under contract for weddings and events and so on,”   said Di Donato. “We had to move on and we thought the stables area was a fantastic opportunity. It was a complement to Casa Loma itself, and it wouldn’t impact the community in any way.”

Di Donato said a restaurant north of Austin Terrace would also allow Don Alfonso to live up to its billing as a farm-to-table restaurant by growing food in the gardens.

He said, everything was approved by the city except the building permit needed for the kitchen, which is what seemed to have alerted councillor Josh Matlow to the situation. That, and news from concerned local residents that there was activity happening on the site, where there was not meant to be building, according to him.

Di Donato decided to walk away from the situation a few weeks back and instead announced he was opening Don Alfonso in the Westin Harbour Castle hotel.

This was just weeks prior to the announcement that the Michelin Guide to restaurants would soon be coming to Toronto.

At a city council meeting this week, Coun. Matlow introduced an agenda item that would engage city staff in a fact-finding mission to see what happened, and whether or not it is permitted within the agreement between LEG and the city of Toronto.

“There needs to be sunlight and accountability,” Matlow says. “With the goal of establishing a transparent and accountable path. And then we can debate it. You know, this was done in a, I think, it was inarguably done in a very quiet way.”

Matlow explained that he’d heard from local residents in the Casa Loma neighbourhood that there was work being done at the stables. “Things that indicated a restaurant was being built,” he said. “But there’d been no public notice and no information. It was just a surprise to everybody in the neighbourhood.”

Matlow then contacted city staff and tried to figure out what was going on, and heard back from Cheryl Blackman of Toronto Economic Development and Culture.

“Her understanding was that according to the lease, that Liberty Group was allowed to move ahead with the restaurant,” he said. “But that they would be more than happy to consult with the residents in my community about mitigating issues like if they had concerns about traffic or noise or where the patio would be situated or things like that.”

Matlow’s through his office requested an opportunity to review the lease after what he described as encountering a lot of things that “didn’t seem normal.”

Of course, Liberty Group has already established a beautiful fine dining restaurant at Casa Loma, BlueBlood Steakhouse. But that is at the main property, not north of Austin Terrace.

So, at city council, Matlow requested some clarity regarding the arrangements between the city and the Liberty Group.

However, when Matlow moved a motion at city council to refer the item to the General Government and Licensing Committee for consideration, it was not carried. However, a motion to simply “receive,” it item by city councillor Mark Grimes was carried.

It is unclear what happens next, other than the Casa Loma neighbourhood is out one potentially Michelin-starred restaurant.