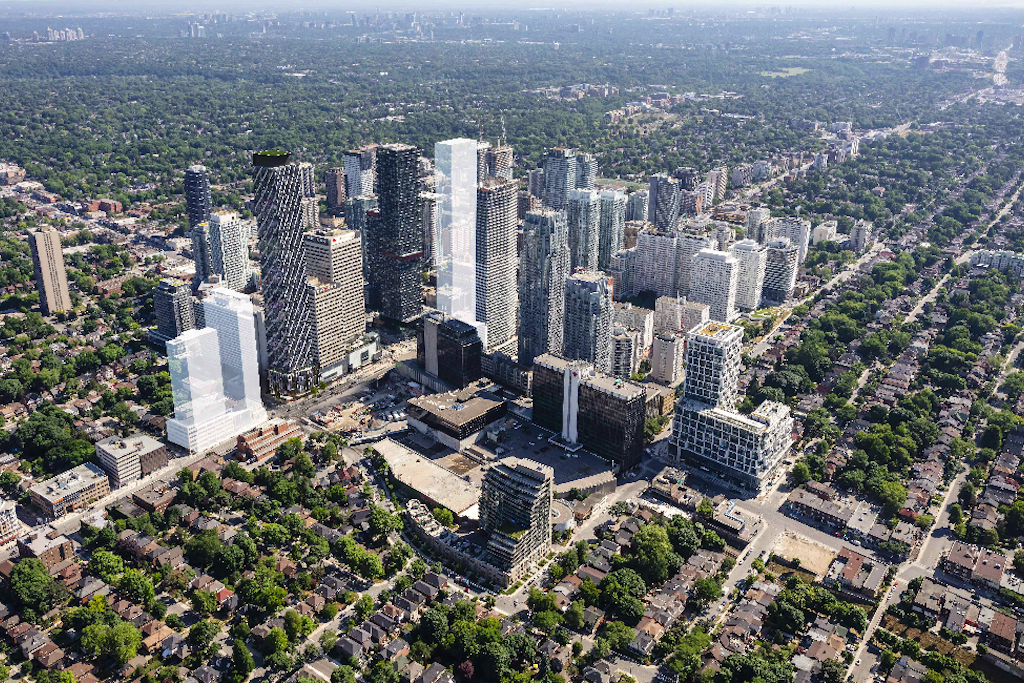 A previously proposed tower at Yonge and Eglinton has almost doubled in height to become the latest tall midtown development to be submitted to the city for approval.

The proposal for 36 Eglinton West was first put toward the city by Lifetime Developments and approved for a height of 39 storeys, but due to restrictions lifted by the province, the application has been changed to a whopping 65 storeys. If built, it would be the tallest tower to be built north of Bloor in Toronto.

The new height though goes beyond what the area can handle, according to local councillor Mike Colle.

“Sixty-five storeys is obscene and disgusting,” Colle said. “Right now there is no daylight there, there’s no room to walk on the sidewalk. You can’t get on the subway.”

Colle said the midtown development application was changed a couple of weeks ago and there currently are no laws to limit a tower’s height due to the province amending the TOcore and Midtown in Focus plans in June last year. It was done without consultation from the city and allows development to outpace infrastructure.

“The province has given [developers] free reign to do whatever they want,” he said. “This type of doubling [in height] is unprecedented.”

The site currently hosts a mid-density office building. The tower, designed by Wallman Architects, proposes to include 663 one-to-three bedroom condo units along with retail space in a multi-level podium on the ground.

The midtown development is planned steps from Eglinton Station and near the new LRT station that is currently under construction, but Colle said he doesn’t see that making any difference to the density problems in the area.

“Nevermind the LRT, you’ve got to wait for six subway cars to get out in the morning,” he said. “We can’t handle what we have now, how are we going to handle 65 storeys?”

Colle thinks this project will set a new precedent for midtown development, which he said currently has towers around 40 storeys. Since the province’s policy changes, he said it will now be a “free for all,” and he doesn’t have much confidence in city council stopping it, either.

That is because the province has also amended the Ontario Municipal Board, which is now the Local Planning Appeal Tribunal, to give the province the ability to overrule municipal decisions and have the final say.

“We’re going to have a hell of a time trying to stop [this development],” Colle said “All we can do is take [the fight] to the streets — block traffic, whatever the hell we got to do, because the province basically only listens to developers.”