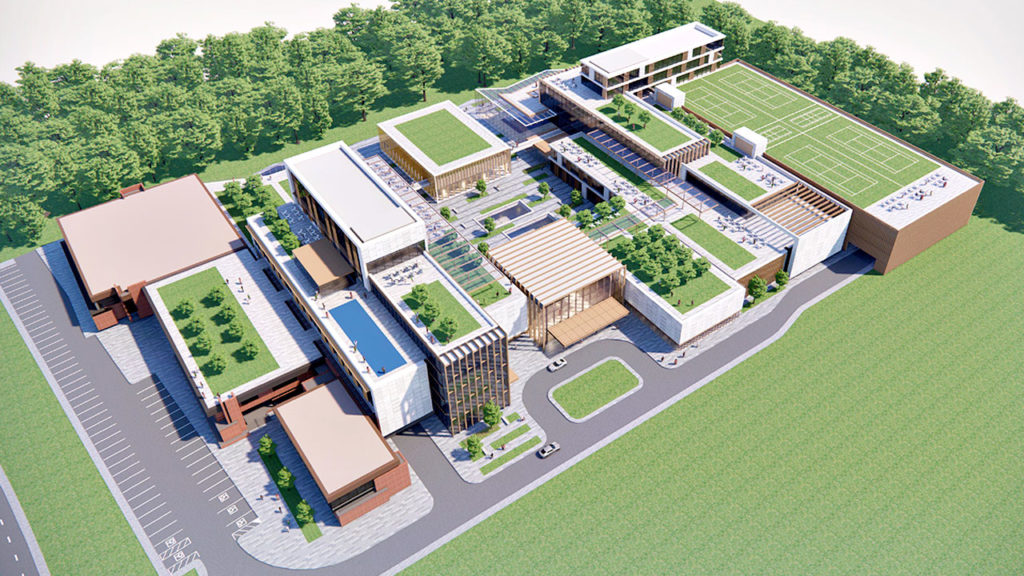 There’s an exclusive private club coming to Toronto and it involves a star-studded development team.

Joining the growing list of members-only private clubs in and around the city, is the Phoenix Centre, in Toronto’s Don Mills neighbourhood. Part office complex, part social club, the property is situated on a whopping 4.6 hectares of land, with plans for the development to occur over two phases.

Located at 1123 Leslie St., near the corner of Leslie Street and Lawrence Avenue East, the club will replace an existing office building and factory complex, and the space currently occupied by OTT Financial will remain. OTT Financial is a financial services company founded in Toronto in 2006. The developer of the club is OTT Properties.

The club will be owned and operated as a not-for-profit and include a variety of recreational, social, dining and business functions.

The scope of the private club development is huge, with a total gross floor area of approximately 24,834 square metres — or 6.1 acres — consisting of the existing and retained 4,530 square metres of office uses, with an additional 23,114 square metres designated for club use.

In 2019, the office building, which was originally constructed in 1962, was recommended for inclusion on the City of Toronto Heritage Register.

According to a city report, “1123 Leslie Street was constructed for the William Wrigley Jr. Company. Built at a cost of $3,500,000, the factory was one of two factories built as part of an international expansion (a sister plant was built in West Germany) (Associated Press 1962).

The William Wrigley [ Jr.] Company began in 1891 and is the largest manufacturer of chewing gum in the world. Wrigley remained on the property until the factory closed in March 2016.”

Phase 1 of the private club project will see the removal of most of the factory building while retaining the original office structure.

Additions to the existing facility include a central courtyard area and a rooftop terrace, and a new three-level underground garage will be available for club members and office employees.

Various social and recreational uses for club members will include basketball, tennis, badminton and pickleball courts, as well as a gym, swimming pools, and an ice rink.

There are also plans for a children’s play area and an auditorium, as well as the construction of ancillary banquet halls and dining areas.

“It’s an interesting proposal that will be really good for the neighbourhood, and I think it has the potential to be a landmark in the same way as the Granite Club,” said Denzil Minnan-Wong, city councillor for Ward 16, Don Valley East, in whose ward the new club will be located.

“There are certain landmarks or facilities in communities that add luster and prestige to neighbourhoods, and I think this [club] has the potential to have the same impact.”

The Granite Club, located on nearby Bayview Avenue near Lawrence, is a well-known private club a short distance away from the site of the Phoenix.

The project will be helmed by the esteemed architectural firm Kohn Pedersen Fox, which has been involved in the design of some of the world’s tallest buildings, including the Lotte World Tower in Seoul, South Korea.

Toronto-based firm B+H Architects, known for its bold designs, including the Metro Toronto Convention Centre’s South Building, will also be involved in the project.

Design and project details of the Phase 2 development will be outlined at a later date in an additional application.