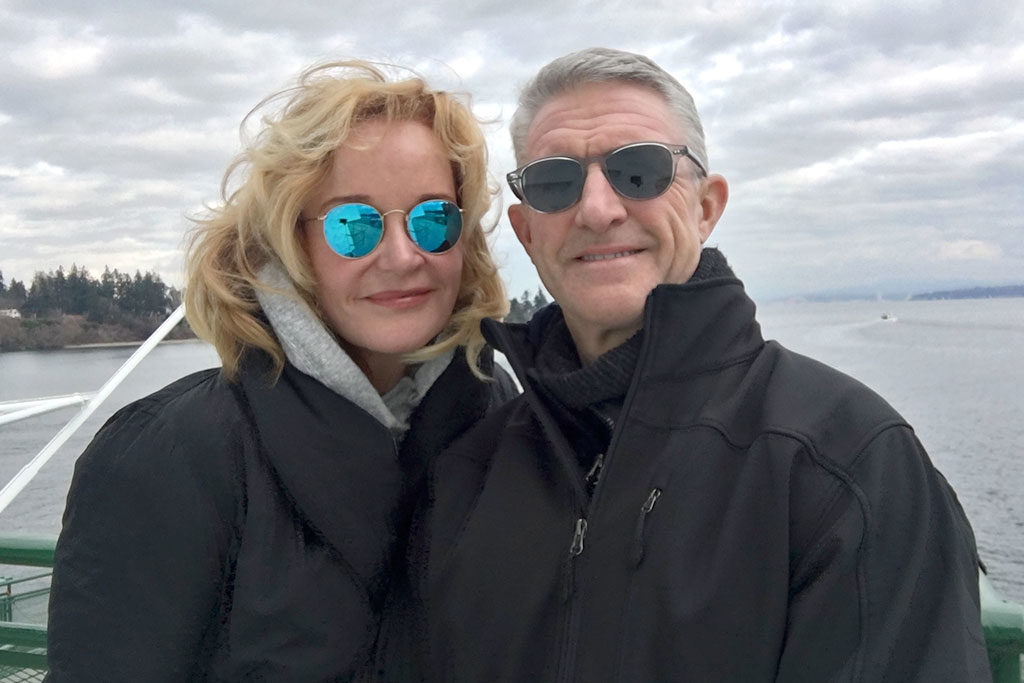 Local star Marilyn Denis, host of The Marilyn Denis Show and 104.5 FM morning show co-host, eloped in the summer of 2018 with her high school prom date, Jim Helman. Here, the pair share the story of how they reconnected four decades after their first date.

Marilyn: Jim moved from Baltimore, Maryland, to Pittsburgh, Pennsylvania, at Christmas of 1971. In January of 1972, we met in eighth grade homeroom at Ingomar Junior High School. Jim’s stay in Pittsburgh ended two years later when his father was transferred to a job in Nashville, Tennessee.

Marilyn: Our first date took place in spring of 1975, where we attended our high school junior prom in Pittsburgh. We went together as good friends. Nothing happened. We were two good, 16-year-old friends at a dance party. We had a great time dancing, catching up with friends, and since we were friends, there was no drama. At the time, Jim was living in Nashville, and he flew back to Pittsburgh for the prom.

Jim: Our courtship began when I thought of Marilyn while driving to the Pittsburgh airport after visiting my parents — 41 years after our one and only date: prom in 1975. I looked her up online and learned about her amazing career in radio and television. I wrote an email to her show to congratulate my friend on her successes. We subsequently chatted and a year later got together for lunch. We realized that our relationship could be more than a friendship.

Jim: We travelled to Carmel, California in May of 2018, where we stayed in a beautiful hotel overlooking the Pacific Ocean. We had a romantic dinner at a beautiful French restaurant, and then we walked back to our hotel. I was looking in the hotel garden for a place to propose but discovered another loud party of hotel guests had overwhelmed the garden. As I returned to ascend the beautiful, long and flower-draped stairs, I saw Marilyn at the top of the staircase, her face showered by moonlight. The perfect moment had presented itself to us.

Marilyn: We were married at Toronto city hall on June 19, 2018. My son Adam and my daughter-in-law Caprice were our witnesses. We had a pre-honeymoon in London, England, and we celebrated our honeymoon in Barbados.

Marilyn: We are very thoughtful of the demands of each of our careers. We value every moment together.

Jim: We share a love of music, love of arts, travel and being with our family and friends.

Marilyn: Right now, we are both very involved with work. We will get back to you on this query in 10 years.

The Marilyn Denis Show airs weekdays at 10 a.m. on CTV.