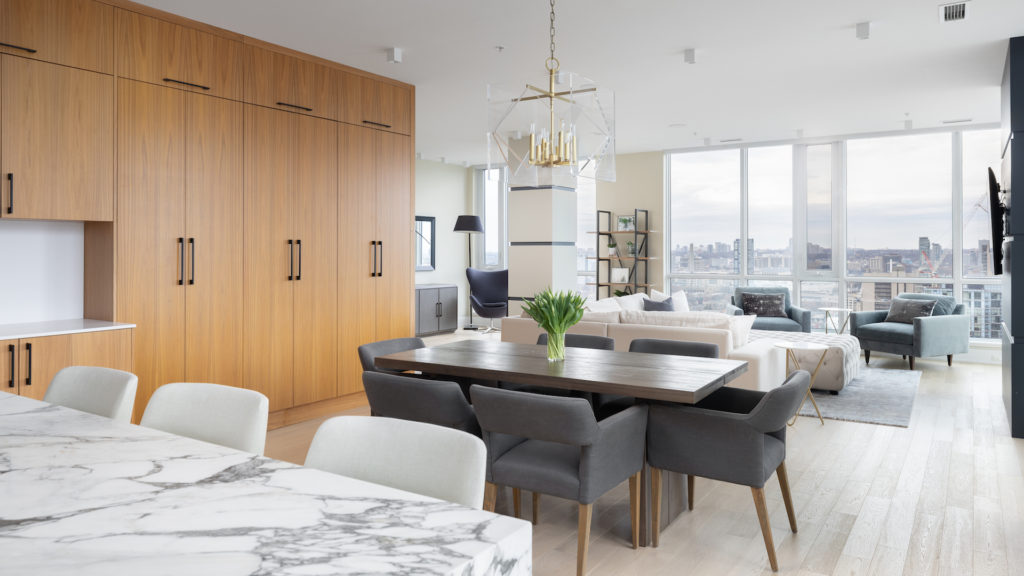 In a market of price drops, it looks like no one can escape the realities of the city’s real estate market — including former Toronto Maple Leafs star Nazem Kadri and his $5 million Toronto penthouse.

Ontario-born Kadri played for the Leafs from 2010 to 2019, and made headlines this past year with the Colorado Avalanches when he became the first Muslim player to win the Stanley Cup. The property’s new listing notes that the penthouse is “worthy of a Stanley Cup champion.”

PH102 has three bedrooms and three bathrooms, a balcony in almost every room, three walls of floor-to-ceiling windows and sky-high views of the city (including direct views of the CN Tower).

The living room, dining room and kitchen are combined in this open concept layout, and the kitchen features Miele appliances, an espresso bar and a wine fridge. There’s also a breakfast bar to relax at in the mornings.

The media room features a marble media unit, built-in speakers and is currently decked out with some fitting sports paraphernalia.

The primary bedroom is the star of the show, with a luxurious ensuite bathroom and a walk-in closet. The additional bedrooms are spacious and bright.

The unit is only one of two penthouses on the floor, which means these unbeatable views are basically all your own.