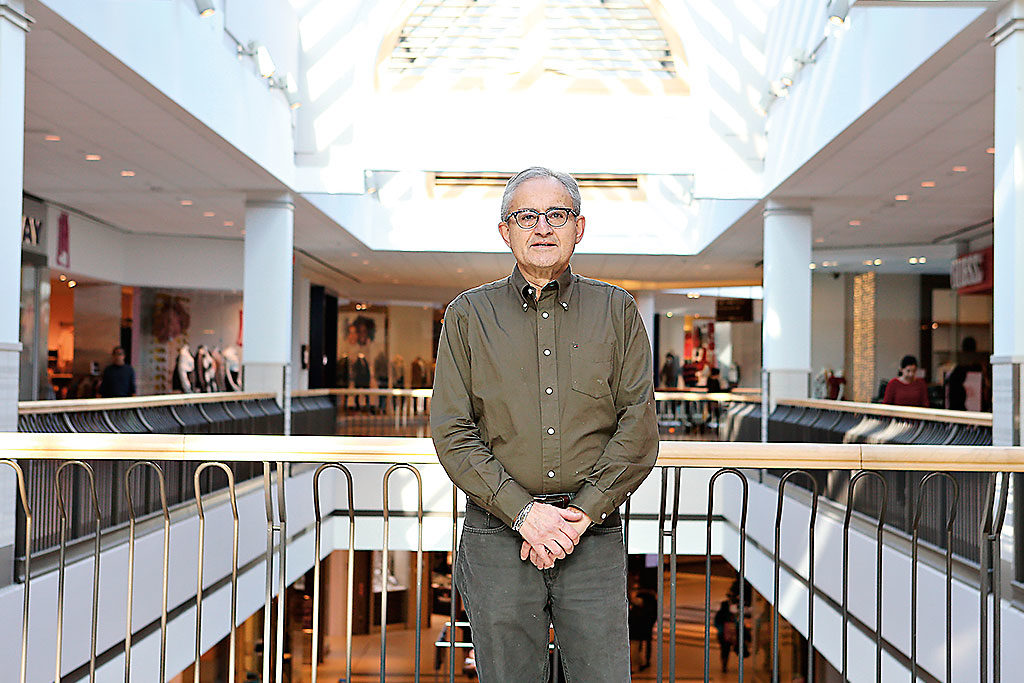 When the Promenade was first built in the ’80s Thornhill was truly suburban. The mall was located in an empty field with a scattering of single-family homes in the vicinity. It was built with an enormous amount of parking, and the only way to get there was by car. It was also the only retail game in town.

Things have changed dramatically. The mall is now surrounded by condominium towers. There is a transit terminal on its edge, and rapid transit is being built on its northern border. The department stores that were there are gone, and the retail world has changed dramatically.

Throughout North America, indoor shopping malls are shutting down and being replaced by fields of condos.

Even with all these changes, the Promenade continues to be an important focal point for Thornhill.

“The new owners have made a major commitment to … transform the property into more of a neighbourhood.”

The new owners have made a major commitment to not only keep the core retail function but also to transform the property into more of a neighbourhood.

Recently the owners have submitted a plan to the City and have held several community meetings, including one of the largest ever held in Thornhill, attended by around 400 residents.

The people attending the meeting were presented with a plan developed through a design competition won by WZMH Architects.

The plan includes two condominium towers of 35 and 30 storeys to be located at the old Sears location as well as a 23-storey hotel/office tower, a public plaza with new retail and restaurant buildings on the east side of the current mall. There will also be significant interior renovations including developing a much larger food hall across the width of the building, and a glass dome and a “high” street starting at the south entrance to the property and winding along the face of the building. It also includes creating safe, walkable access to the mall from the adjacent condo buildings.

It is expected that the formal submission to the City of Vaughan of the proposal will take place in January or February of 2019.

Sometime later in the year a formal recommendation will be presented to city council by the Vaughan planning staff.

At each of these stages, the public will be invited to comment on what is being presented to city council.